Laws criminalising the use of secretly recorded vision of animal cruelty and abuse are posing “too great a burden on speech”, animal rights activists have told the high court. 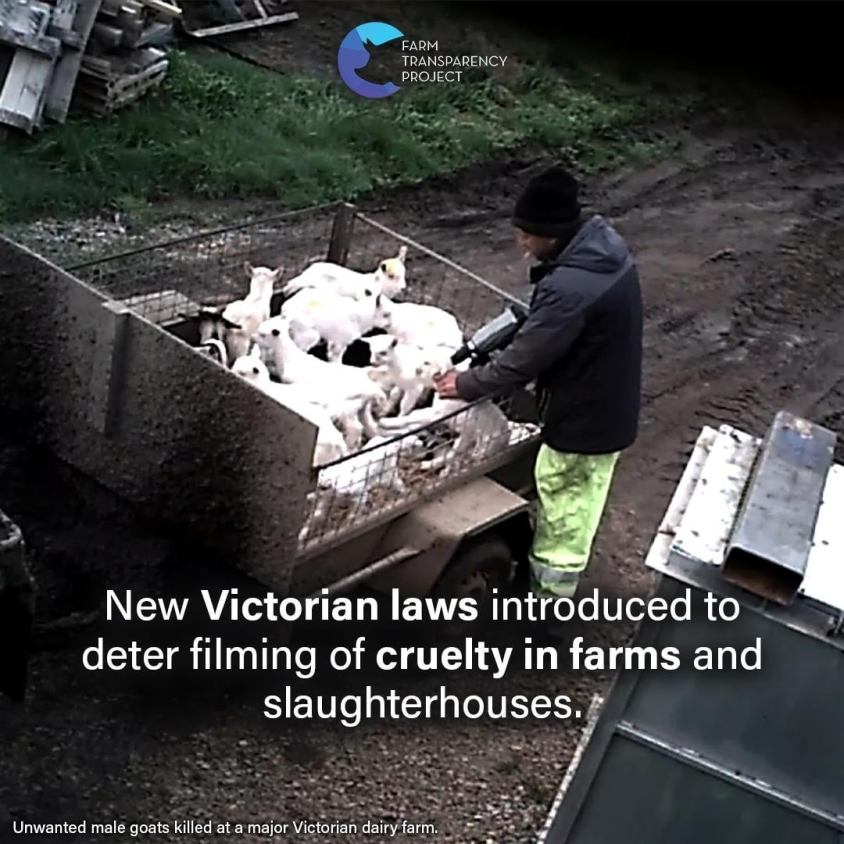 The Farm Transparency Project, an Australian animal advocacy group, launched a case earlier this year arguing New South Wales laws restricting the use of covert footage were an unfair burden on freedom of political communication.

The state’s Surveillance Devices Act criminalises the use of footage or audio that was obtained using a listening device or hidden camera, but, unlike other states, gives no public-interest exemption.

Those investigations have revealed countless atrocities in Victoria alone that would otherwise still be an industry secret:

• Live-baiting in the greyhound racing industry
• The maceration (blending) of live male chicks in the egg industry, because they won’t ever be able to lay eggs
• The slaughter of five-day-old male calves in the dairy industry because they won’t ever be able to produce milk, and female calves who are in excess of the farm’s needs
• The use of excruciating carbon dioxide gas chambers in all major pig slaughterhouses, previously touted by the industry as ‘humane’, and also for the killing of ‘unviable’ chicks in the broiler (meat) chicken industry, and ‘spent’ hens in the egg industry whose egg-laying has slowed
• Repeated failure of stunning methods at numerous slaughterhouses
• The routine killing of newborn male goats by the notorious ‘Gippy Goat’ farmer, as they are unable to produce milk and therefore useless to the goat dairy industry
• The routine ‘disbudding’ of newborn female goats at Meredith Dairy, using hot irons to painfully burn off the young goats’ budding horns
• Dogs confined, exploited and abused in puppy mills
• Routine mutilation of young animals without anaesthetic
• … and much more.

The laws have been used to pursue activists on criminal charges and have prevented media outlets from using footage depicting cruelty or abuse in abattoirs and knackeries across the state.

“That is essentially because the blanket prohibition is too great a burden on speech, having regard to the legitimate social interests in the publication of surveillance device material, especially to ‘blow the whistle’,” the transparency project argues.

The submissions point to the greyhound live baiting scandal as an example of a public interest served by the publication of such footage. That video helped spark a public inquiry and a finding that the NSW (New South Wales) industry had lost its social licence, prompting a proposed ban that was not implemented after a backlash.

The Farm Transparency Project executive director, Chris Delforce, has said previously the case has broader implications for so-called “ag-gag” laws across the country.

Delforce said challenging the validity of the law would help prevent other jurisdictions from enacting similar blanket bans.

“We’ve had enough – these industries need more transparency, not less,” he said. “The animals suffering in our nation’s farms, slaughterhouses and knackeries deserve to have their stories told, and the Australian public deserves the opportunity to hear them.”

Not all animal rights groups support the use of hidden cameras.
The RSPCA(!!!) is opposed to using unlawful means to fight for animal welfare.

The high court is expected to receive submissions from the NSW government this week, and Farm Transparency Project will be given a chance to reply next month.

“This video is “illegal”. The Australian state of NSW prohibits exposure of animal cruelty in farms, slaughterhouses, and knackeries.
We’re trying to change that. In just a few weeks, on February 10+11 , we’re taking on the NSW government and their “ag-gag” law in the High Court.

Let’s stop ag-gag before it spreads to the rest of Australia – because exposing animal cruelty shouldn’t come with a prison sentence”.

And I mean…The video is not illegal.

That’s how the meat industry lobbyists put it.

Illegal, or more precisely a disgrace to humanity, are the crimes against defenseless animals that courageous animal rights activists are discovering and publicizing how the ruthless meat industry treats defenseless animals without accountability for their crimes
How the meat mafia treats animals THAT is illegal and must be known.

Slaughterhouses and knackeries are places of horror.
Animals are kicked, thrown, crushed, wings are broken, claws are pulled out and animals are beaten bloody.
This happens every day, under brutal staff, who mostly sloppy anesthetize and they don’t care because and under the support of the state and the authorities who accept it all as a necessary evil that animals systematically suffer in these places for a long time..

Undercover investigators of this horror are brave people.
In their investigative undercover operations, they sometimes even risk their lives, because some the most animal abusers are also brutal towards people.
Undercovers are people who have enemies, especially in the meat industry.

The meat industry claims they don’t need stable patrols and can take care of animal welfare themselves, but according to video footage, they have nothing better to do than turn every slaughterhouse into a torture chamber and declare any violent cruelty to animals a private space that can’t be shown publicly. 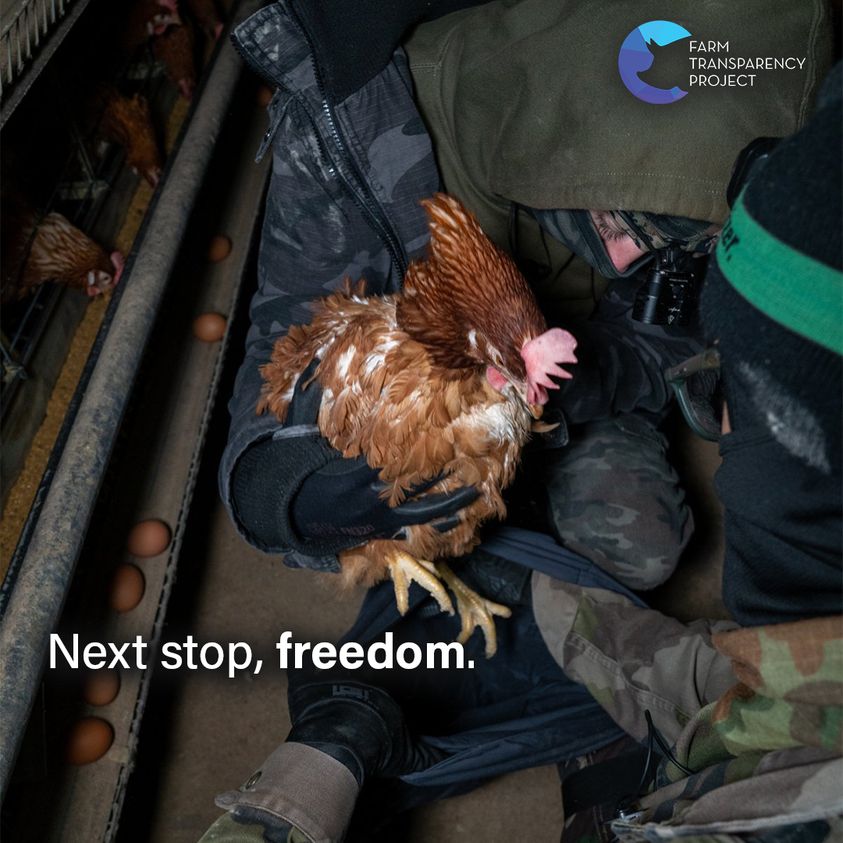