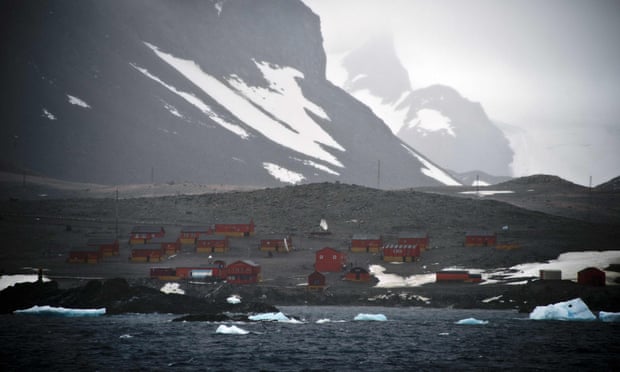 The Argentinian Esperanza base in Antarctica – seen in March 2014 – recorded its hottest day on record on Thursday. Photograph: Vanderlei Almeida/AFP via Getty Images

Antarctica logs hottest temperature on record with a reading of 18.3C

A new record set so soon after the previous record of 17.5C in March 2015 is a sign warming in Antarctica is happening much faster than global average

Antarctica has logged its hottest temperature on record, with an Argentinian research station thermometer reading 18.3C, beating the previous record by 0.8C.

The reading, taken at Esperanza on the northern tip of the continent’s peninsula, beats Antarctica’s previous record of 17.5C, set in March 2015.

A tweet from Argentina’s meteorological agency on Friday revealed the record. The station’s data goes back to 1961.