EU mafia: How crime bosses have abused the Brussels project to make billions!

THE European Union has allowed Mafia crime families to flourish by taking advantage of the bloc’s single market and lavish cash subsidies, an Italian MEP has claimed.

Sabrina Pignedoli, of the Five Star Movement, said crime bosses had capitalised on the EU’s expansion to Eastern Europe where they have invested vast sums of illicit cash in legitimate businesses.

During periods of economic crisis, Italian mafia-style groups – the Cosa Nostra, Camorra and Ndrangheta – have maintained a low profile in their home country while investing billions of euros into struggling firms across the Continent. They use the legitimate business to launder cash from their large-scale drug trafficking, counterfeiting and toxic waste management enterprises. 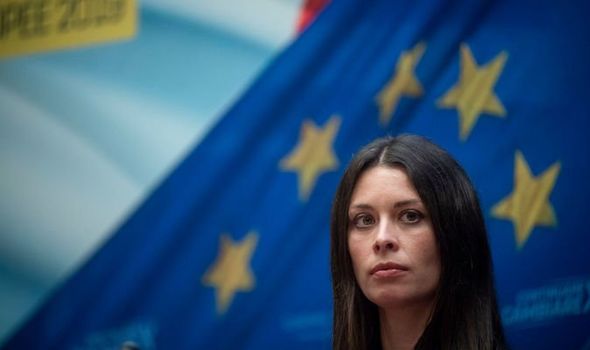 Ms Pignedoli is calling for Brussels to adopt a bloc-wide approach to tackling the Mafia’s presence in Europe.
In Italy, specific laws have been introduced to tackle mobsters’ illicit and often violent activities after decades of crime syndicates profiting from lax rules.
The legislation clearly defines the activities of crime families – illegal or legal – and allows for their assets to be seized and confiscated.
It has allowed Italian authorities to target associates of organised crime gangs even if they have not broken the law themselves.

This crackdown has led to the Mafia searching out new businesses opportunities elsewhere in Europe, Ms Pignedoli said.

She added: “The fact that there are no barriers in Europe it makes it easier for the Mafia circulate goods and money.”

“The real problem is when they are money laundering they use banks, they use the legal economy, they buy restaurants and shopping malls – so they are invisible.

“They’re giving money to the economy and helping the economy but this money is being laundered from the profits of drug trafficking.”

Ms Pignedoli said the Mafia’s presence is often undetected, or even a blind eye turned to it, because of the growth in the struggling economies that are targeted by crime bosses.

The Ndrangheta, an Italian crime family from Calabria, was named in the investigation into the murder of Slovakian journalist Jan Kuciak in 2018.

He and his fiancee Martina Kusnirova, both 27, were found shot dead at close range at their home in the village of Vel’ka Macs outside the capital, Bratislava.

His story unearthed a series of Italian businesses, with ties to the Ndrangheta, that had obtained access to hefty EU subsidies from the bloc’s Common Agricultural Policy, amounting to around £58 million over a 14-year stretch between 2004 and 2018.

The Ndrangheta crime gang also has ties to the UK, with corrupt allies in the City of London helping them to launder their cash, accounting for a surge in growth in the illicit industry that the National Crime Agency, in 2017, said was worth “hundreds of billions” of pounds a year.

And with the EU’s proposed enlargement into North Macedonia and Albania, Ms Pignedoli believes now is the time for Brussels to find a “one definition for the Mafia and organised crime”.

She said: “Now is the right time to reinforce anti-Mafia legislation in Europe.
We must have the law to fight the mafia and then we can open up towards other member states without problems”.

My comment: As if we didn’t know! There’s no accounting for the money. Nobody knows what happens to it once we’ve paid it. It goes “into the system” and much of it vanishes without a trace via schemes and back handers and grants and loans etc. all lost in an accounting tangle that works like a bottomless pit, a scandal that has been going on for years.

Looks like the EU have become a Mafia as well, it’s become a partnership… ‘The Ndrangheta crime family was siphoning off billions in EU agricultural subsidies’!!

How could that happen without the EU knowing about it?

Or is that also part of the “family”?

The same old story – the EU chiefs have no interest in stopping this illegal activity because they are all on the payroll. Secondly, they are responsible for running the greatest protection racket that world has ever seen, all done in plain sight.