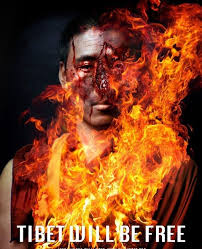 From Mark (London) – For many years I have been a donative supporter of ‘Free Tibet’ (FT) which is based here in Ol’ London town.

The vision is a Free Tibet in which Tibetans are able to determine their own future and the human rights of all are respected. FT campaign for an end to China’s occupation of Tibet and for international recognition of Tibetans’ right to freedom. FT mobilise active support for the Tibetan cause, champion human rights and challenge those whose actions sustain the occupation.

FT are entirely funded by our supporters across the world. You can join us here.

“Tibet today is one of the most repressed and closed societies in the world.”

China invaded Tibet in 1950. Inside its borders and across the world, Tibetans have never stopped believing Tibet is a nation.

After more than 60 years of occupation, Tibetans still resist China’s rule and defy its oppression.

That’s is why they have my personal support.

Please support and become a member;

Support Tibetans standing up for their environment

The Tibetan Plateau, otherwise known as the Third Pole, is an extremely important region for global climate systems. This vast landscape is the birthplace of nine of Asia’s largest rivers, sustaining nearly two billion people. The plateau contains the largest amount of glacier ice outside of Antarctica and the North Pole and helps regulate climate systems across Asia.

However, Tibet’s unique environment is changing. Along with the Arctic and island nations, Tibet is on the frontline of global climate change and is warming three times faster than the rest of the world. Natural disasters such as droughts, landslides and floods are increasing in frequency. As glaciers and permafrost thaw, people in the mountains may be forced to migrate due to water shortages. Millions of people downstream may also feel the effects of this altered river flow. The health of Tibet’s environment will determine the health of climate systems across Asia and beyond.

“This blue planet is our only home and Tibet is its roof. The Tibetan plateau needs to be protected, not just for Tibetans, but for the environmental health and sustainability of the entire world.” – Dalai Lama

Free Tibet is calling for international recognition for Tibet at the UN Climate Change Conference (COP26) in Glasgow in 2020.

Help us secure a place for Tibet at COP26. Sign our petition today and in the autumn we will take your signatures to the Ministers of Foreign Affairs and Environmental Affairs of participating countries.

Tibetans deserve representation and a say in their own environment.

We the undersigned request that your government ensures that there will be Tibetan representation at the upcoming COP26 climate meeting in Glasgow in November.

One of the key threats faced by Tibetans today is the eradication of their environment, and the most pressing and comprehensive threat to Tibet’s environment is that of climate change. The Tibetan Plateau contains the largest concentration of frozen freshwater outside of the Arctic and Antarctica. But, its glaciers are receding at three times the global average due to climate change, resulting in eight billion tonnes of ice being lost every year as glaciers disappear. Between 1970 and 2010, Tibet lost over 27 per cent of its glacier coverage.

The depletion of Tibet’s glaciers risks seriously disrupting the flow of Tibet’s rivers, posing a threat to rural Tibetans and people downriver who rely on this water. Tibet’s fragile ecosystem could also be seriously damaged. These negative effects could be greatly exacerbated by the current construction of dams across Tibet’s rivers.

These risks require decisive action. We urge your government to make a clear statement of support for Tibetans and recognising them as one of the frontline communities in the struggle against climate change.

Furthermore, we request that you invite a Tibetan to attend COP26, ideally as part of your country’s delegation, with a view to them addressing the conference. It is important that they can recount in their own words the threats to their land and livelihoods that Tibetans are being forced to confront.

We look forward to hearing from you, 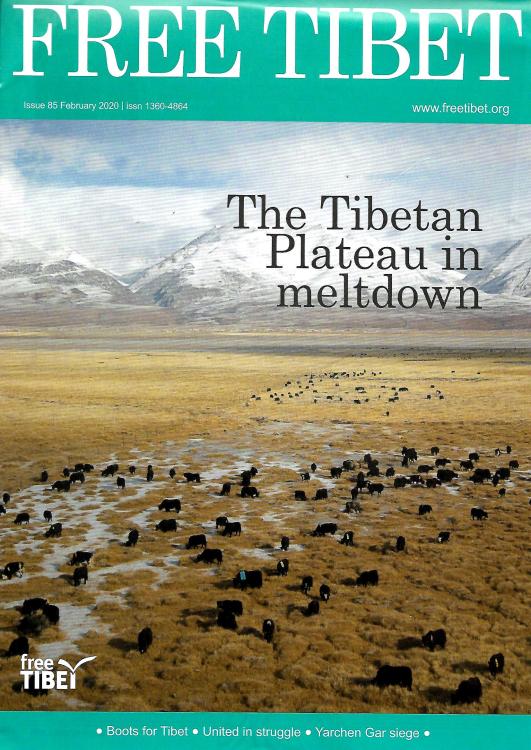 Above – the February 2020 magazine cover.