When we talk about poaching, there are pictures of bloody rhinos that poachers have cut off the horn. Mountains of ivory, tiger skins.
But! who would have thought that we face similar problems here in the middle of Germany and Europe?

Illegal killings of wolves, lynxes and birds of prey have been around for a long time.
The modern poachers often come at night and by car.
They blind the game with strong headlights, then shoot. In order not to attract attention, they use relatively quiet, small-caliber weapons – or crossbows, because anyone can buy them freely. The animals are often injured, flee and die days or weeks later.

Hardly any animal species is safe from forbidden shootings. It has been proven that seven wolves have been illegally killed in Saxony alone in recent years.
Lynxes regularly disappear in the Bavarian Forest Between 2010 and 2016, at least five animals were killed, 14 are considered missing.
The dark numbers are much higher, because mostly shot wolves are hurled at the roadside to pretend a car accident.

335 of the wolves were killed in traffic accidents and 45 wolves were illegally killed during this periodIn the Bavarian Forest, lynxes regularly disappear in a “Bermuda Triangle” beyond the national park borders.

In 2015, three deliberately killed lynxes were found here. Between 2010 and 2016, at least five animals were killed, 14 animals are considered missing.

In 2017, lynx “Alus” was found in the alpine border area between Germany and Austria without front legs and skulls and torn intestines, and projectile particles were also found in the body. 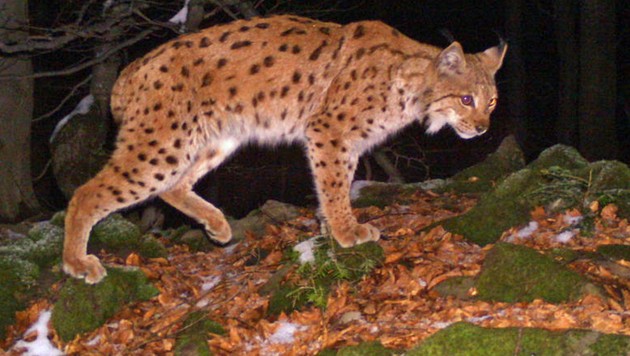 The situation is opaque because there is no central documentation of all cases and a high number of unreported cases must also be assumed. Because: If the killed animals are not deliberately placed in publicly visible places, they are found randomly.
Walkers who walk away from the paths encounter animals or illegal traps. Since there is no targeted search, one can only speculate about the actual extent of poaching in Germany.

The criminal methods used by the perpetrators include poison baits, folding traps, catch baskets and firearms.
Different types of traps are used as baits with live animals. A female lynx was even strangled with a wire loop.

There are only a few successfully cleared up cases of illegal killing of strictly protected wild animals in Germany. The prosecution and police often niche the persecution of these cases because the persecution takes precedence over other offenses. 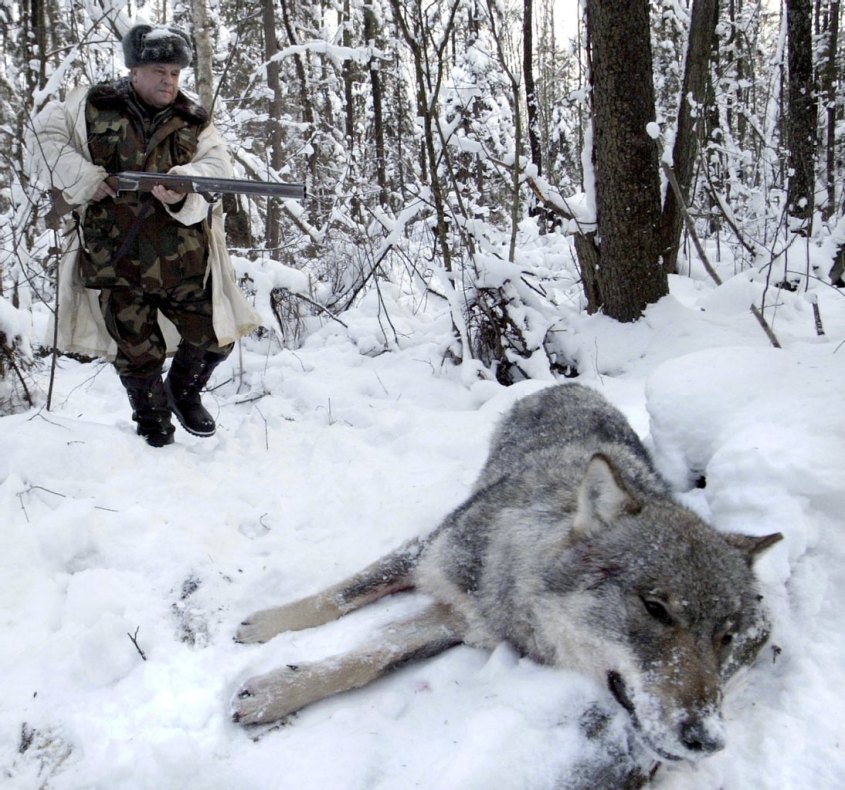 For example: A shooter who shot a wolf during a hunt in Saxony-Anhalt in 2009 was found, but the district court decided not to open a main trial because it could not identify a sufficient suspicion.

The perpetrator has admitted that he thought the wolf was a stray dog (!!!)

And I mean…Have I understood that correctly? The poacher kills only for kill, the hunter because he respects nature responsibly?

It is very convenient for hunters to hold poachers responsible for these executions.
So the “good” don’t want anything to do with the “killers”.

There are no good and bad killers.
There is only crimes and criminals.

There is no longer an excuse for the massacre of animals in the forest by the psychopathic murderers in Germany.
They are criminals who deliberately and cruelly murder defenseless animals for fun.

And it is a shame that German society, with its 83 million, allows to be intimidated from such a miserable minority of 0.45!