Reported by “Freedom for dolphins and whales”, May 24 at 8:58 pm public
Every Wednesday and Sunday at 8 p.m. we share the life story of a dolphin or whale with you.

Today we report on the seventh fatality in the Duisburg Zoo, Germany, a male dolphin named Flip, who could have lived much longer if the Dusiburger Zoo had properly taken care of him. 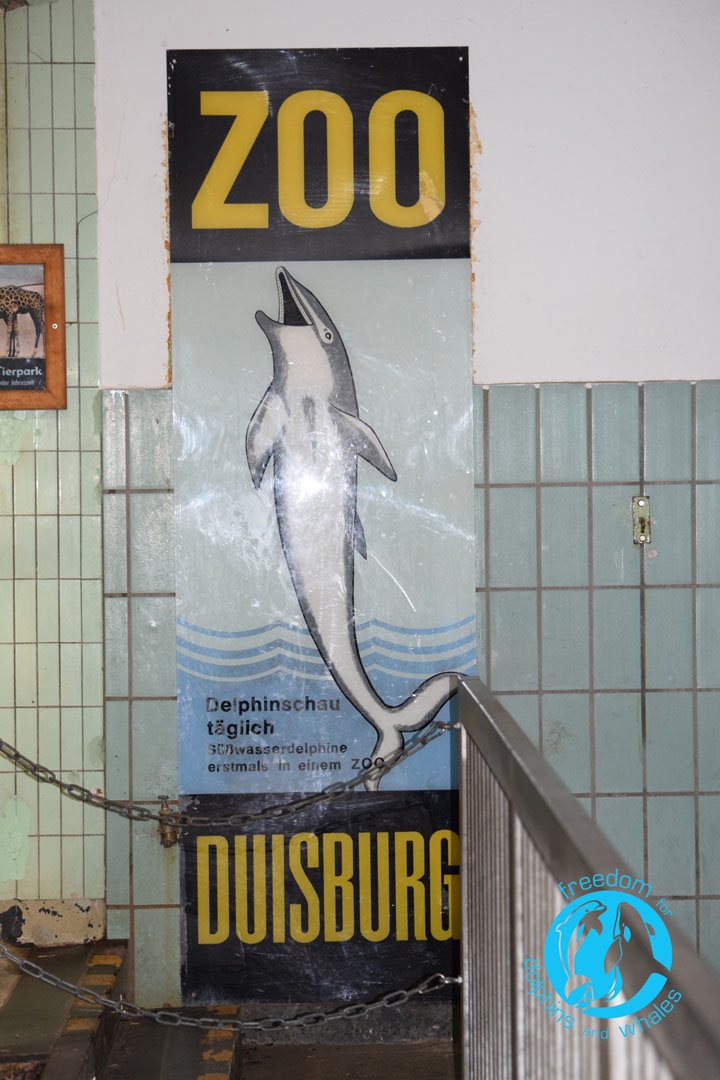 In the middle of 1965, Flip was brutally caught with three other bottlenose dolphins in the waters off Florida for the Duisburg Zoo. 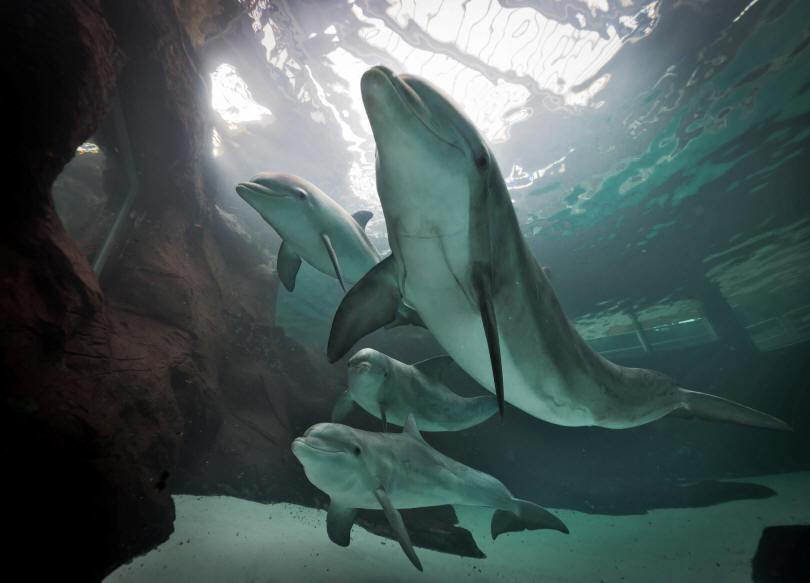 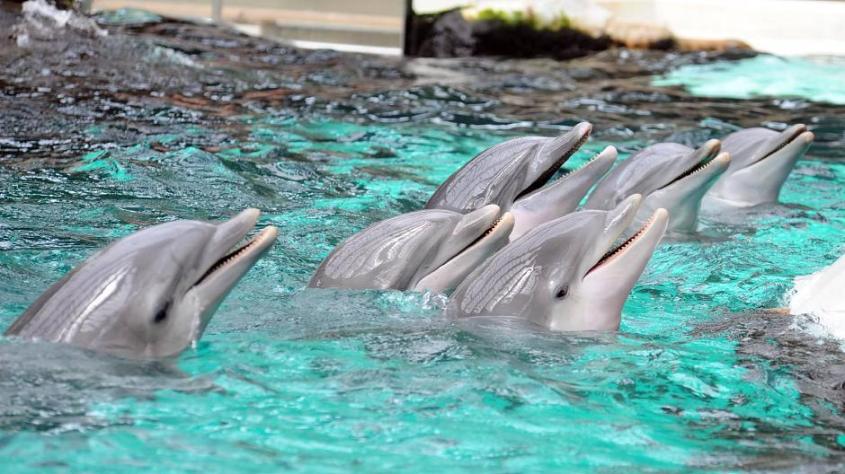 First, the dolphins were brought to the Miami Seaquarium, and the son of the Duisburg Zoo director at the time, Hans-Georg Thienemann, flew to Miami to inspect the four new prisoners for the Duisburg Zoo.

On July 11, 1965, the first four bottlenose dolphins reached the Duisburg Zoo. They were locked in the basin called a dolphin with a size of approx. 10 x 10 meters and a depth of three meters and in this basin, which could not in the least reproduce their natural habitat, they should also die.

The two females were the first victims of the Duisburg Zoo.

Perfect died after 13 days, the death of Little Bit came on 44 days later. 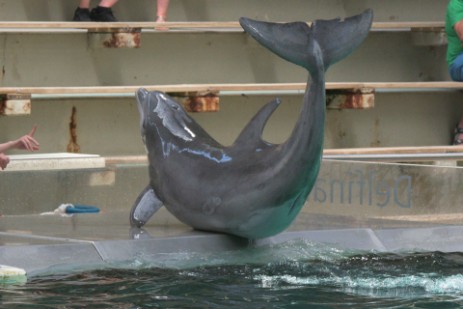 The next victim of this catch group was Flip, he died of a foreign body blockage in the gastrointestinal tract because the zoo was unable to take care of the dolphins caught. In his gastrointestinal tract, coins, screws, and a plastic ring with a whopping 18 cm diameter were found, which almost corresponds to the short side of a DIN A4 sheet.

Flip died after five years in captivity on September 3, 1970, without seeing his family or freedom again. 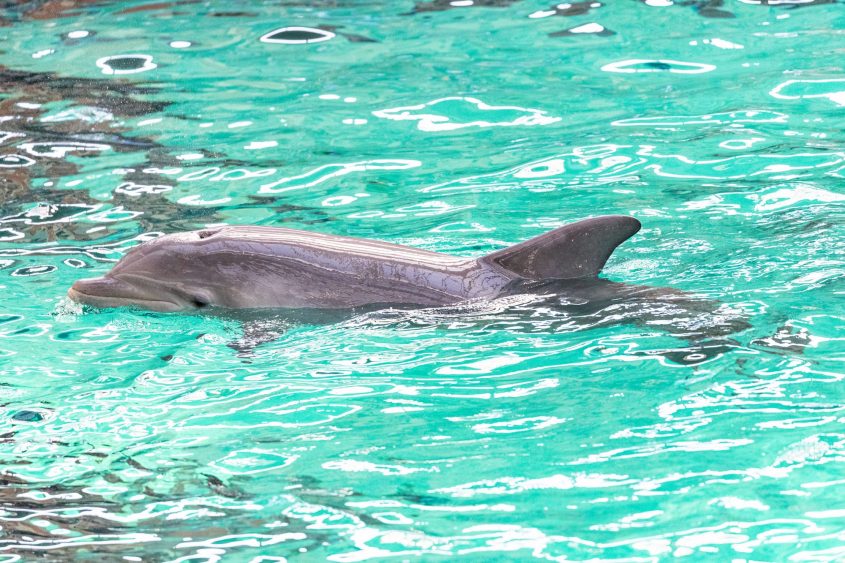 Instead of staying in the sea of ​​his home with his family, he was brutally caught on behalf of the Duisburg Zoo and flown halfway around the world just to watch out for what the visitors throw into the pool at the Duisburg Zoo to die.

Flip became the seventh victim of the Duisburg dolphinarium.

You can find Flip’s story on our website here: https://www.freedom-for-dolphins-and-whales.de/flip.html 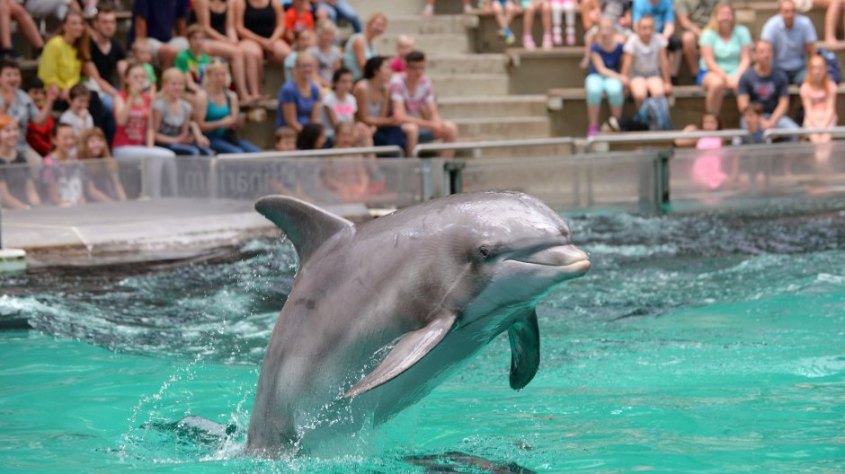 “Even after 50 years, the dolphins are still a crowd-puller in the Duisburg Zoo” – Duisburg  Zoo website .

My comment: It is criminal to keep these sophisticated animals in captivity because they are deprived of even the most basic needs: in the wild, dolphins live in groups of up to 100 animals, reach speeds of up to 50 km / h and can reach up to 500 meters Dive deep.

Also, the food in captivity, namely dead fish, is not “natural” for dolphins, because in the wild dolphins only eat live fish, and avoid the dead one.

The weakest argument of zoo supporters is that of animal conservation.

In reality, it is like this: Because stupid zoo visitors and their kids are enthusiastic about such suffering inmates and even want to enjoy stupid selfies, these innocent and completely defenseless animals have to live in loneliness, suffering, and deprivation of liberty for a lifetime.

These animals are unlucky enough to be caught by poachers as children, to be snatched away by their families, and to be sold to unscrupulous slave owners called zookeepers.

These inmates did not violate any law – and yet they were “long life” in a zoo.
Like millions of other animals, their freedom is robbed because the stupid visitors have no education and no morals, and regard captivity as a conformal way of life for “others”.

In the past, people from other ethnic groups or people with special physical characteristics were also shown in zoos and deprived of their dignity. They were particularly large or small, particularly hairy, had a different skin color – in any case, they were “different” in some way. The culture of these people was ridiculed.

It was not until 1940 that these so-called national shows were banned, which, like today’s zoos, were called “educational institutions”.

And if we haven’t understood for hundreds of years, we should finally understand NOW that animals are not our slaves, they have the right to live freely on this planet as roommates.

But the ruling species, human-beast, has taken the right to decide about them, to enslave them for its own purposes.

We have not developed.
Humans still live on the tree, in terms of morality with “other” animals. 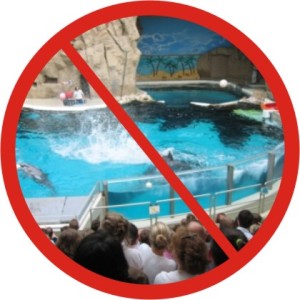