Furtada Island, off the coast of Brazil, is known as the “Island of the Cats,  is 20 minutes by motorboat from the city of Mangaratiba, at one extreme of Brazil’s Green Coast, a vast swath of mountainous tropical forest and sandy coves dotted with hundreds of islands. 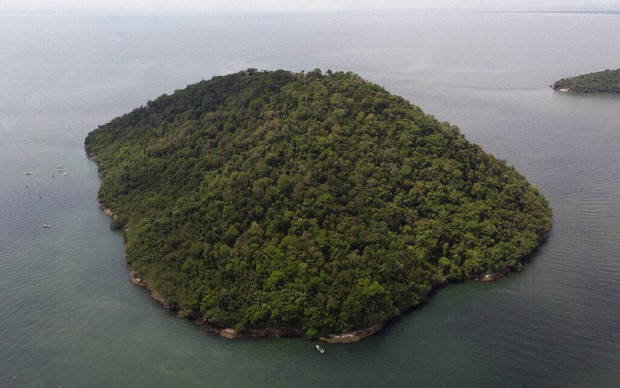 Hundreds of furry felines call the island home, but they’re not doing well. The island abounds with dangers, including poisonous pit vipers and lizards who attack and bite. On top of that, there are no natural sources of fresh water on the island, meaning that the animals there are often at risk of dehydration and kidney diseases.

Luckily, kind souls have spent years caring for these abandoned and feral animals. Fishermen throw fish scraps onto the island for the cats, while others dock on the land in order to set up bowls of packaged cat food and water. 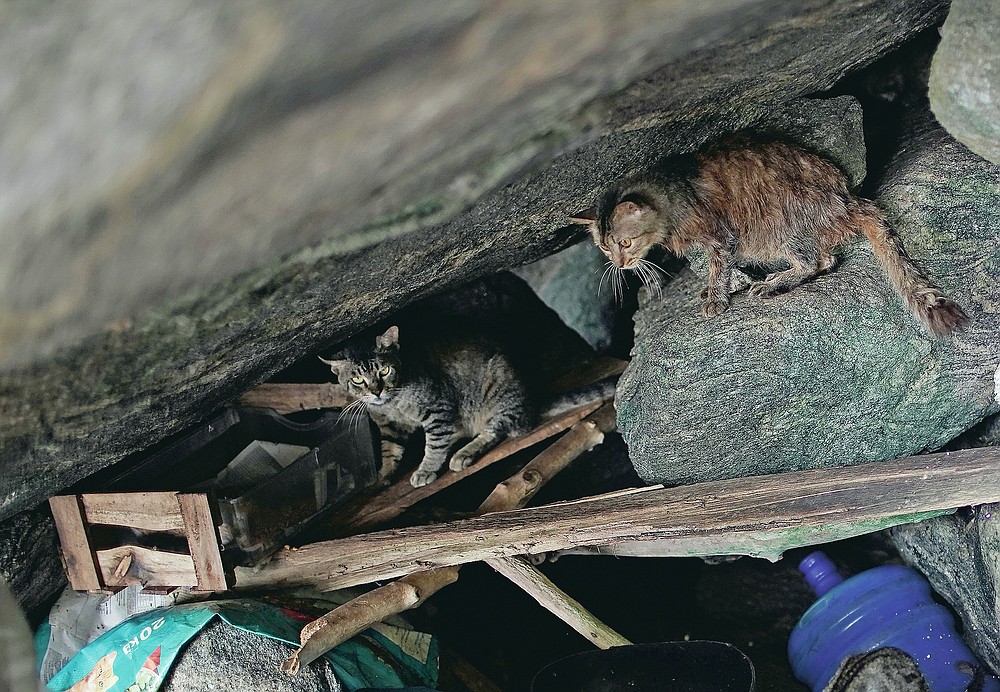 But ever since the pandemic started raging through Brazil, confining humans to their mainland homes, things for the cats have gotten extremely dire.

All the locals knew the island just west of Rio de Janeiro was teeming with cats. They left food and even brought tourists.

Then the coronavirus pandemic hit, and human support dried up, resulting in a gruesome scene witnessed by fishermen: a group of cats devouring others’ corpses.

Now numbering around 250, the population started with just two cats around 20 years ago. Their humans used to live on the island but eventually left — and when they did, they also left their pets behind.

All on their own, the two animals spawned a whole generation of more cats, and in response, local people began using the island as a sort of ‘dump spot’ for any unwanted or stray felines.
For decades, former pet owners would boat up to the island, deposit their animals, and leave.

Brazilian lawmakers have passed legislation to increase the penalties for such animal cruelty, but the situation still continues. Even worse, the cat population also keeps growing through natural means — i.e. mating and producing little baby kittens.
But even though producing such offspring is natural, it’s still dangerous in an environment as treacherous as Furtado Island.

Volunteers are stepping up and trying to do everything they can to help these little furry creatures, searching for adoptive pet-families, but they can’t be expected to do everything on their own. They need help!

Urge the Brazilian government to help resolve this situation by spaying and neutering these wild, abandoned cats, and funding efforts to help the cats who already live on the island!

Authorities are looking into ways to stop people from abandoning animals on the island. It’s already a crime, but signs noting that have had little effect.

The volunteers transport cats ashore for therapy or surgery. They try to find someone to take down any animal, otherwise, they ship it back to the island again so they can take care of others who need medical help.

“It’s a Sisyphic endeavor”, said Joice Puchalski, the coordinator of the volunteer group.

“We actually want someone who can be part of the forces with us to try to cure this crime, which for us is cruelty,” she said.

Sign the petition to demand that the government fund efforts to feed and care for these animals, and set up catch-and-release spay and neuter programs!

And I mean…There is a Chinese proverb that says “solve the problem first, not the guilt question”.
Until the authorities find methods to get this misery under control, the animals are starving and dying.
Castrations are urgently needed, the number of animals must not increase.

And castration means catching animals, bringing animals to the doctor, being there.

Even adopting a cat would be helpful.
With almost 210 million inhabitants in Brasil, it should be feasible that a dozen people can help the activists, who are definitely at the limit of their strength.

Don’t look away, the animals only have us.

One thought on “Furtada Island, Brazil:”Island of the Cats” and misery”