WAV Comment – This should not be allowed to happen in ‘animal friendly England’. Please support – we need to find the big shits that did this; and then punish hard.

In the “worst case of animal cruelty” one top cop has ever seen, a flock of defenseless sheep had their throats slashed in South Derbyshire, England. Five of the innocent animals survived the attack despite their stab wounds, but 12 bled to death, according to Derbyshire Live.

Stephen and Carol Clamp’s 10-year-old, disabled grandson found the sheeps’ lifeless bodies butchered in the shed. Not realizing what had happened, he thought they were just sleeping.

Three men were arrested on suspicion of criminal damage but then released while the investigation continues.

The family is devastated and heartbroken, and whoever is responsible for this horrifying attack must answer for their crimes.

Sign this petition urging the Derbyshire Police to use all available resources to fully investigate this case, finding and charging the person(s) responsible for this senseless slaughter.

This is an ongoing investigation. Anyone with information about the attack is asked to contact the Derbyshire police quoting the reference 20*583541 by calling 101, calling Crimestoppers anonymously at 0800 555111, or reaching out via Facebook or Twitter. The name of the officer on this case is PC Leanne Bull.

Surge Activism is based in London, England.

Trophy hunting is a particularly gruesome pastime that countless living beings pay with their death. In search of a special thrill, hobby hunters travel to distant lands to kill exotic and rare animals.

Apparently, it is not enough for German hunters to kill millions of native wild animals every year. Thousands of Germans travel abroad every year to hunt big game.

The providers of hunting trips leave nothing to be desired because even shooting permits for endangered species such as elephants, rhinos, lions, or polar bears can be purchased for a lot of money.
And species native to Europe such as brown bears, wolves, and lynxes are also on the trophy collectors’ hit lists.

Hunted, killed, and mutilated
As a result of frequently missed shots and cruel hunting practices, many of the animals do not die immediately, but rather slowly and painfully.
The animals are often shot and flee with bloody wounds. As they run for their lives in fear of death, the animals continue to be shot at by the hunters and chased through the wilderness – lead bullets or steel arrows pierce their bodies until they collapse, exhausted.
Hunting with a bow and arrow or a crossbow is prohibited in Germany for reasons of animal welfare, but it is a common hunting practice in many countries for trophy hunting. The suffering of lions for the hunt in South Africa

In South Africa, thousands of lions are bred on so-called canned hunting farms so that they are later not naturally afraid of humans and thus of the hobby hunter. On many farms, the animals are even lured with bait or medicated to make the hunt a success even for inexperienced shooters.

END_OF_DOCUMENT_TOKEN_TO_BE_REPLACED

FROM THE LONELIEST TO THE LUCKIEST ELEPHANT: KAAVAN TAKES OFF FOR CAMBODIA

For the first time FOUR PAWS moves an elephant by air

A Russian cargo plane, a four-tonne transport crate able to hold 200 litres of urine and a negatie Covid-19 test for a wild animal: these are just some of the things global animal welfare organisation FOUR PAWS had to organise for the departure of the world’s loneliest elephant.

After months of preparation and more than 35 years of captivity, elephant Kaavan has started his journey from Marghazar Zoo in Islamabad to the Cambodia Wildlife Sanctuary in Siem Reap on 30th November.

There Kaavan will live a species-appropriate life with other elephants. The historic wildlife transfer is implemented by FOUR PAWS in cooperation with the Pakistani authorities, American businessman Eric S. Margolis and the NGO Free The Wild, co-funded by Cher. Kaavan, together with the FOUR PAWS team, is expected to land in Siem Reap in the afternoon of 30th November.

The release to his new enclosure is planned for 1st December.

Past WAV posts on this:

Pakistan: A Happy Ending After 35 Years ! – Kaavan, the ‘world’s loneliest elephant’ packs his trunk as he leaves Pakistan horror zoo for a new life at Cambodian sanctuary. – World Animals Voice

With a significant number of Britons skeptical of a Covid vaccine, the army has reportedly deployed an “information warfare” unit to stamp out anti-vax propaganda online. Offline, citizens still protest lockdowns in the streets.

The British government is expected to greenlight a coronavirus vaccine and begin its distribution next month. In addition to the logistical challenge of getting millions of doses to the public, the government also faces the hurdle of convincing them to take it.

According to a recent poll by the British Academy and the Royal Society, more than a third of people in Britain say they’re either uncertain or very unlikely to take the vaccine. 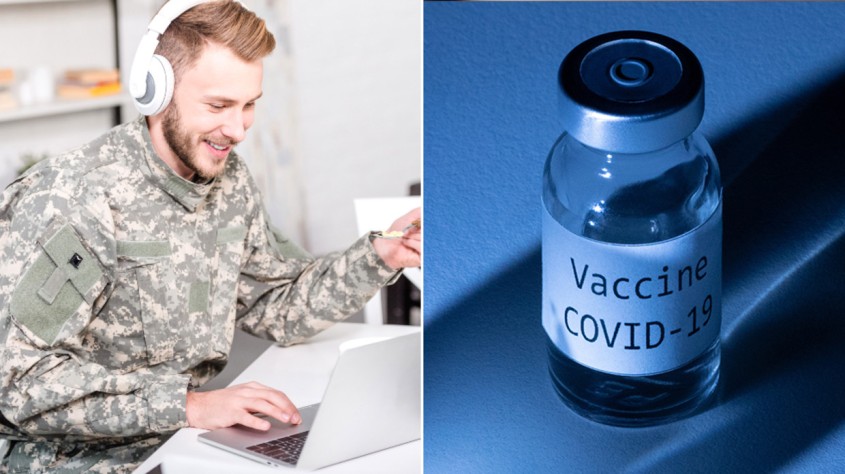 According to a report in the Sunday Times, ministers are preparing to launch a massive public information campaign to convince people to take the jab. Behind the scenes, however, the Times reported that the British Army has mobilized the 77th Brigade’s Defence Cultural Specialist Unit to monitor and counter “online propaganda against vaccines.”

The unit was formed in 2010 and worked alongside psychological operations teams in Afghanistan, studying the behavior of the civilian population and giving cultural and linguistic advice to ground troops, according to the brigade’s own website.

However, according to a number of media reports, the unit counts at least one Twitter executive among its ranks and is said to create and manage fake social media profiles to shape public opinion.

The media discovered that the 77th Brigade’s specialty, according to a plaque on the wall of its Berkshire base, is creating “behavioral change.”

With the rollout of a vaccine imminent, the unit is “already monitoring cyberspace for Covid-19 content and analyzing how British citizens are being targeted online,” according to the Times.

The Times’ report does not detail exactly how the unit will fight back against anti-vax content, or even what kind of content will be targeted. A Ministry of Defence spokesperson told the Times that the brigade’s efforts are “not being directed at the UK population,” and leaked documents reportedly suggest that its strategy includes “gathering evidence of vaccine disinformation from hostile states, including Russia.”

Despite the apparent focus on Moscow as a hub of vaccine misinformation, Russia was the first country in the world to approve a Covid-19 vaccine, and a second Russian-made jab will be made available to the public next month.

Meanwhile, on the streets of London, crowds gathered on Saturday to protest the government’s lockdown measures, as a system of tiered restrictions will come into force on Wednesday.

Critics argue that this system is simply an extension of the current national lockdown, and as the demonstrators in London chanted “freedom” and “stop controlling us,” police arrested more than 150 people, mostly for defying these lockdown restrictions. 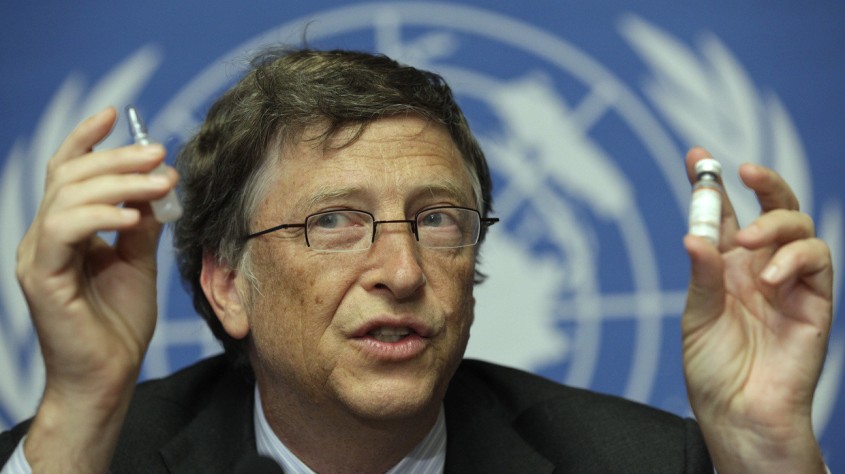 While many feel unjustly controlled by the lockdown, the government has also reportedly deployed its intelligence agencies to control public opinion online. In addition to the 77th Brigade’s efforts, GCHQ – the UK’s signals intelligence agency – has been tasked with countering online disinformation, according to the Times.

Though its exact role in this fight remains unknown, the media revealed that the agency has previously“developed covert tools to seed the internet with false information,” manipulated online polls, and covertly influenced online discussion.

According to documents leaked by NSA whistleblower Edward Snowden, the British public have been targeted by GCHQ.

Amid the online information war, there have been over 1.6 million Covid-19 cases in the UK, as well as more than 57,000 deaths.

Our democracy imitates the Middle Ages, I call it a civil war!
I have no comment, but three I found excellent written and I add them:

1.”What is anti-vaxx anyway? To these goons, anti-vaxx is anyone (including a great many accomplished scientists) who query the establishment narrative or question fraudulent and biased big pharma studies. Why are our taxes and military being used to sure up multinational industries whose interests run counter to the interests and health of the folk of the nation”?

2.” Until Astra Zeneca can explain why two people in Britain and one in India and a bunch of monkeys suffered severe side effects as a result of having their vaccine, people should be very wary of taking any of this hokum.

3. so the population is now the enemy…