ANSE denounces the release of 16,000 farm partridges for hunting in championships
The organization points out that the mass release of captive-bred species endangers biodiversity.

The Association of Southeast Naturalists has denounced the authorization issued by the general director of the Natural Environment, Fulgencio Perona, to 29 hunting societies for the release of 16,000 partridges from farms a few days ago after the opening of the general small hunting business period. 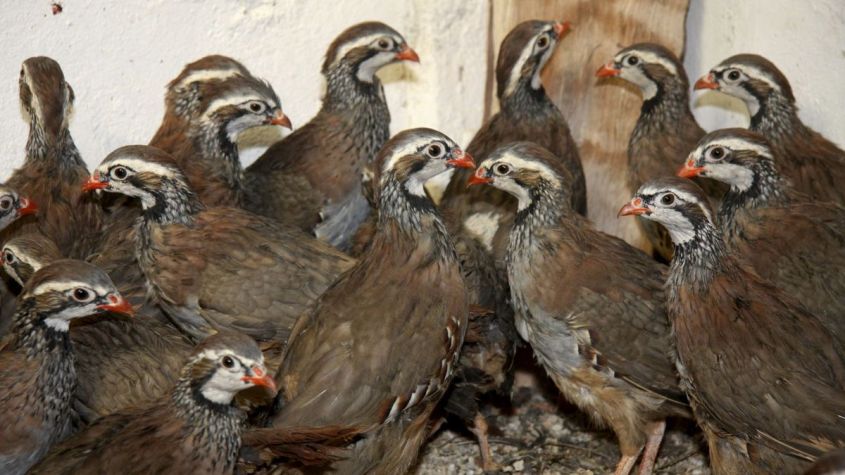 The environmental organization considers that this type of practice “moves away from an acceptable hunting management and seeks to cover up the situation of decline of the red partridge, allowing massive releases of animals born in captivity, being a practice more typical of intensive reserves.”

The fate of these captive-bred partridges is to be killed on the morning of their release, so it would be practices similar to those developed in intensive reserves, to which this organization has been showing its opposition for a long time.

In these places, “instead of managing and taking advantage of populations of wild animals, specimens raised on farms for that purpose are killed.”

And I mean…Hunters are not just professional killers, they are professional liars too
Hunters LIE when they say they control overpopulation this way.
It’s not about reducing overpopulation – not even about meat production – they could kill the tame animals with a knife.

The animals should be shot in flight because it’s so much fun. None of these criminals is interested in the fact that most animals are badly hit and that the injured are often attacked by hunting dogs.
That is terrible cruelty to animals.

Unfortunately, it is not forbidden for a hunter to hold thousands of breeding birds in order to shoot them.
As long as no one knows what’s going on out there, hunters have absolute freedom.

And even if the public learns about it and some press portals report about it, authorities and municipalities hurry to protect this violent and bloody action in many ways.

For this reason: everything that is practiced with the purpose of sneaky shooting down animals– including canned hunting, the release of farmed pheasants, year-round feeding of deer and the killing of animals of endangered species – is the worst animal cruelty and must be prohibited by law.

P.S: For everyone who cannot imagine such a killing gate, here is a short video example from “Association against animal factories” (VgT, Austria )where in less than a minute it becomes clear what massacre it is and what sadistic fun it is.

https://fb.watch/9i5mWuN-oh/
Many animals on the run have broken jaws and open injuries, and some are tortured to death by dogs.

One thought on “Spain: 16,000 partridges bred to be shot by hunters”