This new investigation exposes the suffering of fish that have no protections under Mexican law.

Animal Equality infiltrated tilapia farms in Mexico for the first time and uncovered the suffering of these animals at the hands of aquaculture due to the lack of laws protecting them from cruelty. 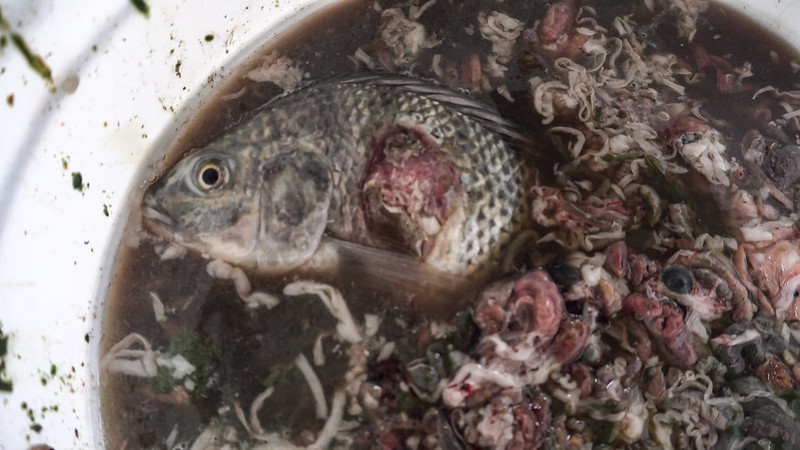 In Mexico, according to the National Service of Health, Safety and Agri-Food Quality of the Ministry of Agriculture and Rural Development, there are no “Mexican Official Standards or other regulations that regulate the sanitary processing of fish meat and other aquatic animals.”
And the National Commission of Fisheries and Aquaculture (CONAPESCA) claims that they leave them to die of asphyxiation out of the water despite evidence that the fish feel pain.

Our investigators documented shocking scenes showing the cruel practices, including:

-baby fish handled violently, killed by being crushed by the weight of others and, like the females, discarded as they are not considered economically profitable;

-up to 400 kg of fish packed into the same container and crushed against each other;

-cannibalism: In one of the farms, the operators mentioned that the fish had not been fed for at least 6 months, so they began to eat each other;

-how injured fish are thrown into the trash or used as food for other animals;

-witnessing the larger 2-4 year old fish being left on the floor to die from suffocation;

-switching fish from one tank to another over a 6-8 hour period, during which they kept the fish with little oxygen, exposed to direct sunlight and with so little water that they could barely change position or move around.

In addition to the deplorable hygienic and sanitary conditions in which the fish are forced to live in the farms investigated, it is common practice in the industry for them to be killed without being stunned.

Only in one farm did they try to do so using ice, but with an inadequate method that only prolonged the stress and suffering of these sensitive animals.

Similarly, their organs are removed while they are still conscious, and even after this, some show signs of life such as opening their mouths, expanding their gills and wriggling. 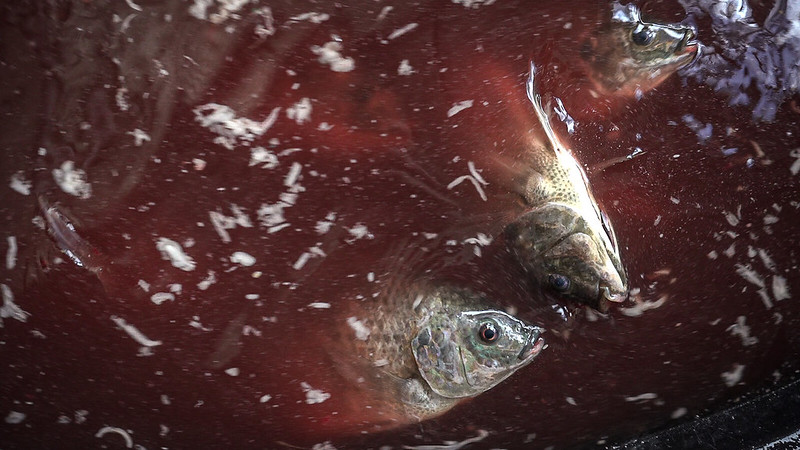 According to Dr. Lynne Sneddon, Director of Bioveterinary Sciences at the University of Liverpool, fish experience pain on a level comparable to mammals.
And behaviorally, they also exhibit some of the same traits as mammals: forming relationships, remembering their own actions, making decisions (i.e. evaluating risks and benefits), expressing emotions (experiencing positive and negative affective states) and also having some level of consciousness.

Despite this evidence, fish have no legal protections in Mexico.
In fact, the Federal Animal Health Law does not even recognize them as animals and the norms that establish methods of transport, stunning and slaughter do not apply to them.

“The practices that are applied to fish for breeding and consumption would be considered illegal if they were used with land-raised animals such as cows and pigs, yet they are practiced regularly and there is no legislation to prevent it”.
(Dulce Ramirez, Director of Igualdad Animal México) 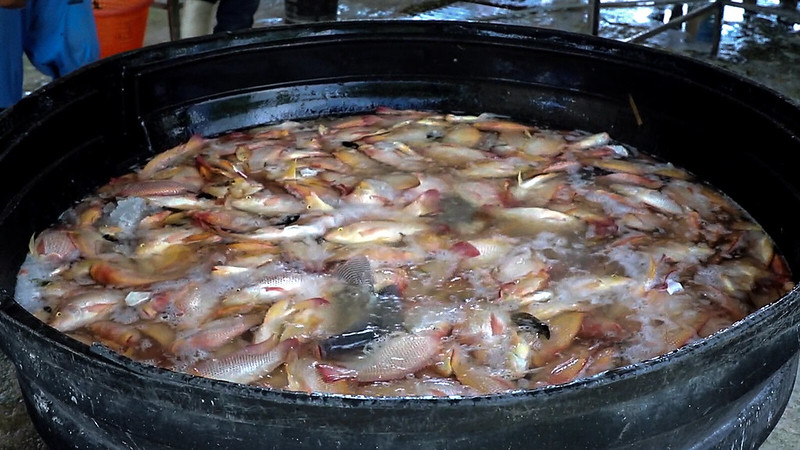 Unlike other countries where there are laws that do not allow fish to be subjected to cruel treatment, in Mexico there is no regulation on fish welfare, neither mandatory nor voluntary certifications.
Leaving the fish in the hands of people who are not trained properly or trained on the specific needs of species, means more immense suffering for these animals.

Even if their moans and cries of pain cannot be heard by us, it is clear that fish feel pain and do not want to suffer. 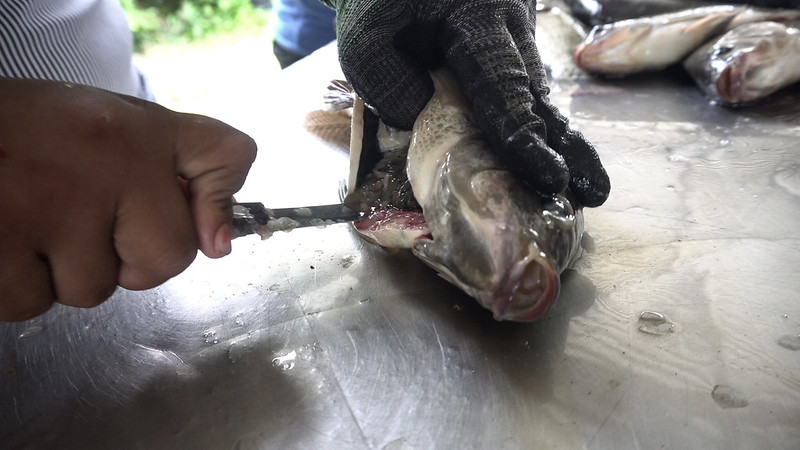 Please support our investigations that educate consumers and help change laws for animals.

And I mean…The life of the fish is difficult for us to understand because their world is alien to us.
We rarely see them as individuals, but mostly speak of them as mass, which is given in kilograms and tons.

Fish cannot scream or show their pain sensations in any other way.

Whether from aquaculture breeding or as caught in water it makes no difference: in most countries there are no legal regulations on how fish are to be treated and killed.

The focus here is only on the benefits for humans associated with the exploitation of non-human animals. The main aim is to breed as many fish and aquatic animals as possible for consumption and to keep costs as low as possible.
This leads to an indifference to the interests of these living beings, who have to lead a miserable, unreasonable life and die a cruel death.

In breeding farms, a large number of fish is usually kept in a very small space, the available space is minimal and in some cases consists of only one cubic meter of water per fish.

Fish farming in aquaculture causes unspeakable suffering. According to the Fishcount organization, between 51 and 167 billion fish are raised and killed on aquaculture farms each year.

And this despite the fact that science has long proven that fish feel stress and pain in a similar way to mammals, birds and reptiles.

Industrial fishing as well as aquaculture have catastrophic effects on the environment too.
Aquaculture means nothing else than factory farming under water. It contaminates the water with ammonia, nitrates and parasites.

Fishing is devastating for the marine ecosystem.
The gigantic trawlers’ nets destroy much of the marine life.
40% of the marine animals fished are considered useless “bycatch” and are simply thrown back into the water – dead or seriously injured.

Many stocks have already been used up or are about to run out.

Ethical and ecological reasons prohibit the consumption of fish.

Let us let the animals live in peace and let us not contribute to the destruction of the marine life for a culinary delight.