He was one of the strongest anti-corrida activists in France.

Jean-Pierre Garrigues, President of the “Radically Anti-Corrida Committee” – CRAC and the “Bête Noire” (black beast for the bullfighters), died three years ago on the night of November 18-19, 2017 at the age of 53 years.
He had a brain tumor for many years.

Shortly before his death, he announced the dissolution of the organization. 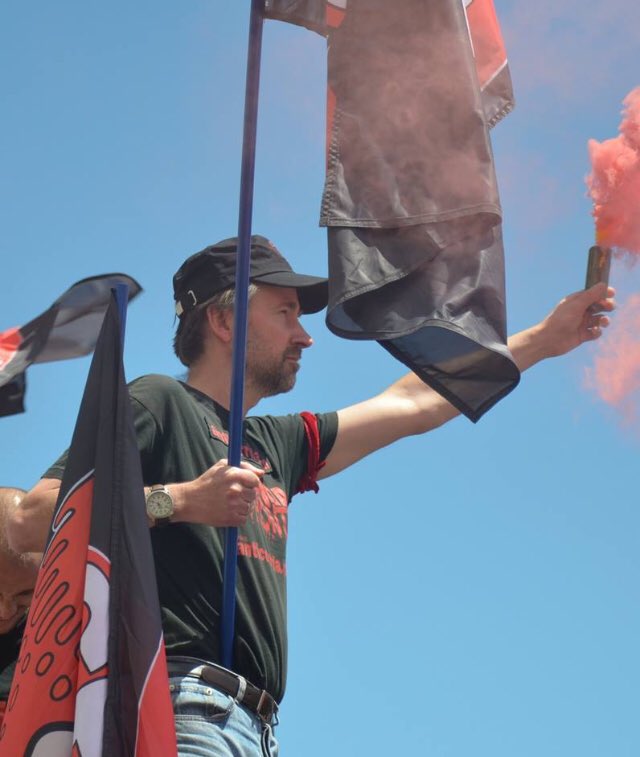 Together with the “l’Alliance anti-corrida et la Fédération des luttes pour l’Abolition des corridas”, CRAC was one of the main associations that fought against the bloody bullfight in French arenas.
The picture of Jean-Pierre Garrigues, with the slim figure and the T-shirt, with the letters “Corrida La Honte” soaked in blood, remains unforgettable for us. 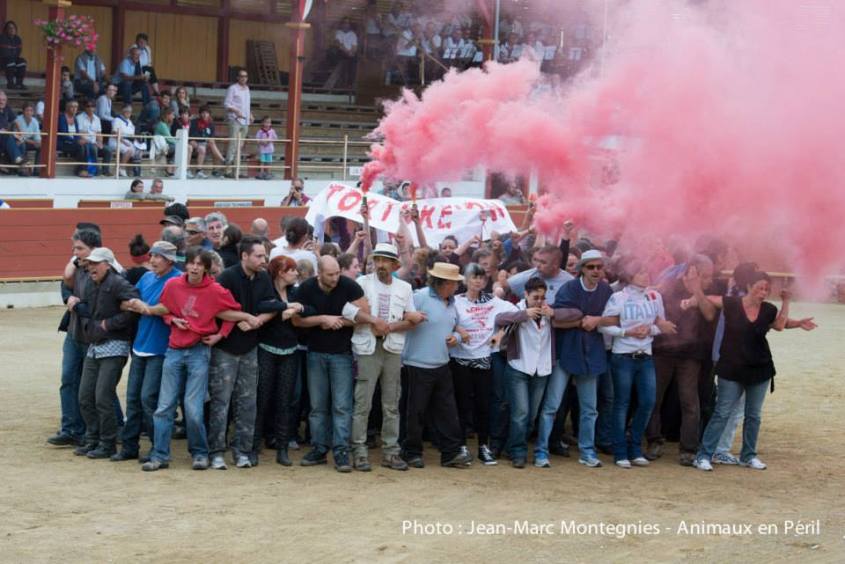 At the head of CRAC, he chained himself to the center of the arena with dozens of anti-corrida activists on August 24, 2013, in Rion-des-Landes, France, releasing blood-red smoke before chanting slogans with their fists raised. They were beaten on the ground, handcuffed, and brutally evacuated by the bull mafia.

He was at the forefront when more than 100 activists took part in the appeal by CRAC Europe (Comité radicalement anti-corrida), Animaux en Péril, and the Brigitte Bardot Foundation to protest against the planned bullfighting event in Rodilhan (southern France).

The approved demonstration under the motto “We prevent the massacre in Rodilhan!” was brutally beaten down by the police with tear gas, clubs, and rubber bullets.

Jean-Pierre Garrigues was born in Nancy in 1964 and moved to the Gard in his youth. He then became an agricultural engineer and was able to work in India and West Africa, where he specialized in tropical forest ecology.
After returning to France, he became a teacher and a passionate defender of the anti-corrida cause.

Thank you Jean Pierres Garrigues for everything you did against this bloody spectacle. On behalf of the animals, thank you!

Your struggle is already bearing fruit, the time is ticking for the animals and we know it, soon there will be no such primitive kind of animal cruelty, the ones you fought so passionately.