The Majete Wildlife Reserve sits in a large basin in the south of Malawi, and the roads that lead there are busy at 6am.

Not with vehicles, but with endless cyclists as Malawians make the most of the low light and cooler air to start their days.

The appearance of two British Army 4x4s turns heads as they leave the sights and smells of the villages, and head into the bush.

Lance Corporal Chad Spalding is one of those on board.

The 23-year-old is about to spend the next few days with local rangers Boston Phiri, who’s pretty new to the job, and Retief Chomali, with ten years’ experience.

“You don’t really have time to think,” explains Chad. “Most of the time you’re concentrating on the environment itself.

“You’re constantly looking, watching dangerous game, anything that might sneak up on you.”

Chad, who’s originally from Zimbabwe, is one of 14 British soldiers in Malawi trying to help stop poaching. Ministers announced the British Army’s involvement after a successful pilot last year.

Chad says the wildlife and the environment are important to him and he feels a sense of responsibility to make sure that others get to experience them.

“If we start chopping down trees and killing animals what will be left for future generations? Just a bunch of pictures in a book,” he reflects.

Chad remembers working with lions when he was growing up on a project in Gonarezhou, Zimbabwe.

“After I’d seen the wildlife and what it’s actually like out in the bush, I just really really bit into it. As soon as this came across the table, I took it straight away.

The illegal wildlife trade is a big business, thought to be worth £17bn a year worldwide. A rhino horn is more expensive than cocaine, heroin or gold.

In the last 50 years global black rhino numbers have dropped from 70,000 to 5,500, African Parks says. The organisation runs the Majete Reserve and two others in Malawi.

“Most jobs out here don’t pay well, whereas if they get a rhino horn it’s a pretty big pay day,” Chad says.

“I know in Zimbabwe, South Africa, Mozambique, Tanzania there’s quite a lot of heavy poaching.

“Most of the poaching that goes on is organised by higher syndicates which are funding these Chad knows what he would say to a poacher if he met one though.

“I would ask his reasons for doing it, and what he thinks the consequences will be if he does get caught.

“Which is making it a lot hard for the rangers to keep up with the funding they’ve got. For now the rangers seem to be winning, let’s hope it stays that way.”

The military-style approach, along with tougher sentences, seems to be working for now though.

No elephants or rhinos have been poached in Majete for 15 years. 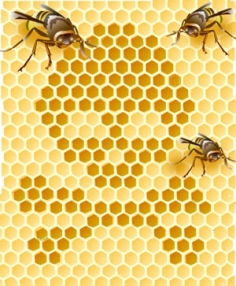 FRANKFURT (Reuters) – Bayer (BAYGn.DE) shares plunged as much as 14 percent on Monday, losing about $14 billion in value, after newly acquired Monsanto was ordered to pay $289 million in damages in the first of possibly thousands of U.S. lawsuits over alleged links between a weedkiller and cancer.

Marriott to Ditch Plastic Straws in All of Its Hotels

Last year, major hospitality company Marriott International pledged to commit to more environmentally friendly practices, with the ultimate goal of reducing landfill waste by 45 percent and responsibly sourcing its top 10 product purchase categories by 2025. Based on their decision last month to ditch plastic straws in all of its hotels by June of 2019, it seems like Marriott is well on its way to meeting that goal.

“We are proud to be among the first large U.S. companies to announce that we’re eliminating plastic straws in our properties worldwide,” said Arne Sorenson, President and Chief Executive Officer of Marriott International.

In addition to Marriott International, Starbucks, Disney, Hyatt, American Airlines, and Royal Caribbean are among the few major companies to do away with plastic straws.

“Removing plastic straws is one of the simplest ways our guests can contribute to plastic reduction when staying with us – something they are increasingly concerned about and are already doing in their own homes,” Sorenson added. “We are committed to operating responsibly and – with over one million guests staying with us every night – we think this is a powerful step forward to reducing our reliance on plastics.”

The decision comes as people grow more aware of the problem that disposable plastic, including straws and stirrers, cause in the environment. On average, people only use a plastic straw for about 20 seconds before throwing it away. Although normally plastic can be recycled, unfortunately straws cannot. Small and thin, they fall through the conveyor belts at recycling plants. In the end, all straws end up in the garbage, going into the ground or slipping into waterways.

Plastic in the ocean and along beaches is not only an environmental concern, but a big problem for seaside hotels and resorts that thrive on tourism. This motivates both administrators and guests alike to cut out their use.

Plastic Use Pollutes and Threatens Oceans

“Our guests come to stay with us to enjoy Maui’s beautiful environment and incredible marine life, so they’re as eager as we are to reduce harmful pollution,” General Manager of Marriott International’s Sheraton Maui Resort & Spa Tetsuji Yamazaki explained. “By eliminating plastic straws, we have been able to create a substantive dialogue with our guests about the importance of protecting the ocean and endangered animals like the honu (green sea turtle).”

According to a 2014 study, there are 270,000 metric tons of plastic in the ocean, and the number is only growing. Although straws only make up a little over 7 percent of the plastic that ends up in the environment in general, because they are so unnecessary for most people, it’s a potentially easy way to help reduce plastic waste. If we don’t stop these wasteful habits, there will likely be more plastic than fish in the ocean by 2050.

Right now, Americans alone toss out 500 million plastic straws each day, which won’t decompose for 450 to 1,000 years. By phasing out plastic straws, companies like Marriott International can make a big difference not just in ending single-plastic use, but also in raising awareness.

Even more importantly, many cities and states are taking the initiative to create laws limiting or banning single-plastic use items. Plastic straws only make up a small portion of the plastic that’s contaminating the environment, so targeting other items, like packaging material, fishnets, food containers, and plastic bags is even more important.

Several cities in California have already imposed bans, and the entire state is in the process of developing limitations. Just this year, Taiwan developed a plan to eliminate single-use plastic bags, straws, takeout containers, utensils, and cups by 2030, and Chile passed a law banning the use of plastic bags for businesses.

Every little bit helps toward changing habits and reducing plastic waste. In addition to stopping straw use, Marriott International is eliminating single-use toiletry bottles typical to most hotels by installing shampoo dispensers in the showers. The new toiletry dispensers are expected to be in place at more than 1,500 hotels in North America by the end of this year.

Animal cruelty is an all-too-common crime that is both disturbing and serious. In fact, research shows that animal abusers are more likely to commit a violent crime against humans.

But animal cruelty is often ignored by authorities, with suspects facing little to no jail time for even the worst cases of torture and death.

Up until recently, the harshest punishment an animal abuser could face in the U.K. was 6 months imprisonment; however, with the persistence of animal welfare advocates and Environment Secretary Michael Gove, a new law—the Animal Welfare (Sentencing and Recognition of Sentience) Bill–will increase sentencing to up to 5 years for extreme offenses.

Some may feel the new maximum sentence is not long enough, but it is a starting point. We can hope that this critical move will lead other countries to follow suit—to a brighter future for all.

“These plans will give courts the tools they have requested to deal with the most abhorrent acts. This is one part of our plan to deliver world-leading standards of animal welfare in the years ahead,” Gove stated.

Not only does the law increase jail time, it also entails “unlimited fines,” and animal abusers will be banned from owning animals in the future.

The bill was drafted and put up for discussion last December by Gove. It instantly gained support from both the public and animal welfare organizations.

The decision makes one thing clear: Britain is no longer willing to tolerate animal cruelty, or tie the hands of the courts with severely inadequate maximum penalties. We hope they will continue to strengthen animal protections, for the good of animals and humans