Nestlé’s palm oil business partner Indofood is the worst of the worst when it comes to producing palm oil. The Indonesian giant has gotten away with rainforest destruction and worker abuse for too long.

This impunity could end soon!

The palm oil industry’s main certification body, the Roundtable on Sustainable Palm Oil (RSPO) could finally kick the rogue company off its certification scheme. The RSPO complaints panel meets next week, so we need to act fast.

This decision will be a crucial step in getting Nestlé to finally cut deforestation and abuse out of its supply chain.

Together, we can expose the RSPO’s greenwashing and put its reputation at risk so it doesn’t stick to business as usual and overlook Indofood’s gross violations.

Owned by Indonesia’s richest man, Indofood has been exposed in multiple investigations for exploiting workers, paying poverty wages (and female workers even less), dangerous working conditions, and intimidating communities off their land for illegal deforestation. 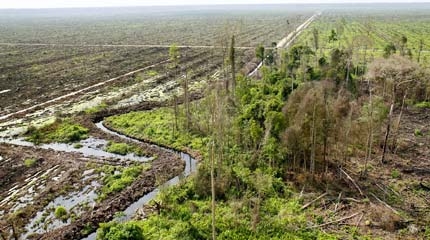 It also ignores the RSPO’s guidelines on protecting precious orangutan habitat and is guilty of logging on carbon-rich peat land, intensifying climate chaos.

Nestlé is in on this game. The snack food giant co-brands products in the South Asian market, and profits from a lucrative Joint Venture Partnership with Indofood — cheating on its palm oil commitments.

Getting the industry’s main certification scheme to suspend Indofood could force Nestlé to take strong action against Indofood, or risk public backlash. A suspension would give us even more evidence to call for Nestlé to permanently cut ties with Indofood.

Sign the petition to pressure the RSPO into suspending Indofood — NOW.

Together, we’ve forced some of the palm oil industry’s biggest players to change their destructive ways before. Last year a huge SumOfUs petition shone light on another one of Nestlé’s dodgy palm oil partners — REPSA in Guatemala. The exposure and media fall-out forced Nestlé to cut ties with the Guatemalan palm oil offender!

The RSPO often fails to enforce its own standards, but if we pile on the pressure it could be forced to sanction Indofood. Recently, the RSPO froze Nestlé’s membership for several weeks when it failed to comply with its rules.

The suspension was a blow to Nestlé’s public image, and zoos and retailers around the world refused to stock its products for the period. That’s why we want to send a strong message to the industry by getting Indofood suspended for good.

Thanks for all that you do,
Rebecca, Fatah and the team at SumOfUs

In 2012, the annual revenue received by Indonesia and Malaysia together, the top two producers of palm oil, was $40 billion.[36] Between 1962 and 1982 global exports of palm oil increased from around half a million to 2.4 million tonnes annually and in 2008 world production of palm oil and palm kernel oil amounted to 48 million tonnes. According to FAO forecasts by 2020 the global demand for palm oil will double, and triple by 2050.[37 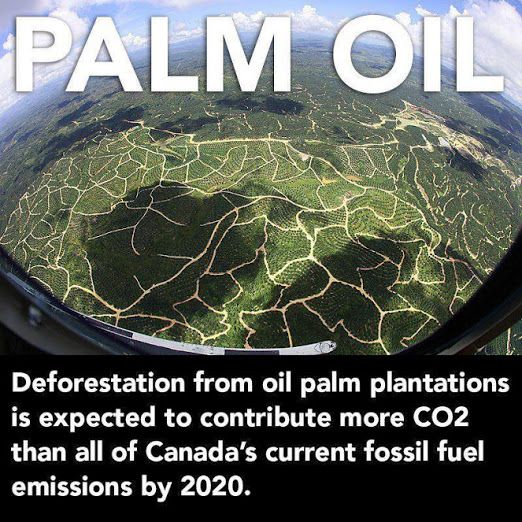 As of 2011, Nigeria was the third-largest producer, with approximately 2.3 million hectares (5.7×10^6 acres) under cultivation. Until 1934, Nigeria had been the world’s largest producer. Both small- and large-scale producers participated in the industry.[44][45]

Thailand is the world’s third largest producer of crude palm oil, producing approximately two million tonnes per year, or 1.2 percent of global output. Ninety-five percent of Thai production is consumed locally. Almost 85 percent of palm plantations and extraction mills are in south Thailand. At year-end 2016, 4.7 to 5.8 million rai were planted in oil palms, employing 300,000 farmers, mostly on small landholdings of 20 rai. ASEAN as a region accounts for 52.5 million tonnes of palm oil production, about 85 percent of the world total and more than 90 percent of global exports. Indonesia accounts for 52.2 percent of world exports. Malaysian exports total 37.9 percent. The biggest consumers of palm oil are India, the European Union, and China, with the three consuming nearly 50 percent of world exports. Thailand’s Department of Internal Trade (DIT) usually sets the price of crude palm oil and refined palm oil. Thai farmers have a relatively low yield compared to those in Malaysia and Indonesia. Thai palm oil crops yield 4–17 percent oil compared to around 20 percent in competing countries. In addition, Indonesian and Malaysian oil palm plantations are 10 times the size of Thai plantations.[46]

In the 1960s, about 18,000 hectares (69 sq mi) were planted with palm. Colombia has now become the largest palm oil producer in the Americas, and 35 percent of its product is exported as biofuel. In 2006, the Colombian plantation owners’ association, Fedepalma, reported that oil palm cultivation was expanding to 1,000,000 hectares (3,900 sq mi). This expansion is being funded, in part, by the United States Agency for International Development to resettle disarmed paramilitary members on arable land, and by the Colombian government, which proposes to expand land use for exportable cash crops to 7,000,000 hectares (27,000 sq mi) by 2020, including oil palms. Fedepalma states that its members are following sustainable guidelines.[47]

Some Afro-Colombians claim that some of these new plantations have been expropriated from them after they had been driven away through poverty and civil war, while armed guards intimidate the remaining people to further depopulate the land, with coca production and trafficking following in their wake. 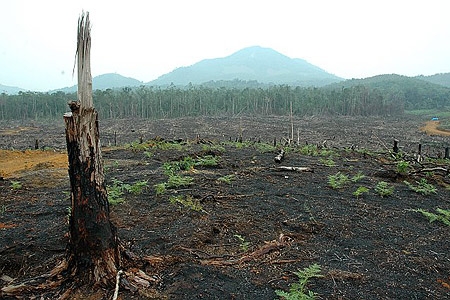