Rome: Involuntary activists of the Italian animal welfare organization Essere Animali managed to document the sad life of the Italian dairy cows. The two committed animal rights activists filmed the entire life cycle of the dairy cows, from insemination to the treatment of calves and the milking of cows. What they saw was scary!

When milk and dairy products are advertised on Italian television, happy cows grazing on a green meadow in a beautiful landscape are almost always shown. The reality is a completely different one. Of the more than 2,200,000 dairy cows in Italy, the very few ever see green grass. The vast majority of them must be crammed together in confined spaces in dark stables their miserable existence as a dairy cow, until they – when the milk yield decreases – after a few years “cleared away”.

The video starts with insemination. To guarantee a constant milk production and to be able to “produce” a calf annually, the cows are inseminated regularly. As a result, the pregnant cows can be milked twice a day and 300 days a year.

The hidden cameras also show the separation of freshly born calves from their mothers. A cow desperately calls for her calf. The calf is brutally separated from her mother and taken away with an excavator. Then they tie a rope to his leg and put it in a tight box for several weeks. If it is a male calf, it is fed with a low-iron diet to obtain a light meat and brought to the butcher after six months. Overall, male calves are regarded as a by-product of intensive dairy farming and are therefore less valuable than dairy cows. The video shows several painfully dying and dead calves. But if it is a female calf, it becomes a dairy cow. 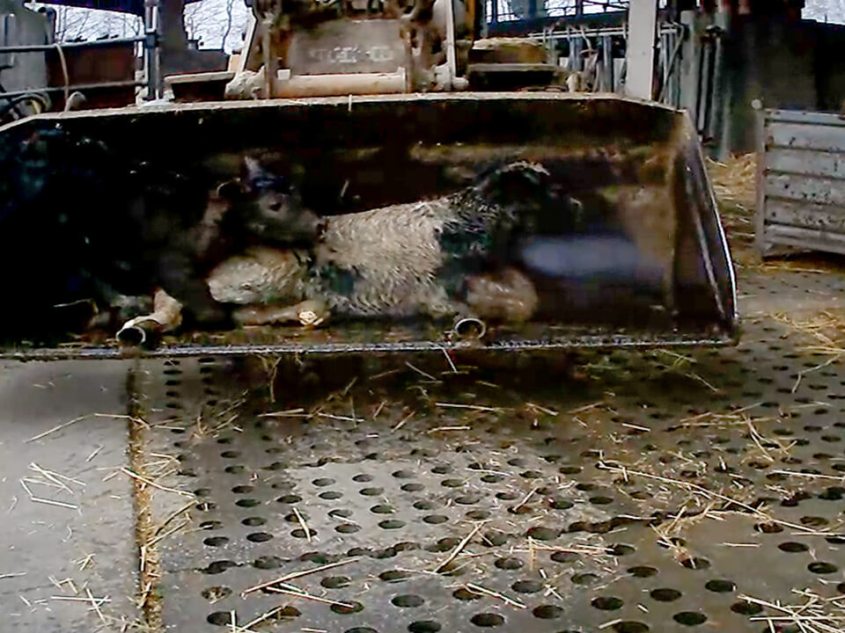 In order to avoid injuries, the calves are burned the roots of the horns. Although this extremely painful procedure, according to law, may only be performed by a veterinarian and under anesthesia, this practice was used by simple staff and without anesthesia in the stable screened by animal rights activists. In addition, the activists were able to document many cases of violence against the animals. The cows were kicked, pushed and even beaten with iron bars. Breeding of dairy cows designed for maximum milk production – a dairy cow of the Holstein cattle breed today gives up to 28 liters of milk, in 1985 it was only 17 liters – is increasingly affecting the welfare of the animals.

More and more often, the animals suffer injuries to the claws or slip on the wet concrete floor of the stables, breaking their tendons and legs. By law, injured and suffering cows may not be repealed, but would have to be killed immediately, but the employees often let the animals suffer for days before the “mercy shot” for lack of time. 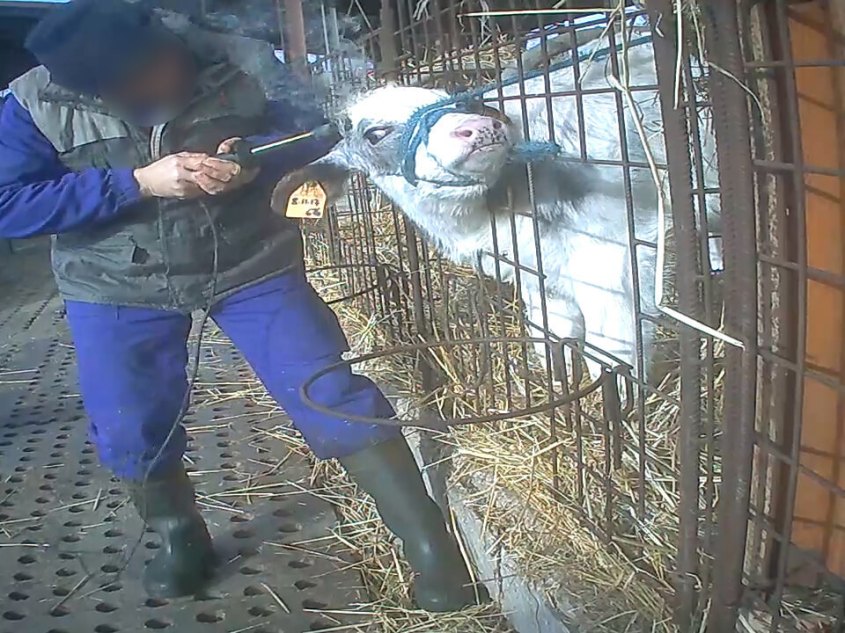 Although the dairy cows could live up to 20 years, they are “exchanged” after four to five years of life as a result of slowly declining milk yield and handed over to butchers and meat processing companies.

Given the sad fate of the dairy cows as well as the brutal and sometimes illegal behavior of the employees, there is not much left of the image of happy cows, who are happy to give milk, and who are carefully cared for by the advertising.

Animal welfare organization hopes that consumers will reconsider their consumption of milk and dairy products produced under such dire conditions.

Whether the video can shake up the consumer?

My comment: The meat consumer likes to “stun” himself.

We do not learn to feel anything anymore. Even after such documentation which- fortunately! – has been shown by public service broadcasters in recent years, we develop mechanisms such as rejection, oppression or even apathy.

We can not say more: how do the animals that give us milk live? Where are they?
We read and experience how animals live today: in huge factory farms, under torture, psychic stress, suffering until they are transported to the slaughterhouse. In a way, we know the truth quite well!
But the most effective way to evade this reality is to deny it. That’s why we tell ourselves that such pictures are just the exception, we buy organic milk from happy cows and organic meat from meadows cows.
And so we tell ourselves, there is no problem, so we do not have to make any thoughts and we are not responsible for our consumption, that is, for our actions.

And that’s why, we no longer see the cow, which is transported by crane, on our plate!