…is the reward after a hard day

Regards at all from Venus

Justice for young dog thrown from car on New Your highway.

Two beagle mixes were hurled out the window of a moving car onto Interstate Highway 81 in Marathon, New York, one suffering from injuries so gruesome, he lost a leg.

The innocent dog suffered a compound fracture to his distal radius and ulna on one front leg, and a hairline fracture of the ulna on his other front leg. He also had lung contusions and broken ribs. In spite of best efforts from veterinarians, a front leg was so mangled that it had to be amputated. A long, painful road of recovery awaits.

A truck driver witnessed this horrific incident as it happened, and immediately pulled over to save the dogs. He was quickly assisted by state troopers before The Broome County Humane Society arrived to take the dogs into care.

The amputee was later named “Trooper” after the state troopers who assisted with the rescue. The younger dog — named Adam after the truck driver who stopped to bring these dogs to safety — luckily escaped without major physical injury.

New York State Police are searching for the people responsible for this disgusting act. They are looking for an older model blue Dodge Durango that was traveling on Interstate 81 around 9:30 am on Wednesday, December 12.

Sign this petition urging police to use all available resources to track down the person/s responsible and prosecute them to the fullest extent of the law, ensuring they never harm another animal again.

There is a $16,500 reward offered for information leading to the conviction of those responsible. Anyone with information is asked to call SP Homer at (607)749-1614.

We have been personally saying on both SAV and WAV sites for many years that the ‘average / normal’ citizen of the EU is basically being ignored by the ‘maters’ (Junker, Tusk etc) when it comes to issues that they have strong feelings about, such as the live transport of animals and the 8 hour rule.

8 hours was a major campaign across the EU to limit the journey times for animals in transport to a maximum of 8 hours; thereby cutting down on the suffering which is forever being presented to the EU ‘masters’; which is then completely ignored by them.  The Status Quo rules you could say.

Well now, Professor Cedomir Nestorovic of the ESSEC Business School; has said that the EU elections in May 2019 are the biggest ‘fear’ for the EU; as well as Brexit; as there will be a rise in populistic parties all over Europe.  In other words; the normal EU citizen is getting ‘bummed off’ with the dictatorship of Brussels and will this time vote for parties that reflect their views a lot more comer the May elections for Members of the European Parliament (MEP). 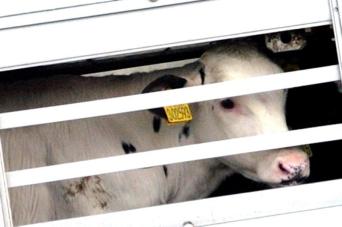 “I am not really confident that we will have some kind of Europe building capacity in the future as we have in the past.” said the Professor.

He added: “I think the higher fear is the elections in May because for the major part of the European countries, the UK is over, the UK has left the European Union.

The European elections to elect new MEP’s throughout Europe to represent ‘the normal EU citizen’ will take place between May 23 and 26, less than two months after Britain’s exit from the Brussels bloc.

The situations in Italy and France for example represent such problems.  French President Emmanuel Macron and Italy’s deputy prime minister Matteo Salvini are expected to become the symbols of the two sides at the upcoming vote.  Neither of the two leading politicians will actually stand for a seat in the European Parliament elections; but the two political forces have made it clear they will fight for their respective political sides to determine the future of the continent.

The French President (Mr Macron) has been battling in France f9or weeks now to control the so-called “yellow vest” protests which have paralysed parts of France since erupting last month with demonstrators clashing with police, torching cars, erecting roadblocks and burning barricades.  Signals that the ‘normal’ EU citizen is not happy with what is coming from EU governments as well as from Brussels (EU).

The Italian eurosceptics will likely team up with MEPs from (French) Marine Le Pen’s National Rally and (Hungary) Viktor Orban’s Fidesz party, who are also expected to gain votes.

The UK should not be presenting any MEP’s for election in the May votes; as the UK should have left the EU by this time – the process of ‘Brexit’; which again was introduced in 2016 by British citizens being given the option of remaining or leaving the EU.  Again here; the majority of citizens in the UK voted for Britain to leave the EU; as they felt they were not being listened to; represented or actions taken to support their wishes at the EU in Brussels.

So; the elections in May 2019 will be very interesting throughout Europe.  We at WAV do expect that the ‘common man / woman’ of Europe will have their say at the election booth and that post May; there will be major changes in the make up of the European Parliament. 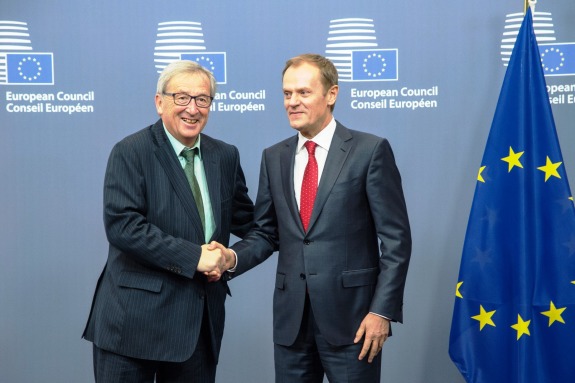 Junker, Tusk and others have been presented with real evidence for change over the years.  They have decided to ignore it; putting themselves on a higher pillar than the people of the EU.  In May, we envisage that the ‘worm will turn’ and the pillars will come crumbling down.

Who knows; in the post 2019 elections; we may even witness animals being transported throughout the EU for a maximum of 8 hours ! – They were warned that they needed to change the rules; they ignored it; maybe in May they will pay the price !

Again a devastating failure in Alzheimer’s research on animals

At a recent science conference, a total of three pharmaceutical companies announced that their investigational drugs to treat Alzheimer’s disease have failed – even though they had been successfully tested on mice [1]. The animals were genetically engineered to develop pseudo-Alzheimer’s disease.

The preparations, also known as BACE inhibitors, apparently even harmed the patients because they worsened their cognitive abilities and led to brain atrophy. The journal Nature writes about the long list of failures [2]: “Drug manufacturers have spent billions looking for therapies that can reverse or significantly slow Alzheimer’s – but to no avail.”

Alzheimer’s patients deserve better. Or to put it in the words of a molecular biologist cited in this article:

“The biggest mistake you can make is to assume there could be a mouse with Alzheimer’s. “

Experimenters must use higher-quality, animal-free research methods whose results are actually transferable to humans. For example, a groundbreaking study has just been published that has been performed on cells from the human brain [3]. It provides new insights into the development of Alzheimer’s and can thus contribute to the development of effective treatment methods. 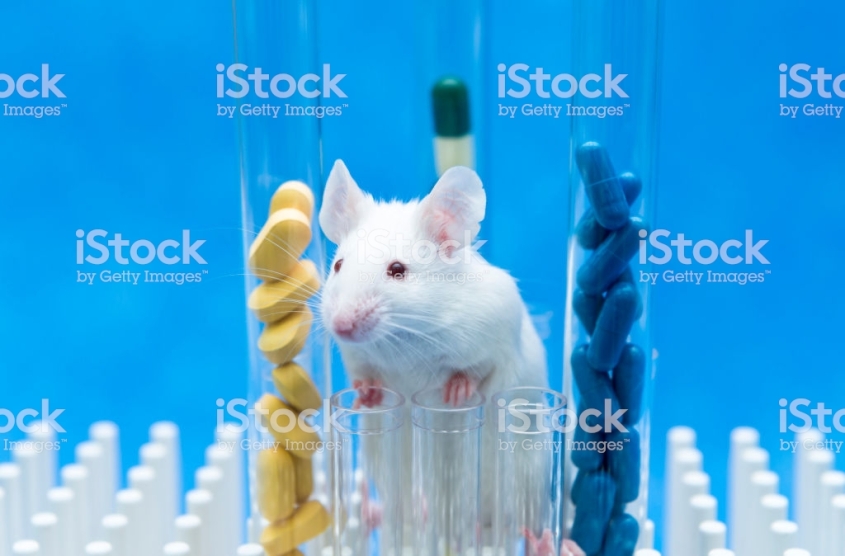 After a long series of failed attempts, animal experimenters have come to realize that their previous attempts to develop treatments for Alzheimer’s have come to nothing [4].
It’s hard to believe, but for decades time and money have been wasted on developing more than 100 medicines that ultimately turn out to be a failure. Countless animals have lost their lives so far.

In an attempt to develop medicines for Alzheimer’s, experimenters have been tormenting mice, dogs and other animals for years. The problem is that these animals do not get Alzheimer’s disease. Therefore, the “researchers” had to alter the genetic makeup of animals to trigger the formation of amyloid plaques, which similarly occur in the brain of affected individuals.

The result: The animals may seem to be helped against symptoms that look like Alzheimer’s but are not Alzheimer’s.
But human patients continue to suffer.

My comment: Recently we reported about the case “Max Planck Institute” in Tübingen, remember?

The Greek Nikos Logothetis and his troupe “researched” for decades of Rhesus monkeys to vent the mystery of the human brain for the purpose of Parkinson’s and Alzheimer’s disease.
The result: monkeys who were tortured to death, a lawsuit against Logothetis and other “researchers”, waste of billions of euros from our coffers for criminals idiots who have never brought a result for the benefit of man.
But these criminal idiots continue to work, they continue to earn, animals continue to die, and serious diseases continue to plague us all.