Learn a great deal more about the Badger cull in England by reading the following link data:

Finally; a positive move for Badgers who are supported on the whole by the British public; but who are unfortunately culled at present due to misinformed government and advisors.

The National Trust says it will NOT bow to pressure from the industry and allow badger culling to take place on its land as part of government efforts to eradicate TB.

In a statement, a National Trust spokesman said: “As a major landowner with many farming tenants, we understand how devastating an outbreak of bovine TB can be.

“That’s why it’s important for us to play our part in tackling this disease by finding a practical solution to prevent its spread among badgers, between cattle and badgers and among cattle.

“Given the evidence currently available, we don’t believe that the widespread culling of a protected species is the right approach to managing bovine TB.”

Read more on this story at: 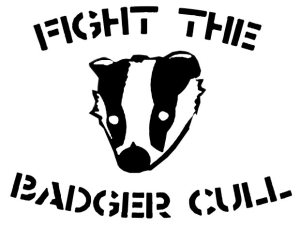 A hunter has been caught on camera kicking the body of a fox into a river, in what Chris Packham says is “proof” illegal hunting is taking place in the UK.

A member of the Cheshire Hunt, in red hunting jacket, was filmed trying to dispose of the corpse of the vixen, which witnesses claimed had just been chased and mauled to death by hounds.

Cheshire Hunt Saboteurs, who retrieved the mangled body from the water, posted footage online of the huntsman’s “vile” actions.

Hunting wildlife with dogs has been illegal since 2005.

Packham, the BBC Springwatch presenter, tweeted:“This is ugly,” going on to suggest that the incident provided “proof that illegal hunting continues in the UK”. The Cheshire Hunt strongly denied that any unlawful activity had taken place.

“Please help to peacefully and democratically end this anachronistic savagery”, Packham went on. “It shames our nation and our species.”

Other Twitter users called for the hunter to be prosecuted, insisting there was “no excuse for such evil” and saying the law should be enforced more strictly.

After the clash, at Huxley near Chester, on Saturday afternoon, the saboteurs named the vixen Amelia “to give her some dignity”.

Facebook user Helen Martin wrote to the Cheshire Police Commissioner, saying: “I also hope that you will represent the 85 per cent of the population who abhor fox hunting and ensure Cheshire makes a stand on this archaic, brutal practice the only purpose of which is to fulfil the bloodlust of a disturbed minority.”

Meanwhile, a businesswoman is trying to convince local authorities to enforce rules around organising hunts in advance.

Barbara Wray has started a petition on Change.org, calling for hunts to be forced to apply for “comprehensive risk-assessment documents” and to have public liability insurance, as organisers of other public events do.

A spokesperson for the Cheshire Hunt said: “Many hunts, including the Cheshire, are subjected to constant harassment by anti-hunting activists whose intentions are to disrupt legal activities by spraying noxious substances and attempting to distract the hounds while they are trail-hunting.

“The Cheshire Hunt operates within the law to comply with the Hunting Act 2004.

“An incident occurred on Saturday 5 January which we believe was solely due to the presence of anti-hunting protesters who were interfering with the hounds.

“The police are aware of any allegations regarding our activities and that of the anti-hunting activists and we are fully co-operating with their enquiries.”

Cheshire police said they were still investigating, and referred to an earlier statement that said: “We’re still speaking to all parties and are thoroughly reviewing the information we’ve been given. Events such as these are very upsetting and we’re doing everything we can to find out what has gone on, but this can take time and is often very challenging.”

“The acting chief constable is fully aware of my expectation that such incidents are thoroughly and robustly investigated.

“Following the independent review I commissioned into illegal hunting in Cheshire, I will be holding a scrutiny meeting in public next month to discuss the outcomes of this review and the subsequent action plan to ensure Cheshire Constabulary is upholding its responsibilities under the Hunting Act 2004.

“In the meantime, I would urge anyone who has evidence of any criminal activity relating to illegal hunting to contact Cheshire police.”

when do the police ever do anything about illegal hunting ? – ignorant as always; that is the problem !

In Brazil, thousands of square kilometers of rainforest are destroyed each year, and this year’s depletion of nature reaches its highest level since 2008: According to the Brazilian Ministry of the Environment, a total of 7900 square kilometers of forest were cut between August 2017 and July 2018.

This corresponds to an area of ​​more than one million soccer fields!!

Deforestation has risen by more than 13 percent since last year. Environment Minister Edson Duarte cited illegal logging as the reason and blamed “increased organized crime”. Brazil must expand the fight against environmental violations and protect the sustainable development of the biome.

Most trees were cleared in the states of Pará and Mato Grosso. Mato Grosso grows much of Brazil’s grain. 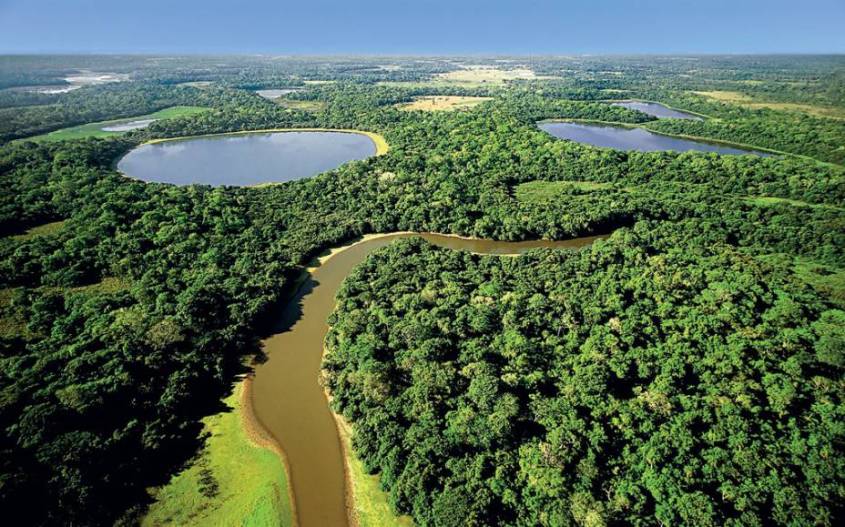 According to critics, the forest has to give way above all to expanding agriculture.

The rainforest in the Amazon region is the largest on Earth. Much of the forest lies on Brazilian territory. Newly elected President Jair Bolsonaro had announced in the election campaign to have a road paved through the rainforest. He is also considering merging the environment with the Ministry of Agriculture. Minister Duarte warned against the merger. Critics fear that environmental protection, with the merger behind the interests of the powerful agricultural lobbies must stand behind.

In the past year, the deforestation of the rainforest had fallen by 16 percent compared to the previous year and amounted to almost 7,000 square kilometers. The lowest level was reached in 2012, when only 4500 square kilometers of forest were cleared.

In 2004, the then government adopted measures to combat deforestation. In the year, an area the size of Haiti – over 27,000 square kilometers was cut down.

My comment: nature does not need us, we need nature.

If we destroy its last resources, who won?