This week the mayor of Mas de Barberams, Josep Maria Lleixà, has confirmed what was already an open secret: the town’s biggest festivities, scheduled for this April, are canceled.

The same has happened with Aldover, a municipality that starts the bullfighting season in Catalonia every year, and with Alcanar, which had planned to organize an entire week with more than 30 bullfights, in May.

Some of the events planned for major festivals will change their dates and will be held in another month. But bullfights cannot be held because they must be held during the traditionally stipulated period, as required by law. 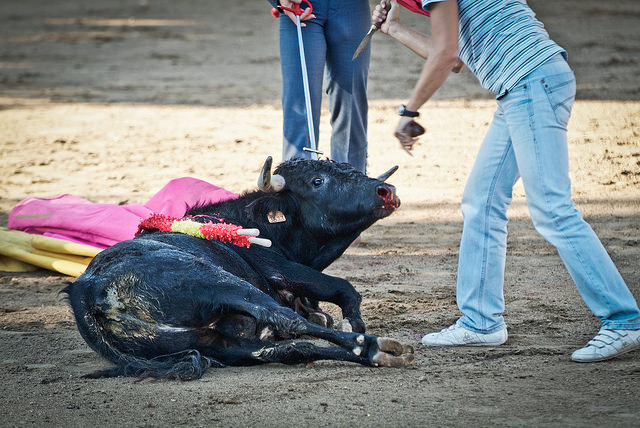 The total number of bullfights in Catalonia canceled and unavoidable are now in their forties, but various municipalities throughout Spain are already suspending all sports, cultural activities and festivities scheduled for June, due to the coronavirus pandemic.

If they follow the same steps, the festivities canceled in Catalonia would reach 70. Municipalities and cultural sectors are beginning to foresee that in reality there will be no concerts, sporting events, or crowds allowed until, at least, after the summer, which is why there will probably be no bullfighting season in Catalonia or the rest of Spain. 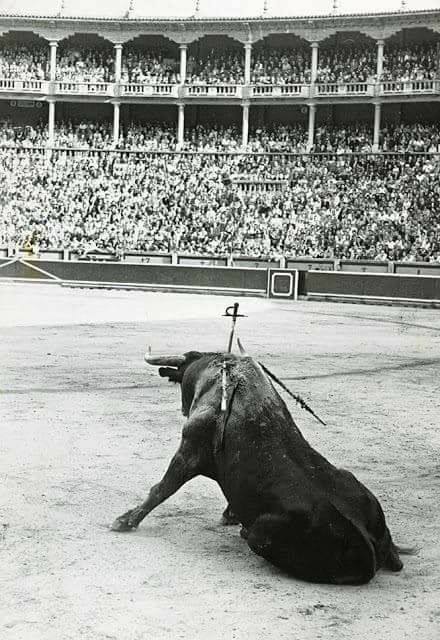 And I mean…A death blow for the bullfighting mafia.
We are happy, very happy!

Usually it is the bull killer who gives the death blow to the massacred, bleeding bull when he lies powerless on the floor and surrenders.

We are happy but we are also aware that this, their brief liberation from human tyranny will not last long.

One thought on “Spain: Corona kills the bullfighting mafia”