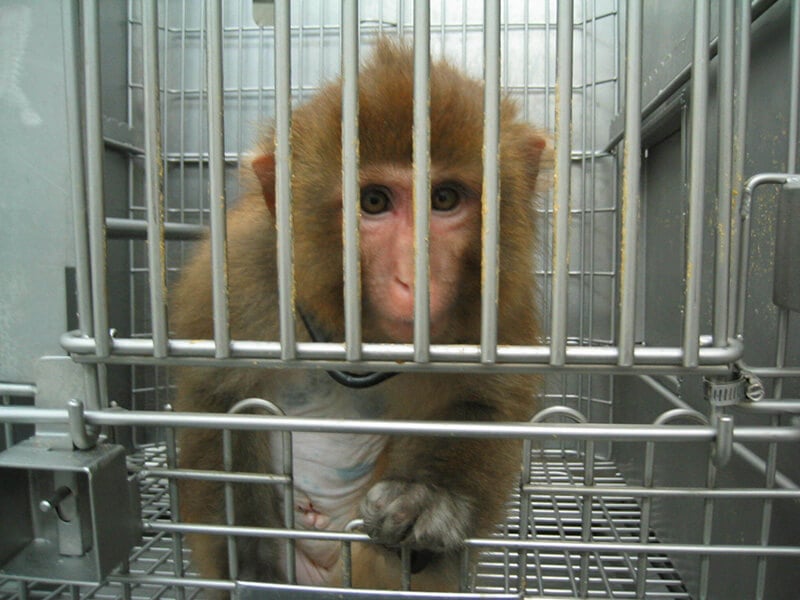 Unable to hold a real protest because of restrictions on social gatherings, PETA is staging a march by an army of adorable animal figurines against a backdrop of the Houses of Parliament today to mark World Day for Animals in Laboratories.

Our tiny protesters are calling on the government to commit to ending all animal experiments and redirecting resources towards superior, non-animal methods – such as sophisticated tests using human cells and tissues and advanced computer-modelling techniques – which would benefit humans and animals alike.

Will you join us by adding your name to PETA’s petition?

European Union Directive 2010/63/EU on the protection of animals used for scientific purposes is clear – the EU’s ultimate objective is to replace all experiments on animals. Shamefully, Britain has yet to commit to this important goal in its own national legislation – and as the end of the Brexit transition period fast approaches, the UK government is running out of time.

Over 90 per cent of drug trials in humans fail, even though the drugs have already passed experiments on animals. The problem is that the differences between species are so vast that results in animals are, at best, a very poor approximation of what will happen in humans or, at worst, dangerously misleading. A paradigm shift away from all studies using animals is needed. The government must create a clear strategy and timeline for replacing animals used in experiments. With greater investment in animal-free science and bold policy initiatives, far more promising cures and treatments for humans as well as more effective and reliable methods for toxicity assessment can be developed.

Finally – and crucially – committing to this goal would also help put an end to the almost unimaginable suffering of millions of animals.

It’s time for the UK to commit to completely replacing all experiments on animals.

Please sign our petition to the Home Office; Department of Business, Energy and Industrial Strategy; and Department of Health and Social Care.

Urge the Government to Commit to Ending All Experiments on Animals

Please commit to the EU’s final goal of fully replacing the use of animals in scientific procedures to ensure that the UK is not left behind – in either animal-welfare standards or scientific innovation – in the wake of Brexit. Although EU Directive 2010/63/EU (the Directive) has been transposed into the Animals (Scientific Procedures) Act 1986, the UK has not formally adopted the EU’s ultimate goal of replacing the use of animals in scientific procedures, as reflected in Recital 10 of the Directive. We, the undersigned, respectfully request that the government take this official step immediately, establishing a clear policy within a legislative framework, mandating an end to experimentation on animals, and providing a clear strategy and timeline for achieving this goal. Redirecting funding away from unreliable and unethical tests on animals and instead investing in superior, non-animal methods will benefit humans, animals, and the future of science in the UK.

Thank you for helping animals in laboratories.