“The problem is that humans have sacrificed animals to such an extent that they are not even considered victims.
They are not taken into account at all.
They are nothing. They don’t count; they don’t matter;
They are goods like televisions and cell phones.
We actually turned animals into inanimate objects – sandwiches and shoes” – Gary Yourofsky

The beneficiaries are six bullfighting associations, which will organize children’s activities such as bullfighting workshops, bullfighting painting contests, and literary contests, even magazine publications, colloquium talks, and even bullfights with death.

Six bullfighting associations are going to receive 44,000 euros from the government of the Region of Murcia to develop dissemination activities and support for bullfighting during 2021.

The activities they will carry out range from a contest for bullfighters without picadors to bullfighting workshops for children, children’s bullfighting painting contests, magazine publications, colloquium talks, or literary contests.

The objective of this measure is to increase the dissemination of bullfighting, promote it and bring it closer to society through different actions of both a recreational and cultural nature.

The Director-General of Local Administration, Francisco Abril, stressed that “currently there are certain sectors opposed to the visibility and dissemination of bullfighting as what it has always been: a fundamental expression of the traditional culture of the Spanish people. That is why it was essential to start these grants, to promote the sector and increase knowledge about the festival, especially among young people ”.

From AnimaNaturalis we believe that it is a scandal that in the midst of a pandemic and economic crisis due to Covid19, a government decides to allocate public money to the promotion of an activity that the majority of Spaniards reject, and also neighbors of Murcia.

And I mean…Public money again for the indoctrination of Spanish children into the torture of defenseless animals…
Bullfighting and bull festivals violate any ethics of modern civilized countries and societies and value a “culture” of primitive people
Education and the future of Spanish children are not worth a cent in and for Spain.
One notices that every single day.

As the Pisa study shows, in terms of education, Spain is at the bottom of the list in Europe, which is also noticeable in the fact that traditions from the Middle Ages are followed with enthusiasm.
One must be very primitive to be able to believe that in modern Europe one can get away with this kind of cruelty to animals in the long term. 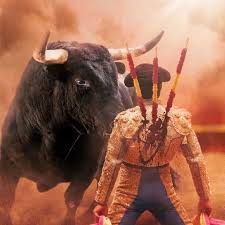 Time is ticking for the animals and we know it will end.

Online Public Consultation on Sustainable Use of Pesticides launched

You can contribute to this consultation by filling in the online questionnaire as per the above link..

If you are unable to use the online questionnaire, please contact using the email address below.

For reasons of transparency, organisations and businesses taking part in public consultations are asked to register in the EU’s Transparency Register.

As part of the Better Regulation Evaluation of the Sustainable Use of Pesticides Directive (SUD) and the impact assessment of its planned revision, DG SANTE launched, on 18 January 2021, an online public consultation asking stakeholders and members of the public to have their say on the sustainable use of pesticides.

Stakeholders are being consulted on the achievements of the SUD, implementation, enforcement and application problems and their underlying causes and on possible ways forward and their impacts. The consultation aims to provide the stakeholders involved in the application of the SUD and the wider public with the opportunity to share their experiences. It allows respondents to express their views on possible ways to make the Directive work more efficiently or better achieve its objectives.

The SUD aims to achieve a sustainable use of pesticides in the EU by reducing the risks and impacts of pesticide use on human health and the environment and promoting the use of Integrated Pest Management (IPM) and of alternative approaches or techniques, such as non-chemical alternatives to pesticides.

The Beatles’ line of the song “And I’ve been working like a dog” takes on a whole new meaning: A Swedish company wants to equip its French employees with a band that triggers an alarm if they are too close to another employee.

For the time being, however, only the Confédération française démocratique du travail (CFDT) trade union, which wants to take action against the planned measure, is alarmed.
Essity is a publicly-traded manufacturer of tissue paper. The group’s headquarters are in Stockholm.

In Germany, Essity Germany has plants in Mannheim, Mainz-Kostheim, Neuss, Witzenhausen, and Ismaning, which is also the company’s German headquarters.

The AFP news agency reported on January 13th about the company’s plans for its approximately 2,500 French employees.
The CFDT union, however, is outraged.

The collar is comparable to the straps that “are supposed to keep dogs from barking,” the union said in a statement.

Specifically, the company’s management had suggested using tapes that would trigger an alarm if they were too close to another employee.

This band can be worn either around the neck or around the waist, as the French daily “Le Monde” reported.

According to the CFDT, the collars would emit a sound of 85 decibels as soon as the social distance is no longer maintained.

“It’s about disciplining the employees and calling them to order,” denounced CFDT union delegate Christine Duguet, who also emphasized that there was no contamination between the employees at Essity.

The union also speaks of an “attack on individual freedoms” that employees would not accept.
“[These tapes] will end up in the trash cans or in the lockers, that’s nonsense,” warned Duguet.
The management defended the project. One wants to “strengthen the security of the employees”(!!!)

“This device does not contain a geolocation system and is not associated with any personal information,” said Essity.
It is also inactive in the sanitary facilities, in the company restaurant, or in the hospital ward. It could help to react faster.

The plan is to introduce the utensil at several of the Group’s European locations.
A social and economic committee (CSE) will meet next week, where the management has to specify their project, explained CFDT.

And I mean…Hopefully, our Minister of Health Spahn won’t read RT-online, that’s my only comment on it.
But I would like to add another comment, which I find very good, on this subject:

I am not surprised. The overwhelming majority of the people keep their mouths shut and keep a mask in front of the mask. Two are better than one.
It can be locked up at will.
Nobody takes the few resistance people seriously anyway.
And the men and women continue to test the expansion of their measures.
As Jean-Claude Junker once said a few years ago publicly in the press: “We are putting the people to the test with our measures. We see how far we can go to make appropriate adjustments next time.”

Oops. Who cares, freedom, peace, joy, etc.
These are all myths from the distant past, if at all.

Humans have always been predestined for slavery. To this day, history is teeming with slavery. Freedom is something for wimps, they just talk and just can’t adapt.
Peace, order, and conformity with the state, these are the primary duties of the citizen.