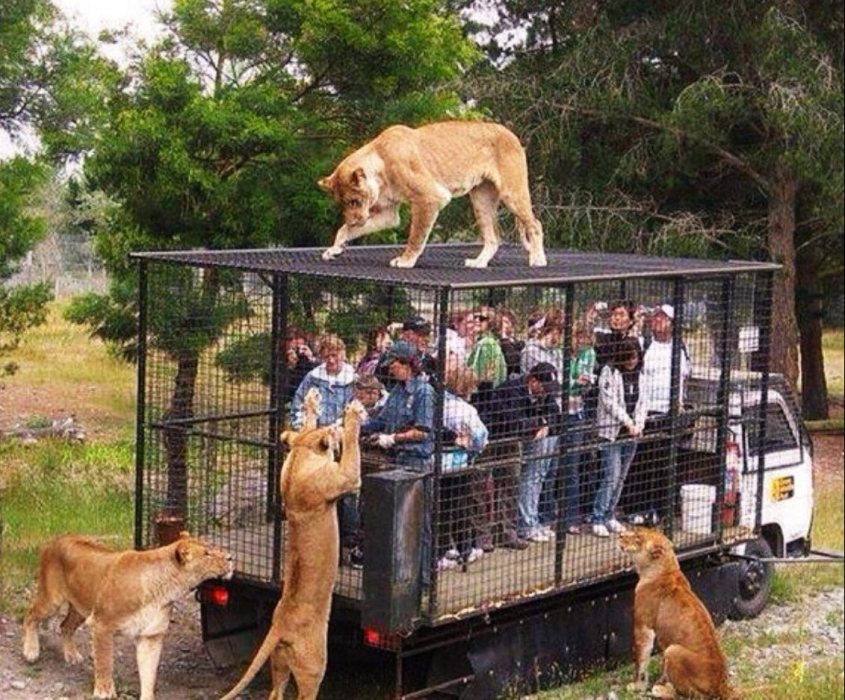 Berlin: A case of avian influenza has now been detected in the Prignitz district, Berlin.

As the Potsdam Ministry of Health announced on Sunday evening, 16,000 turkeys had to be emergency slaughtered and “disposed of” (!!!) – as it is called in technical terms.

This means that the carcasses of the killed animals are disposed of, mostly incinerated, so that no other animals or people can become infected with the disease. 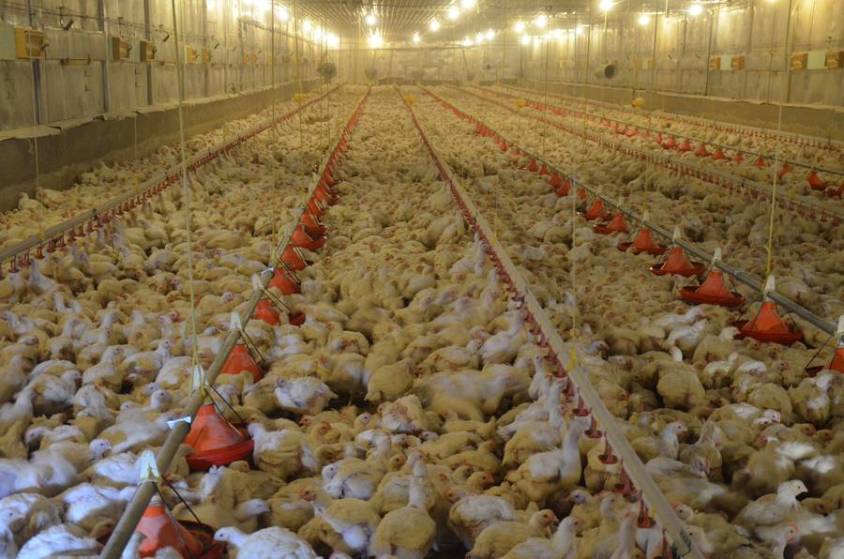 The disease, which is deadly for animals, is also known as bird flu and made headlines around the world a few years ago.
The epidemic is being dealt with in a more relaxed manner.
In this case, it is the avian influenza pathogen with the code H5N8. 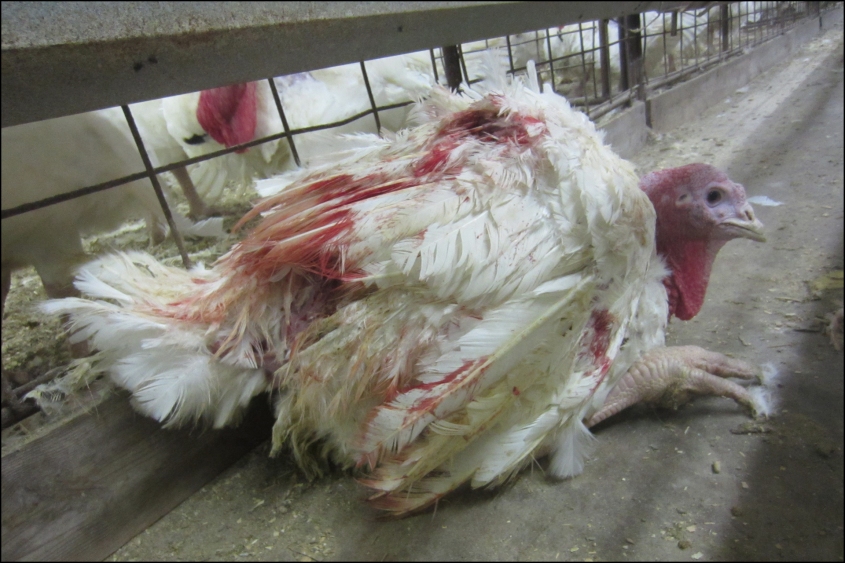 It is already the second case of this disease that has been detected in the state of Brandenburg since autumn.
The first case was confirmed at the end of December 2020 in Lausitz on a small farm in the Spree-Neisse district (Germany).
Now a larger fattening farm is affected.

In addition, the virus has so far been detected in six wild birds in Brandenburg.

The virus is said to have spread wild birds, according to the Friedrich Loeffler Institute.

According to the Robert Koch Institute, animal disease can also be transmitted to humans.
“Influenza A viruses that occur in birds can also cause illness in humans and are then also referred to as bird flu,” it says.
“The transmission of avian influenza viruses from animals to humans is not very effective, which means that they are not very infectious for humans. However, if such an infection occurs, it can also lead to serious illnesses.”

END_OF_DOCUMENT_TOKEN_TO_BE_REPLACED

With tourism on pause due to coronavirus, Kenya Wildlife Service has stepped up its battle against illegal wildlife trade, says Director General Brigadier John Waweru

“We are incredibly proud of that,” says Brigadier John Waweru, who left the navy to take up the role of Director General of Kenya Wildlife Service (KWS) two years ago. “It’s not just luck, it’s down to lots of hard work and dedication, especially in a pandemic year.“

Elephant poaching has also reduced from 350 a year five years ago to just 11 in 2020, which is the lowest recorded yearly total ever. “I believe it is not a pipe dream to get Kenya’s poaching level to zero.”

In the past the east African nation’s high levels of rhino and elephant poaching have threatened the survival of both species and fuelled the corruptive, corrosive illegal wildlife trade.

In 2016, 14 Kenya rhinos were slaughtered, and nine the following year. The deaths don’t just decimate critical wildlife populations, they also put the livelihoods of millions who depend on tourism for a living at risk.

Last year was a year like no other. Mr Waweru says the pandemic caused a 92 per cent drop in tourism revenue in Kenya, and there were widespread fears of a poaching uptick due to fewer eyes on the ground. Yet those fears proved to be unfounded.

“While Covid continues to be a huge crisis, there was no poaching increase,” said Mr Waweru. “Wildlife has flourished.

“Without tourists I think poachers might think KWS had gone to sleep, but instead we did the reverse and enhanced our efforts.

“At the start of the pandemic we found there was more interest in bushmeat poaching, but thanks to a sustained, aggressive campaign to help people understand it is not an alternative to beef, we were able to curtail it quickly.”

Mr Waweru says that it is only by educating and empowering Kenyans in the protection of wild animals that the war against poachers will eventually be won.

“To succeed there must be a very close interaction with the people that live alongside wildlife,” he says.

“The KWS provides training and support to help people to co exist with wildlife and to understand their value to all of us.

“Poachers do not operate in isolation. Thanks to the interaction we have with communities, anyone who sees or suspects wildlife crime alerts us. In this way we can alienate or apprehend potential poachers.

“Wildlife does not belong to KWS, it belongs to every Kenyan; it is our shared heritage.”

You could be forgiven for thinking the camo-uniformed, highly regimented KWS is an arm of the military rather than sitting under the department of tourism.

Set up in 1989 amid widespread corruption and insecurity in African parks, the KWS has worked alongside charity partners to transform wildlife security and stabilise the tourism sector.

In the three decades since, Kenya’s elephant population has more than doubled to an estimated 34,000, along with 1,258 rhinos.

Protecting these endangered animals, in addition to the mosaic of other wildlife, is a hugely complex and unending task.

Mr Waweru believes his military background enables him to face the challenges of being KWS’s Director General.

“When I was a naval officer I patrolled and apprehended those involved in illegal fishing or dumping.

“As an enforcement arm, when you go out and you expect to see resistance; to meet someone who is armed, just like you.

“So I understand what kind of dangers KWS troops face daily. I have been shot at when I was a UN military observer in Bosnia.”

When Mr Waweru began his new role after 36 years of public service, he announced that there would be changes in KWS, with all staff encouraged to focus their efforts on implementation, in line with his mission to restore the organisation to its former glory.

There was also warning that anyone who attempted to “pull in the opposite direction” would have to be let go. Collaboration, conservation and enterprise are Waweru’s ethos, with a strong emphasis on mutually beneficial partnerships.

“Kenya has suffered heavy poaching in the past, and inefficiency and low morale within the teams conserving and managing wildlife,” says Mr Waweru.

“I think there was a time of a bit of lethargy, but now there is a feeling of renewed energy in KWS. And we can see the results of that energy in how we are successfully protecting wildlife.

“KWS does not work in isolation, but through strong relationships with the police, intelligence services and other organisations such as Kenya Forest Service or charity Space for Giants.”

KWS established the Case Progression Unit, unique in Kenya, with the close support of Space for Giants, the international conservation organisation that The Independent‘s Stop The Illegal Wildlife Trade campaign supports.

“What used to happen was rangers would put in all the effort, and face all the risk, to arrest suspected wildlife criminals, but they’d walk free from court days later because cases against them were flawed,” said Katto Wambua, Space for Giant’s Wildlife Justice Senior Advisor.

“The illegal wildlife trade will be defeated just as much in the courtroom as in the bush. It’s a testament to KWS’s coordinated approach to beating wildlife crime, and the DG’s leadership, that they set up and continue to support the Case Progression Unit. It allows the law to be the strong deterrent against wildlife crime that it should be.”

Mr Waweru says KWS feels “privileged” to work with Space for Giants on this pioneering initiative, and he welcomes the work being done by The Independent‘s Stop The Illegal Wildlife Trade campaign.

Mr Waweru adds “by strengthening partnerships wth stakeholders and communities, working with huge dedication to secure wildlife in all spaces we operate in – which is about 18 per cent of Kenya’s landmass – we will continue to see the results.

“No one has a better job than me. I’m one of the luckiest people on earth”.

WAV Comment – Viva is based in Bristol, England; but has now also set up a major facility in Poland – see the Viva! Poland link below to enter the site; there should also be a ‘translate’ link for you to use if you wish.

Viva! Have now set up a brand new website, and we have provided some links to areas below.

Take a trip and investigate further one of the UK’s leading Vegan animal organisations:

2021 – the perfect opportunity to clear away the cobwebs and make way for new beginnings. And that’s exactly what we’ve done with our new website.

We have been busy working away behind the scenes on a brand new website, and we really do mean brand new!

We have developed four stylish and vibrant sections of the new site, which represent the four key tenets of our work; Viva! Animals, Viva! Health, Viva! Planet and Viva! Lifestyle. Each section is beautifully designed and colour coded, with current, fully-referenced content.

When it comes to web, first impressions are everything. It takes web users just 50 milliseconds to form an opinion about a website. So your opinion matters to us!

From WAV – we have supplied the following short cut links for you: