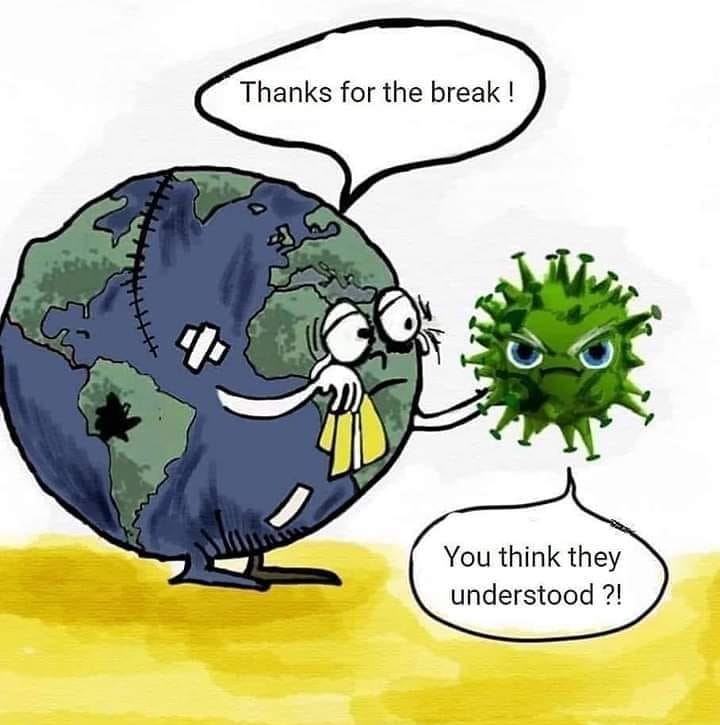 Songbirds as a delicacy: The consumption of songbirds is an “old tradition” in many Mediterranean countries. For this reason alone, millions of larks, thrushes, robins, and warblers are shot and caught every year.

In Spain they are eaten as paella (with rice), in Cyprus, they are grilled and in Italy, they are served with polenta (corn porridge).

Selling the birds is banned anywhere in the EU, but resourceful chefs and criminal gangs have established a well-functioning system to allow the authorities to conduct their business unhindered.

On the island of Cyprus alone, government employees estimate the amount to be over 10 million euros annually!
Hundreds of poachers are caught every year during the bird protection camps run by the Committee against Bird Murder, but butcher shops and restaurants are also regularly checked. 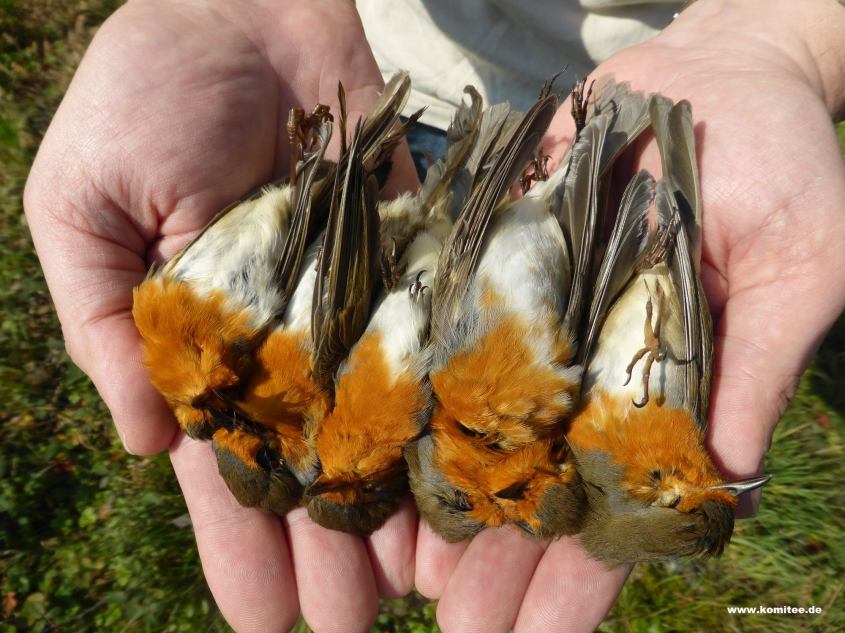 We are quite successful in this, because in many countries hardly any restaurant owner dares to offer songbirds to the public.
Today, the majority of trade takes place on the black market and is therefore no longer too extensive, as it was a few decades ago.

And I mean...In no other country in the European Union is bird trapping booming as it is in Cyprus.

Bird trapping in Cyprus has grown into a controversy that encompasses crime, culture, politics, and science. The practice was made illegal more than 40 years ago — but that simply forced it underground. Today, trappers routinely cut wide corridors through vegetation and string fine ‘mist nets’ from poles to catch the birds, which are sent to local restaurants and quietly served.

A platter of a dozen birds sells for €40–80 (US$44–87), and the trade with songbirds is responsible for an estimated annual market of €15 million. The delicacy is so prized and lucrative that it is suspected to be linked to organized crime, and those trying to stop it have been subject to intimidation and violence.

While bird conservationists and authorities have managed to master poaching elsewhere, it is hardly controllable in the Greek-speaking part of the Mediterranean island. 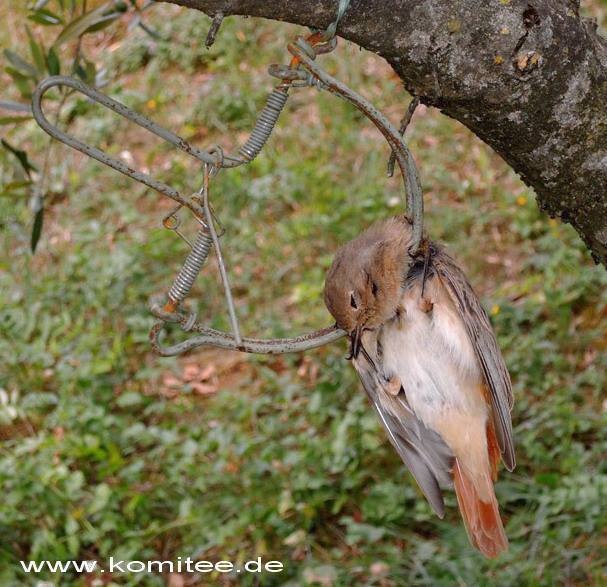 High-profit margins and a low risk of getting caught make bird trapping a lucrative source of income for many poachers.
Because the “connoisseurs” are ready to shell out more than 40 euros for the meager meal! The catchers themselves receive around 4 euros per bird.
The tender bird bones become soft during the preparation and are eaten along with them.

The police are already talking about the “caviar of the 21st century” because of the profit margins and are now afraid of professional poachers.
They do not shy away from violence if they see their lucrative business endangered.
Committee employees have also felt this at the bird protection camps, where they were assaulted more than once.
Poachers are shooting at activists’ cars with shotguns, they are throwing stones at them and spraying them with swine piss.

In France, there are even whole villages that hunt activists.

Therefore: Our greatest task for the future is to educate future generations about nature and animal welfare.

Meanwhile, consumers are setting an example: the corona pandemic has led to a significant change in consumer behavior. A recent study by the US group ADM (Archer Daniels Midland) showed that 56 percent of consumers worldwide are consuming more food and beverages based on plants instead of animals.
In Germany alone, almost 40 percent more meat substitute products were sold in the first quarter of 2020 than in the previous year.

The sausage manufacturer Rügenwalder Mühle made more sales last year for the first time with vegan and vegetarian meat alternatives than with meat products.
Multinational corporations such as Nestlé, Danone, and Unilever invest large sums in animal-free trend products such as nuggets, burgers, and plant-based yogurts.

You can read more about this in the Links below: current meat atlas and in the Handelsblatt.

And I mean...Has the “Fridays for the Future” climate movement brought additional dynamism to young consumers and contributed to changing their consumption habits?
Was it the Animal Save Movement that accompanied the animals to their terminus – the slaughterhouse – and demonstrated there peacefully?
Or Anonymous for the Voiceless with the representation of the slaughterhouse hell on the screen and the lively street discussions?

Or the brave actions of the DAE organization in slaughterhouses?

And many other organizations that have tirelessly done great things for animal rights during the pandemic?

Maybe all together, we don’t know.
Perhaps we have all taken a big step together, no matter where we have demonstrated or informed people. 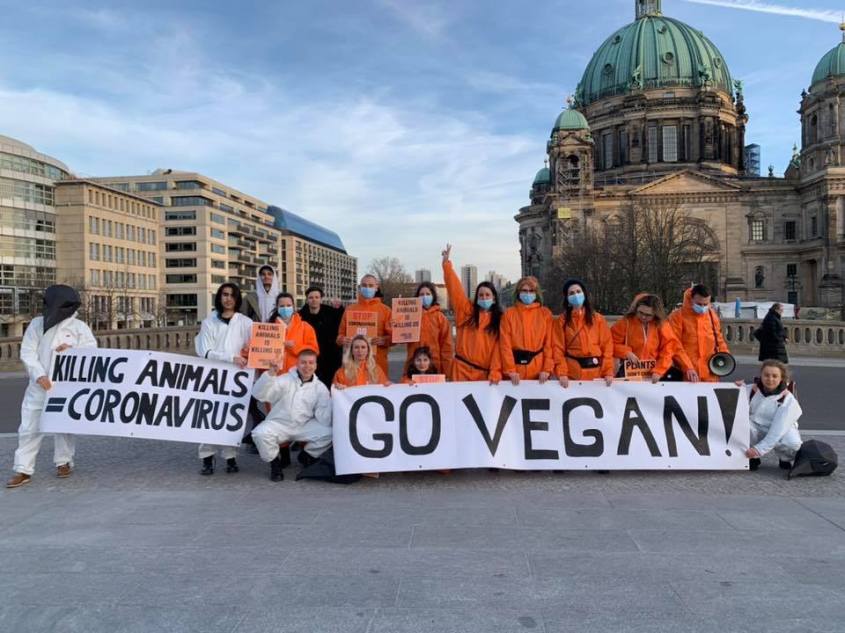 As long as we stay united and active, we can make big changes for animal rights.
We are dedicated to our mission and we will not stop until we live in a world where animals have their basic rights back.

In a series of social media actions, Eurogroup for Animals is asking the European Commission to amend the current version of the draft Delegated Act under the Taxonomy Regulation (Regulation EU 2020/852) as regards livestock farming. The text currently contains no language suggesting that industrial livestock production is unsustainable.

The Taxonomy Regulation was published in the Official Journal of the European Union on 22 June 2020 and entered into force on 12 July 2020. It establishes the framework for the EU taxonomy by setting out four overarching conditions that an economic activity has to meet in order to qualify as environmentally sustainable. It will influence not just how financial institutions regard industrial livestock farming but how this industry is viewed in the overall sustainability and climate debates.

The draft delegated act does not in any way acknowledge that industrial livestock production harms the Regulation’s objectives on water, pollution and biodiversity. This is because the delegated act does not take into account the indirect environmental degradation caused by the production of cereals for animal feed destined to industrially reared livestock. This production is nearly always carried out intensively with monocultures relying on the massive use of agro-chemicals, leading to soil degradation, biodiversity loss, overuse and pollution of water, and air pollution.  It is currently very difficult to ensure the “sustainable procurement of animal feed” because the existing certification schemes for soy have so far largely failed to halt the expansion of soy into pristine habitats and cereals are not generally covered by certification schemes.

Eurogroup for Animals takes the view that the delegated act’s section on livestock is out of step with the European Green Deal, including the Farm to Fork and Biodiversity Strategies, and Council Conclusions on these, of July 2020.

Eurogroup for Animals is asking the Commission to amend the draft delegated act to make it clear that industrial livestock productioncauses significant harm to several of the Regulation’s environmental objectives and socannot be regarded as a sustainable activity. Additionally, the delegated act’s livestock section should include the transition to a circular economy.

Survey: 62 % of Finns do not approve of killing animals for their fur

Survey: 62 % of Finns do not approve of killing animals for their fur | Eurogroup for Animals

According to a survey by the polling company Taloustutkimus, 62 % of Finns do not approve of killing animals for their fur.

The figure has increased by two percentage points from 2019. The figures show a growing opposition to, and disapproval of, the fur industry in Finland.

Opposition to fur farming has emerged also in other surveys published this Autumn. According to surveys commissioned by NGOs Animalia and Oikeutta eläimille, 76 % of Finns do not accept subsidies to fur farming. 73 % want to either ban farming altogether or think that the law should require considerably more space for the animals and offer better opportunities for the animals’ species-specific behavioural needs.

There has also been a tightening of attitudes towards fur farming in the Finnish Parliament. In August, the Social Democratic Party, which is the party of the Prime Minister, adopted an anti-fur position. The National Coalition Party, currently in the opposition, now calls on the decree on the protection of fur animals to be revised to meet “standards of a civilized state”.

The year 2020 has been catastrophic for fur farming in Europe, with Poland and France deciding on fur farming bans. The Netherlands decided to put an end to mink farming due to the COVID-19 pandemic. Denmark banned mink farming temporarily for the same reason. The Sars-CoV-2 virus has been found on fur farms in many other countries as well, and pressure is increasing for a Europe-wide ban on mink farming.

Animalia advocates for a ban on fur farming after a phase-out period.