Reports indicate that the livestock delivered to Israel were living in horrid conditions in the cargo ship, which caused them great suffering.

More than 500,000 calves and lambs passed through Israeli ports in cargo ships during the first half of 2021, according to the Agriculture Ministry, and the Knesset should “act urgently and stop the madness of live shipments,” Animals Now, an Israel-based animal-rights group, said Wednesday in a press release.
Animal shipments to Israel this year have increased 59% compared with 2020, it said. Almost half a million animals were delivered to the country in 2017, it added.
Shipments of animals to Israel come from Australia, Sweden, France and elsewhere.

A bill proposed by Likud MK Miki Zohar would end this practice within three years.
However, in November 2018, the legislative process to pass it was halted due to early elections. Since then, multiple bills have been submitted to stop live animal shipments.
A few bills have been submitted to the current Knesset, spearheaded by Zohar and MKs Sharren Haskel (New Hope), Ibtisam Mara’ana-Menuhin (Labor) and Mossi Raz (Meretz). 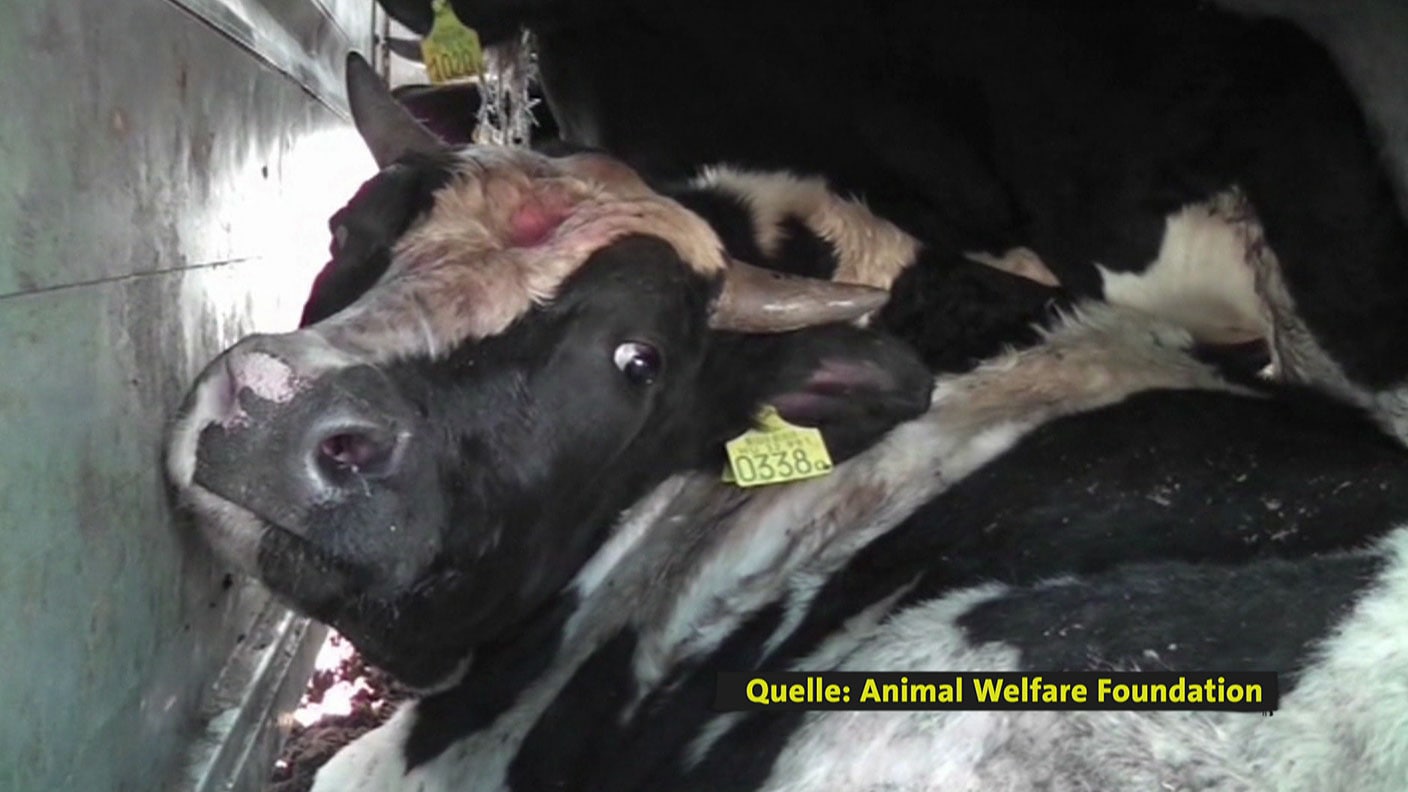 The Agriculture Ministry has not imposed sanctions on importers or ship owners who have not complied with the ministry’s guidelines, “Animals Now” said.
Reports indicate that animals that were delivered to Israel were living in horrid conditions while in the cargo ship, which caused them great suffering, it said.

“They do not care about animals,” Animals Now said. “They are only interested in the money they [make] from cramming animals into crowded and polluted ships. We call on MKs and the government to act urgently and stop the madness of live shipments.”

And I mean…In 2019, the bloated carcass of a calf washed up on Zuk Beach in northern Tel Aviv.

A few days later the gruesome incident was repeated.
“Where do the dead animals come from?” Asked the bathers angrily. The answer came on the evening news: from the animal transports that regularly ship hundreds of thousands of cows and sheep to Israel.
Died and thrown overboard.

Workers were filmed torturing calves and lambs with electric shocks while they were being unloaded from the ship’s belly. The 20,000 young animals were transported from Australia to the port of Eilat in a week-long journey.

Workers were filmed torturing calves and lambs with electric shocks while they were being unloaded from the ship’s belly. The 20,000 young animals were transported from Australia to the port of Eilat in a week-long journey.

Unloading alone took five long days.
These are images that shock and shake even the toughest.
Sheep, cows, calves and lambs, crammed together in the overheated storage rooms of ships, pounding in front of them and then mistreated.
In between sick and dead animals, smeared with excrement and blood.
Many suffer injuries and broken bones from the rough seas.

Israeli animal welfare organizations reported those responsible for cruelty to animals according to the pictures published by TV channel 13.
The spokesman for “Israel Against Live Shipments” said that in the 15 years the group has been active, he has never seen such cruelty to animals.
And yet it is not an isolated case, but a daily reality when transporting live animals.

According to the animal welfare organization, it is common practice to simply throw sick or dead animals overboard.
“Many even alive.”

In July 2018, a draft to end live transports was accepted by the Legislative Committee in a preliminary reading.
The proposal aims to reduce the shipping of live animals – hundreds of thousands annually – within the next three years and then ban them completely.

Only meat (chilled or frozen) should then be allowed to be transported to Israel.
Sixty rabbis also wrote a public letter in which they made it clear: “This is neither the Torah nor human morality to allow such cruelty to animals.”
Nothing has happened since then.

“They do not care about animals” says Animals Now.

Neither do our corrupt politicians. And not in the whole world.
They control and organize the animal transports according to their economic profit.
No other exploiter is politically and economically more powerful than the meat mafia.
The meat industry makes most of its profits from the suffering and exploitation of animals.

On the other hand, animal exploitation would be unthinkable without the support of a society that still consumes meat in perverse numbers.
We fight against the meat mafia and against this inveterate, meat-oriented ideology of today’s society.
We have had some small successes, but there is still a long way to go.
And we’ll go it.

Because the animals only have us.