It’s been a year since the animal rights activist and our loyal friend Slavica Mazac-Bešlić passed away.

We have not forgotten them and we will always remember their tireless struggle for animal rights.

The fight continues, Slavica, but it is still very sad for us and the animals that you can no longer fight with us and for them, as you always wanted and have done. 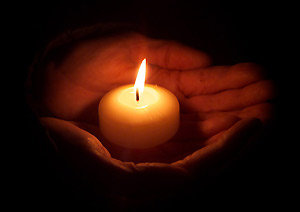 Rest in peace
your friends and fellow campaigners

In Thailand, a well-known tourist attraction has to close after 24 years in the wake of the corona pandemic: The Sriracha Tiger Zoo near Pattaya is no longer able to maintain operations after being closed for months, the newspaper “Pattaya Mail” reported on Thursday citing the owner.

The approximately 5000 animals, including tigers, crocodiles, camels and elephants, are initially to be relocated to another area that belongs to the park.

The zoo was opened in 1997 by a former pig and crocodile breeder.
At times there were 1.5 million holidaymakers a year, mainly Chinese, Indians, Vietnamese, Indonesians and Russians.
Since the first Corona wave last year, management has tried everything to generate income, including selling “street food” and temporarily free entry for visitors.

But since foreign guests are still not allowed to come and the number of infections is now increasing, a closure is the only way, according to the operators.

The Sriracha Tiger Zoo is harshly criticized by experts and animal rights activists.
In 2004 the American NGO “Animal Welfare Institute” reported that the park’s tigers and elephants were being used in circus shows.

A baby tiger sleeps with piglets in the Sriracha Zoo, on a grid floor

A British organization criticized in 2016 that the big cats were in poor condition and that tiger babies were separated from their mothers only two to three weeks after birth.

And I mean…Wildlife tourism, worth up to $250 billion (USD) annually is a big business.
It is estimated that globally wildlife tourism attractions condemn around 550,000 wild animals to appalling, mostly unseen suffering.
Because the pain and distress is largely hidden, visitors are usually oblivious to the horrific abuse and conditions endured for tourist entertainment.

Captive tigers are particular victims of irresponsible tourism – their suffering fuelled by the demand for selfies and photo sharing on social media.
These majestic and endangered predators are bred, used and abused to create entertainment for tourists and boost the profits of wildlife attractions, travel companies and illegal traders.

Sriracha Tiger Zoo near Pattaya had reported the most tigers in their possession.
Here, visitors are encouraged to photograph a tiger in an ‘African’ landscape. The tiger is pushed and prodded with a bamboo stick wielded by a Tarzan-style trainer until the animal sits on a stool.

One attraction of the zoo that kids and their parents love is the “cub milk-feeding”.
In a big room, with several cages in a row containing one baby tiger each, visitors are encouraged to feed the animals through the wire-mesh with milk in feeding bottles.

A zoo attendant offers visitors milk in feeding bottles in exchange for a certain amount.

But loud cries of the baby tigers can be heard meters away from the room. When visitors start asking why, the attendant is quick to explain that the cubs are hungry and in need of feeding.

Visitors are then offered milk bottles to feed the cubs, but for a price.

All animal abuses have a price in the zoo.

Some suspect that the baby tigers are deliberately starved so they’ll always cry for milk.

Our message is simple: please do not support these activities.
Captured wild animals and other animals that are used for direct human-animal interaction for entertainment purposes suffer enormous agony in such businesses.

You make yourself an accomplice if you support them

Following on from our very recent post about mass abuses at an English slaughterhouse:

We can now confirm that things are ramping up in an attempt to close this hell hole for animals down, permanently !

We have a number of events coming up and we need YOUR support! Following our undercover investigation of Hewitt slaughterhouse in Cheshire, Animal Justice Project is taking action against this violent company and the UK government in a series of online actions and demonstrations. Will you join us?

During our 200-hour undercover investigation, our cameras caught despicable acts of animal cruelty. Panic-stricken sheep were dragged to the kill room by their horns, where ineffective stunning rendered them conscious as they were slaughtered. A pair of gentle bulls were jabbed over 200 times with a pointed stick and an electric prod, by the slaughterhouse manager himself. Our cameras watched on as a conscious, tiny piglet was hurled into the scalding tank, where they were left to drown.

These illegal acts of violence were commonplace and were carried out right in front of the slaughterhouse’s own CCTV and in the presence of a Food Standards Agency-appointed Official Veterinarian. It is clear that government initiatives are failing to deter illegalities, allowing companies such as Hewitt to flout UK law.

On Friday 30th July, Animal Justice Project are heading to Hewitt slaughterhouse to demand that they are urgently closed down. Placards and banners will be provided to activists, who are invited to join us from 11am-1pm.

Following our demonstration, we will move to Chester city centre to spread the word about this bloodbath of a slaughterhouse and urge locals to take action. This will be an outreach-style event, with leafletting and placards. Activists can join us at 2pm-4pm, even if they cannot make the earlier event at the slaughterhouse

If you can’t make it to our demonstration, you can still join our online events! Taking action for animals is just a click away!

On Thursday 22nd July from 4pm-6pm, our team will be demanding an end to the public funding of slaughterhouses and calling for an immediate, independent review of The Welfare of Animals at the Time of Killing (England) Regulations 2015. We will be tweeting our demands to Boris Johnson, who must be held accountable for the government’s failure to ‘protect’ animals from illegal acts of cruelty inside UK slaughterhouses.

You can use our pre-written tweets, which will be sent next Thursday morning via email. You can also join our Facebook event here, so that you receive a notification when the event is starting. Our online actions help us to share our undercover footage with the public, who have the option to help or harm animals with their daily choices. Online outreach is so quick and simple, so please do join us next Thursday.

Have you sent our letter yet? Our pre-written letter to the Environmental Secretary, George Eustice, makes the following demands:

Our latest investigation has been months in the making and we can’t wait to take action with our dedicated supporters. It is vital that we seek justice for the innocent animals dying everyday inside Hewitt slaughterhouse. Please keep an eye out for further updates on our latest campaign, Scammed! A System Built to Fail Animals.

Just to give you an update; I have now sent my letter re abuses at Hewitt slaughterhouses  to both the government Minister responsible for welfare, and also to the Food Standards Agency (FSA).

Here is the link with a copy of the letter:

When I hear back I will be publishing the responses onto this site.

Things are now ramping up re actions at the slaughterhouse with regards protests.  I will publish info in a separate post.