A young gray whale swims off the coast of Italy – the animals actually live in the Pacific. Has global warming opened a way across the Arctic and Atlantic?

A gray whale has been sighted on the coast of Italy and is causing all sorts of speculations about its origin.
Because the giant animals actually live on the other side of the globe on the coasts of the East and West Pacific.
The one-year-old gray whale, christened “Wally” by the Italian press, was sighted in the Gulf of Naples near Sorrento, near the island of Ponza and in front of the US naval base of Gaeta, and was last swimming around near Fiumicino near Rome, like the coast guard reported on Thursday.

The appearance of a gray whale in the Mediterranean Sea is extremely rare.
Several experts suspect that the melting of the polar ice caps in the Arctic will open up new routes into the Atlantic for gray whales.
In fact, the marine mammals in this ocean were thought to be extinct.
“Gray whales are coastal whales and sometimes invade large lagoons,” write whale conservationists from the Marevivo organization.
So they could also explore the way to the Mediterranean. The animal is “probably malnourished because our ecosystem does not offer enough resources. But it’s strong enough to look for food. “

The Mexican whale expert Jorge Urban, interviewed by the Italian newspaper »La Repubblica«, speculates that gray whales, arriving in the Atlantic, can enter different waters: »North America, Iceland, Spain and finally the Mediterranean, a great lagoon for them« so Urban. 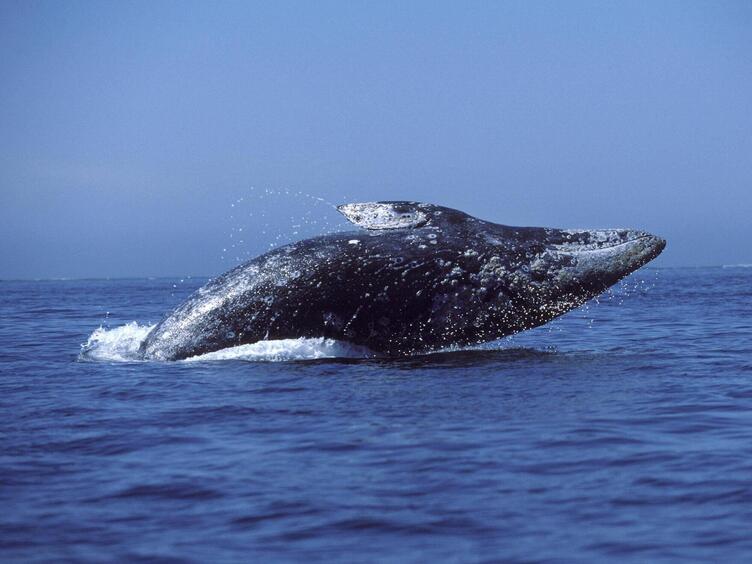 Gray whales can weigh up to 35 tons. Here is a copy off the coast of Mexico.

Other experts suggested that because of its young age, the animal might even have been born in the Atlantic.

This would raise new research questions on the return of the animals to regions where the species became extinct some time ago.
Because of the climate crisis, gray whale experts are concerned about the way the gray whales live in the Pacific: In the Arctic, the sea ice is dwindling and with it the food supply.
The animals therefore have to swim further and further north in search of food.

And I mean…In fact, this marine mammal species has long been extinct in the Atlantic and Mediterranean.
To date, only the East Pacific gray whale populations have recovered. The West Pacific gray whales are more threatened than ever by oil and gas drilling.

There is much speculation as to where “Wally” came from: It is unlikely that the animal swam all the way. That’s what the experts say. The whale is still too young for that.
It is more likely that the young whale was born in the Mediterranean Sea.

That would be a real sensation. Because that would mean that there are even more gray whales in the Mediterranean.

No matter where the guest Wally “comes from, we wish you all the best and a long, carefree life