THE MAJOR travel company, Expedia has announced it will no longer sell holidays that include tickets to controversial whale and dolphin shows.
The Prime Minister’s wife Carrie Johnson has been a leading voice in the campaign against the shows.

Captive whale and dolphin shows have been popular tourist draws in the past but they have attracted criticism in recent years due to allegations of cruelty.
Expedia said it would no longer sell tickets to the controversial shows.

In a statement the Expedia Group said: “We recently adjusted our animal welfare policy.

“As a result, attractions and activities that involve performances by or interactions with dolphins and other cetaceans will no longer be available on our sites.”

A spokesperson told the Mail on Sunday that Expedia would still sell tickets but only on one condition.
“Seaside sanctuaries that provide captive animals with a permanent seaside living environment are allowed if they are accredited and do not feature interactions or performances,” they said.

The sanctuaries will have to be accredited and not involve any performances or interactions with staff.

Carrie Johnson, animal rights campaigner and the Prime Minister’s wife, has spoken out against the tourism practice.

“PETA urges people to take note and do their part by refusing to support such animal- exploiting operations.”

PETA and other animal campaign groups have alleged that animals die prematurely from the stress of performing.

SeaWorld which owns aquatic parks in Florida and San Diego has struggled to shake off criticism in recent years.

The 2013 documentary Blackfish looked at the lives of killer whales in captivity and the tragic death of animal trainer Dawn Brancheau. 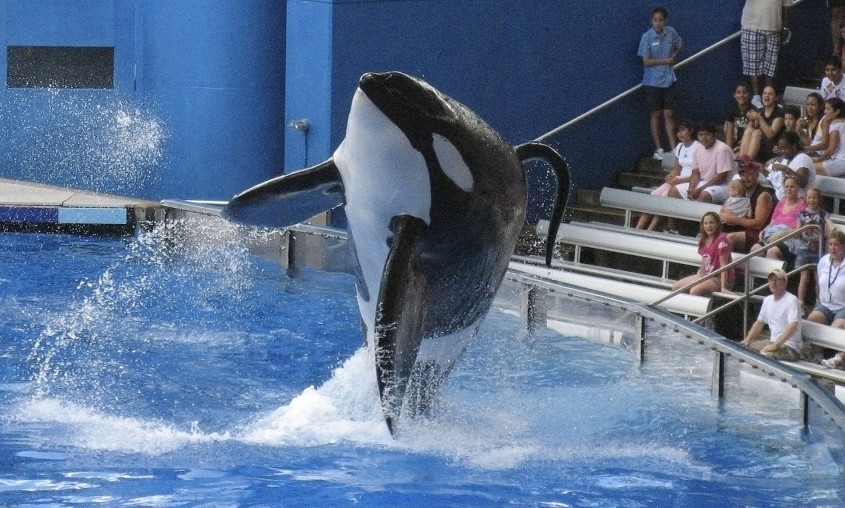 Tilikum in a show

Brancheau was killed when the whale she was performing with dragged her underwater, causing traumatic injuries.

The whale, known as Tilikum, had been associated with two other deaths. Animal rights groups said the animal’s stress contributed to the accident.

Wildlife charity, World Animal Protection, said: “Travel companies play a huge role in driving captive dolphin entertainment and as one of the largest travel companies in the world we are delighted that Expedia Group are making a stand.

The park claimed: “No company does more to protect marine mammals and advance cetacean research, rescue and conservation than SeaWorld.”

“I’ve been supporting Move The World UK for the last few years and I’m thrilled to see the Expedia Group will stop selling and promoting dolphin venues in response to our campaigning. Dolphins belong in the sea, not in captivity #NotEntertainers.”

Other tourists did not support the move.
Tweeter, whalesandisaac, tweeted: “So tired of people saying that dolphin shows are torture for the animals when scientific studies show that presentations, training sessions and relationship sessions with trainers are what show the most incidence of positive behavioural traits.”

The firm said the move would take a little while to come into place and they expect to complete the process in 2022.

And I mean…Expedia doesn’t just prohibit captive dolphin shows.
The travel company has previously barred packages that include other animal activities as well.

This includes not selling activities to venues that host wild animals like exotic pet cafes and traveling zoos, attractions where animals are bred for commercial purposes, visits to venues where products sourced from wild animals are sold, and experiences where wild animals are required to perform in a demeaning or unnatural way for entertainment purposes.

“Many no longer consider whale and dolphin shows and ‘swim withs’ to be appropriate and most would rather enjoy these magnificent creatures in their natural environment,” Richard Branson, founder of the Virgin Group that heads Virgin Holidays, wrote in a post at the time.

Expedia has now followed Virgin Holidays who, back in 2019, introduced a rule that prohibited them from selling experiences or holiday packages to customers if they involved live dolphin performances.

According to PETA, dozens of companies, including Tripadvisor and Southwest Airlines, have also stopped selling tickets to SeaWorld and other marine mammal parks. 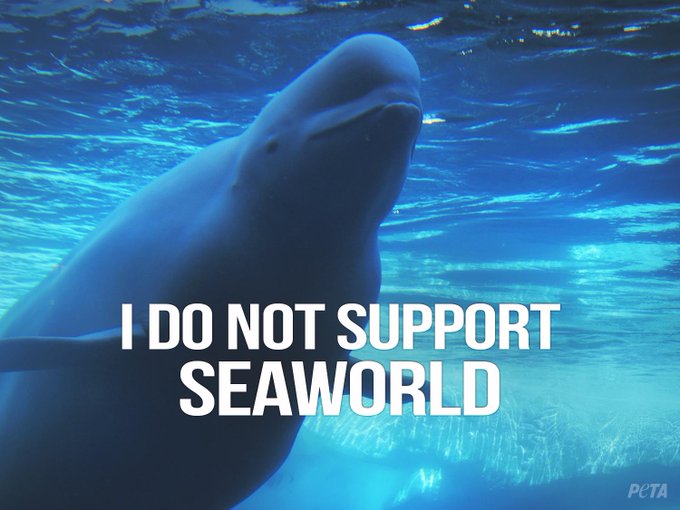 “Other companies—such as Mastercard and Savings.com—ended ‘swim with dolphins’ promotions long ago after learning about the cruelty inherent in keeping sensitive, intelligent cetaceans captive,” the organization states.

It is the surest way to end cruelty to animals – if the big ones don’t go along with it.

What is not offered from above is not asked from below, Basta!