Indonesia Sulawesi:  Part of the sick ritual of the funeral ceremony is the killing of water buffaloes. 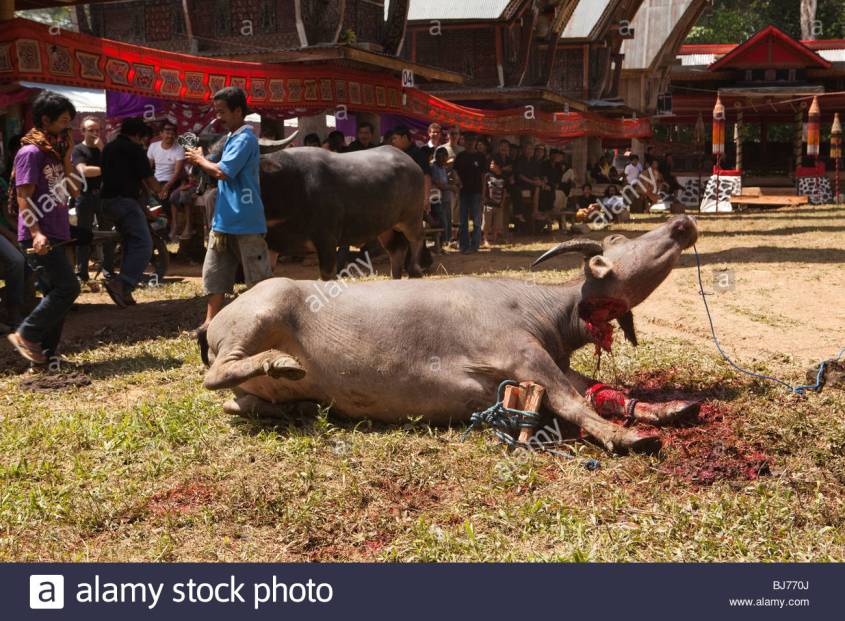 The higher the reputation of the dead, the more water buffalo (the white are considered the most valuable) must be sacrificed at the festival. The water buffalo are a symbol of power and wealth.

Funerals are traditionally held at a special ceremony place the “Rante”. 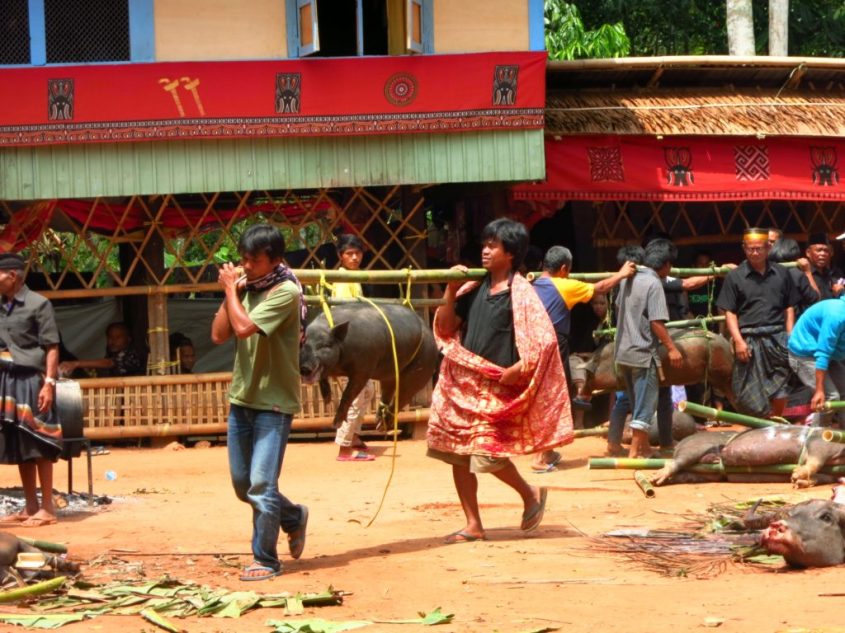 The stronger the person who died, the more buffaloes are killed on the day of death. Buffalo carcasses, including their heads, are usually strung on a field, waiting for their owner, who is in “sleep phase”. 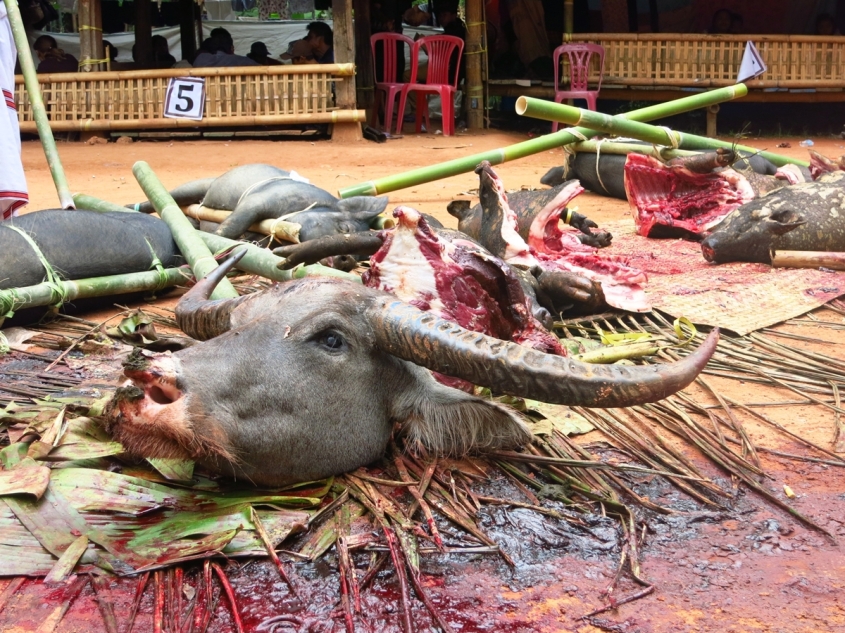 Torajans believe that the deceased will need the buffalo to make the journey, and that they will arrive faster in the sky / paradise if they have many buffaloes. The murder of dozens of water buffaloes and hundreds of pigs with a machete is the culmination of the elaborate death celebration with dance and music and young people catching spurting blood in long bamboo canes. 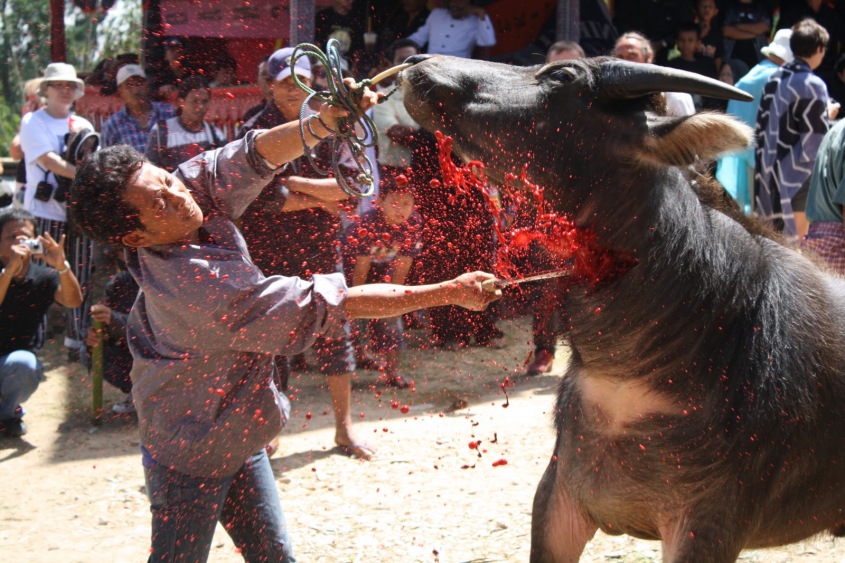 Buffalo and pig shit, blood and offal cover the floor.
The smell of burnt hair is in the air.

Some of the slaughtered animals are given by guests as “gifts”, which are carefully recorded as they are considered debts of the family of the deceased.

At the funeral today is often a Christian priest as well as an Aluk priest (To-Minaa) present.

The higher the reputation of the deceased, the more buffalo and pigs must be sacrificed at his funeral ceremony.

And then there are the tourists who film the poor animals in their suffering..

For every religion, the animal is one thing; only exploitation, breeding, hunting and eating object, and man is the mortal enemy of the animal, his devil. For every religion, the beast is created by God to serve man, to be useful to him.
Today, and everywhere in the world, we are murderous and pitiless with the animals; all that remains is to hope for a growing rethinking of rationality and empathy for our fellow creatures, especially because there is no rational reason for such criminal rituals.