Swedish campaigner Greta Thunberg has made a passionate speech to world leaders at the UN, accusing them of failing to act on climate change.

“You have stolen my dreams and my childhood with your empty words,” she told a UN climate summit in New York.

He earlier said countries could only speak at the summit if they came with action plans to cut carbon emissions.

US President Donald Trump, a climate change sceptic, had not been expected at the meeting – but he was briefly spotted in the audience.

Brazil and Saudi Arabia are among the countries staying away.

What did Greta Thunberg say?

In an emotional speech, she said: “This is all wrong. I shouldn’t be up here. I should be back in school on the other side of the ocean, yet you all come to us young people for hope. How dare you?

“You have stolen my dreams and my childhood with your empty words,” the 16-year-old said.

And she urged world leaders to act urgently, saying: “We will be watching you.”

What did world leaders say?

Mr Guterres, who organised the meeting, said the world was “in a deep climate hole” and that urgent action was needed.

“Time is running out, but it’s not too late,” he said.

New Zealand’s Prime Minister Jacinda Ardern said things “are starting to turn around” in the country.

“Our gross emissions peaked in 2006, over 80% of our electricity already comes from renewable hydro and wind, and we have begun an ambitious agenda.

“We have introduced in parliament the zero carbon bill, the purpose of which is to ensure New Zealand lives within the threshold of 1.5C of global warming necessary to avoid catastrophic weather events for our Pacific neighbours.”

Ahead of the meeting, scientists warned the signs and impacts of global warming were speeding up.

The World Meteorological Organization (WMO) said the amount of carbon dioxide going into the atmosphere between 2015 and 2019 had grown by 20% compared with the previous five years.

“We should listen to the loud cry coming from the schoolchildren,” said Professor Brian Hoskins, chair of the Grantham Institute, Imperial College London, and professor of meteorology at the University of Reading.

“There is an emergency – one for action in both rapidly reducing our greenhouse gas emissions towards zero and adapting to the inevitable changes in climate,” he said.

As the dangers of climate heating become ever more apparent, so does the absence of collective will to tackle the issue.

In 2015 in Paris, all the world’s leaders sounded their determination to curb the emissions that were heating the climate.

The summit will see a host of initiatives from businesses and small- and medium-sized nations.

But President Trump is encouraging fossil fuel use in every way he can.

And China – in spite of its trend-setting commitment to solar and wind power – is still building new coal-fired power stations.

Even the UK, a global leader in climate policy-making, is veering away from its own medium-term targets to cut emissions.

The government is still aiming to expand Heathrow airport and increase the road network in a way that will increase emissions in those sectors.

Politicians appear to believe climate change can be challenged with a version of economic business as usual. 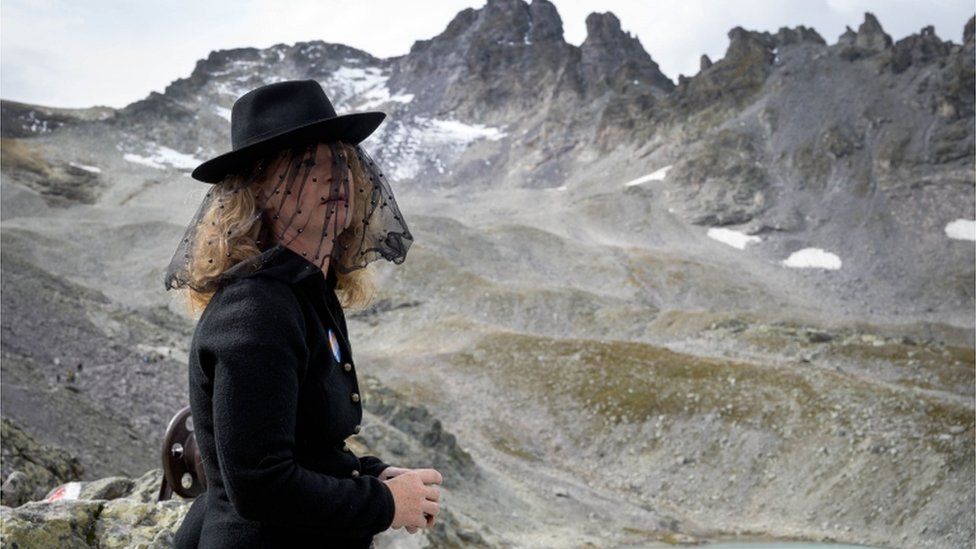 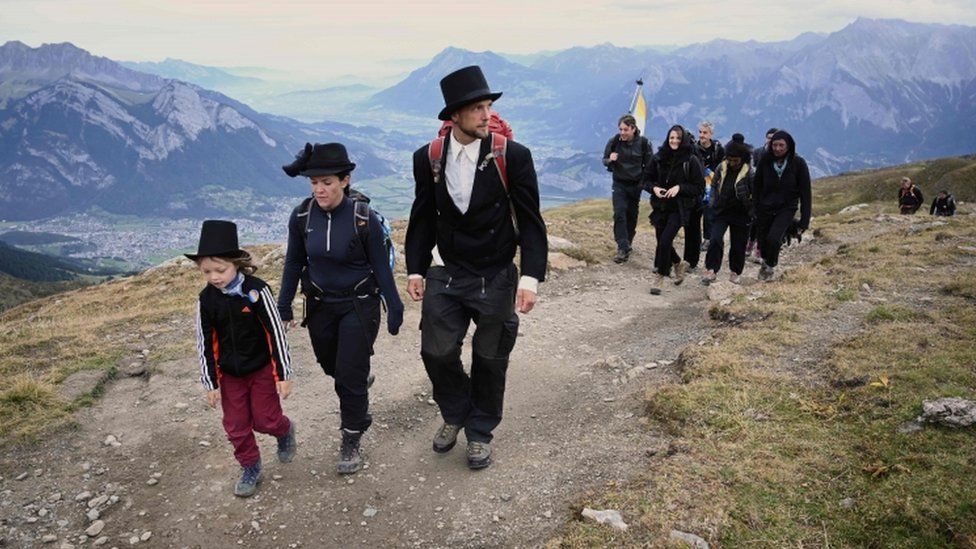 An unvegan diet is an extreme deficiency diet

Unlike Vegans, sufferers have to consume regularly animal corpse and gland secretions of cows to avoid severe deficiency symptoms.

Report from “Committee against the bird murder e.V”.

War against train birds in Lebanon: In the first days of the large committee bird protection camp in Lebanon, our teams have already observed hundreds of hunters who, without regard to and in violation of the hunting law, have attacked everything within reach of their guns.

Not far from the city of Danniyeh in the north of the “Cedar State”, a committee team witnessed a true migratory bird massacre: Hunters had set up electronic decoys with goat-song singing during the night and shot at the birds with the help of giant spotlights.

Hundreds of shots were fired without the police intervening. As dawn set in, we inspected the area and found dozens of dead birds – especially goat’s milkweed, scops owls and a short-toed eagle (see current photos).

One of the owls was still alive, but died shortly thereafter of their serious injuries. The committee and its partners SPNL have today called on the government to significantly expand its efforts against poaching to tackle this ecological catastrophe!

My comment: Every year tens of millions of migratory birds are killed.
In Lebanon, in Cyprus, in Malta … Exhausted from the journey that lies behind them, the birds there look for a shelter to rest. The murders exploit this moment and shoot the animals up close. The result: Every year environmental activists read about 25 million empty cartridge cases.

German companies earn money with weapons and ammunition beautiful with.

Machismo culture plays an important role in poaching: men proudly pose in photographs with their trophies taken. The bigger the better. Many upload the pictures on social networks.

These crimes continue to take place with the help of an offender-friendly system and of course of a society that claims to be “tolerant”, which is nothing but cowardice openly to condemning these crimes.

Bigotry begins when categories such as race, age, gender, sex, sexual orientation, or species are used to justify discrimination.

Speciesism—like sexism, racism, and other forms of discrimination—is an oppressive belief system in which those with power draw boundaries to justify using or excluding their fellow beings who are less powerful. A human supremacist line of “reasoning” is used to defend treating other living, feeling beings like research tools, fabric, toys, or even food ingredients—even though they share our capacity for pain, hunger, fear, thirst, love, joy, and loneliness and have as much interest in freedom and staying alive as humans do.

From childhood, most humans are conditioned to view certain species as worthy of care and compassion and others as less important or unworthy—based on arbitrary human preferences. This toxic view also leads humans to draw groundless distinctions between animal species based on the worth of those animals to them. Consider the following examples:

It’s speciesist to believe that the differences between humans and other animals are enough to warrant torturing and killing those we don’t relate to. It’s speciesist to think that we are superior and are therefore somehow justified in raping, caging, and mutilating animals who don’t look exactly like us. It’s speciesist to exploit others because we don’t understand them fully or at all, to assume that they’re not as intelligent as we are when we measure their intelligence in human terms, and to dismiss their suffering because it benefits us.

Whether we have feathers or fur, skin or scales, we’re all able to experience complex feelings such as love, sadness, pain, and joy and we all have a will to live—these things are not unique to humans. Consider these examples:

Help end speciesism by pledging to recognize that animals are not ours to use or abuse and that all living, feeling beings deserve to be treated with respect and compassion.

A Swiss glacier lost to global warming has been commemorated at a memorial service in the Alps.

Dozens of people took part in Sunday’s “funeral march” to mark the disappearance of the Pizol glacier.

The glacier, in the Glarus Alps of northeastern Switzerland, has shrunk to a tiny fraction of its original size.

Scientists say the glacier has lost at least 80% of its volume just since 2006, a trend accelerated by rising global temperatures.

As mourners gathered in the Swiss Alps, youth activists and world leaders are in New York to discuss climate change action at the UN. 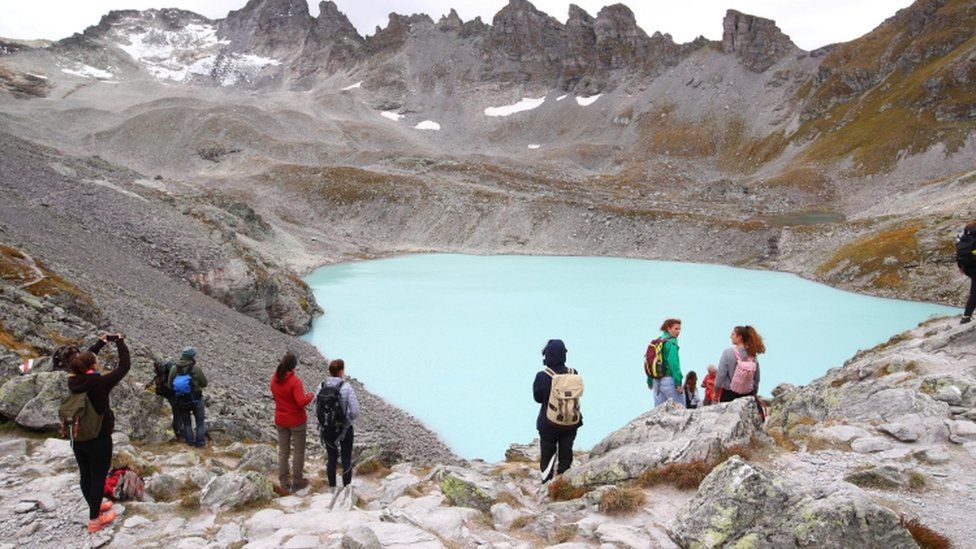 Yet despite what action humans take now, a study by Swiss researchers suggests that, by 2050, at least half of Switzerland’s glaciers could vanish.

The Pizol has diminished to such an extent, “from a scientific perspective it is no longer a glacier”, Alessandra Degiacomi, a Swiss climate campaigner, told AFP news agency.

Now reduced to just a few frozen lumps, the glacier was to be declared dead at the ceremony, the BBC’s Geneva correspondent, Imogen Foulkes, said.

Locals, hikers and environmental campaigners, some dressed in black clothes, trekked up the mountain to pay their respects to the glacier’s remnants, situated at an altitude of around 2,700m (8,850ft), near the Liechtenstein and Austrian borders.

At the ceremony, sombre speeches were to be delivered by a chaplain and scientists and a wreath was to be laid in remembrance of the glacier. 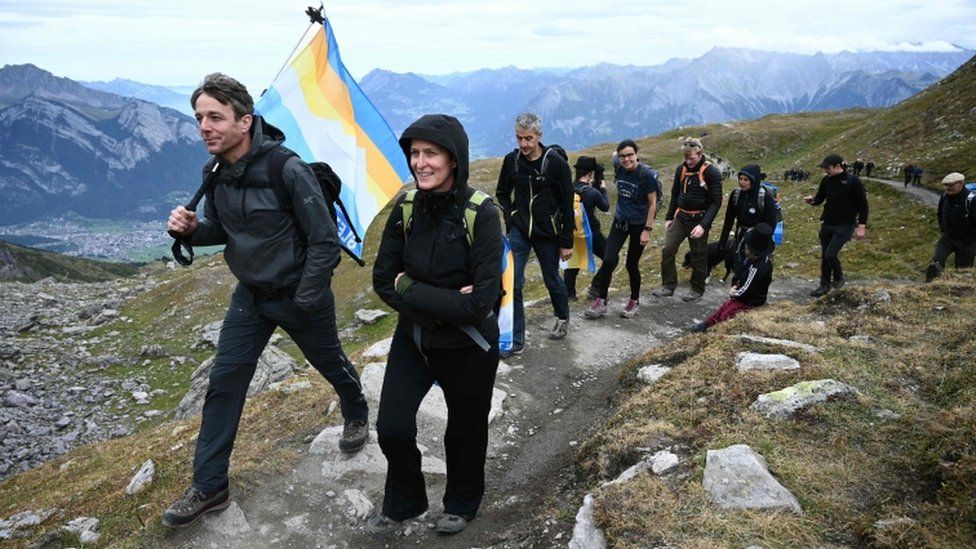 The event was organised by the Swiss Association for Climate Protection (SACP), an initiative calling for carbon dioxide emissions in Switzerland to be reduced to zero by 2050.

A similar ceremony was held in Iceland last month to commemorate Okjokull, a 700-year-old glacier declared dead in 2014.