A few days ago, the following report appeared on the website of the Animals Angels Organization, Germany, known for its excellent work against animal transports.

This was announced by Agriculture Minister Barbara Otte-Kinast (Christian Democratic Union, CDU) on Friday. The Minister acknowledges that the animals on these routes are not adequately cared for.

Our stakes on the route to Uzbekistan in February contributed to this decision.
Three Animals’ Angels teams followed 66 pregnant cows from Germany over 6,000 kilometers to their destination for nine days. Locally, it became clear to us: The animals can not be so supplied – and get rest breaks – as required by EU law. In addition came extreme weather. Freezing cold and frozen potions, snowdrifts and slippery roads. Animal transports on certain routes will no longer be approved in the future.

“I have current information on the official side, that certain unloading and supply stations in the Russian Federation do not exist or only in insufficient condition,” said the Minister of Agriculture. “Therefore, I have arranged that the processing of cattle transports on the main route Kazakhstan-Uzbekistan-Southeast Russia will be stopped.”

Last year, about 3,600 cattle were transported from Lower Saxony to Uzbekistan and around 630 cattle to Kazakhstan.

In total, living animals worth just under € 42 million were transported to countries outside the EU in 2018. There was criticism, as the routes are often extremely long and can be difficult to check how well the animals are supplied with water and food on the way. 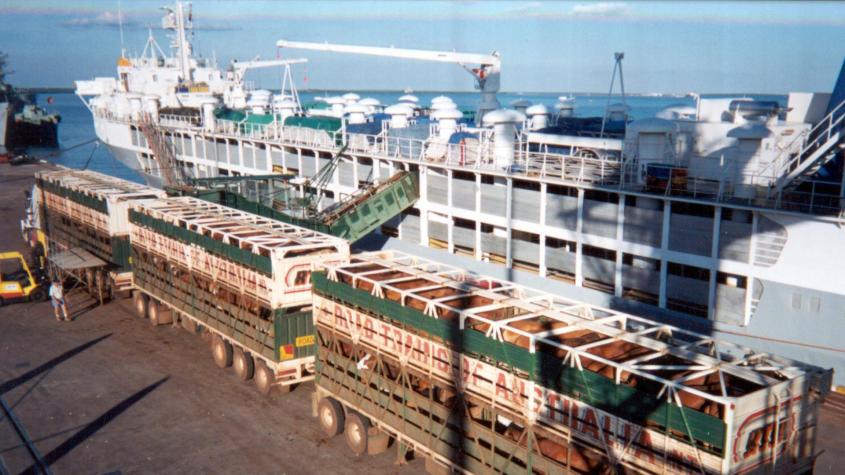 Animals Angels: “We welcome the Minister’s decision and hope that it sets an example nationwide and beyond, and we ask all authorities involved to take the next steps now”.

The turnaround of the minister surprised!

Nevertheless: Otte-Kinast had still refused a ban of these transports.
The minister said at the time: “We simply do not have the legal basis to ban animal transports to third countries” !!

My comment: every step in the direction of “no animal suffering, no animal transports” makes us all happy and of course we also welcome such decisions.

We have demand the same ban from the EU Commission against animal transports from EU countries to the Arab countries. Without success, only with many victims.

Therefore, some questions arise openly: why did the Minister of Lower Saxony banned animal transports to Russia so quickly?
And six months ago, when it came to transports to North Africa, she rejected this prohibition on the grounds that it lacked the legal basis for this?
Under what reason is this basis now existing?

I have a guess: because the whole German policy is currently directed against Russia.
Forced by Trump’s anti-Russian strategy.

The move is good, but if this is only politically motivated, it will stay there and the animal transports in the “other” third countries will continue as they did before.

All leather comes from living animals, who have a heart – so why not in the buyers fancy, expensive, designer bags ? – why don’t they like the reality ?

Your leather bag had a heart 💔 If you still buy leather, you NEED to see this. #LFW #LondonFashionWeek pic.twitter.com/osoBe6aViu

WAV Comment – ‘those times they are a changing’ – through actions such as this people finally wake up to animal welfare abuses and the destruction of the environment.

This is what I love about us Brits – usually polite, good mannered, do the right things, usually obey the law, royalty etc – but when they know something is wrong, they get out there to try and put it right ! – Mark. 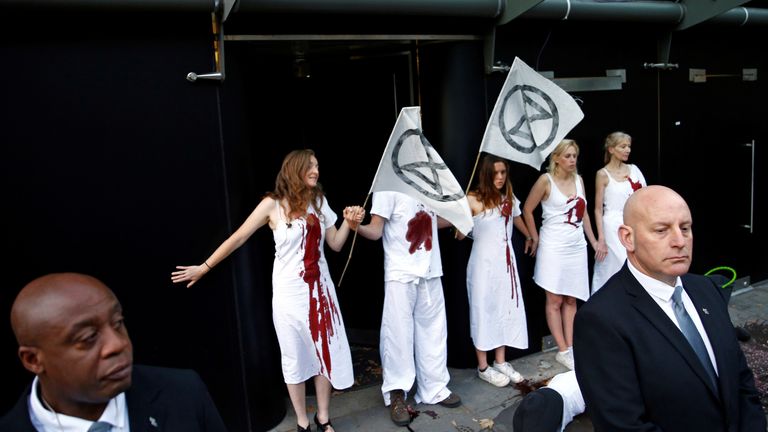 A group of environmental activists have glued themselves to the entrance of London Fashion Week’s official opening as part of a protest urging action against climate change. 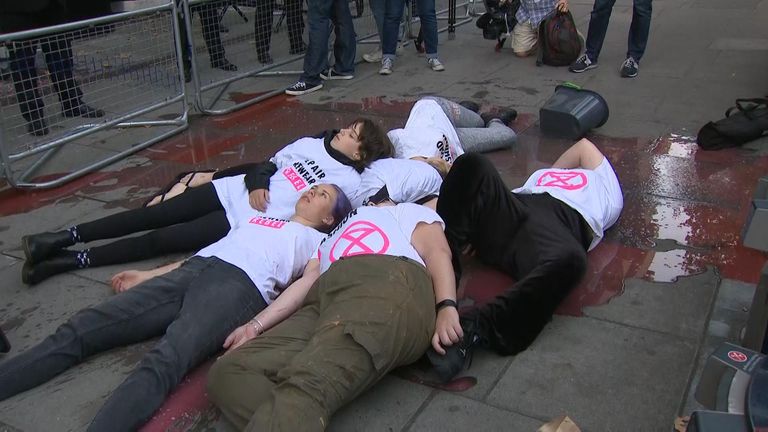 Five members of the Extinction Rebellion group, which brought major streets to a standstill in five UK cities earlier this summer, were photographed outside 180 Strand standing hand-in-hand in white outfits splattered with fake blood.

Video from the scene shows another group of activists lying on the ground in pools of fake blood while one campaigner read a poem about the environmental threats posed by the fashion industry. 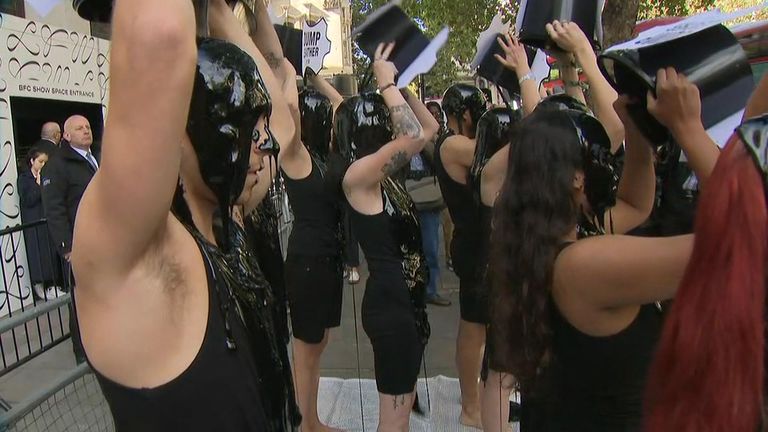 “The fashion industry is killing our planet,” the activist began. “Every year, every month, every week, you abuse this Earth. You produce clothes for profit and pleasure, not for need.

“You choose profit over planet, profit over people, profit over our future. The fashion industry tugs at our heartstrings, it begs us to come into shops, feel its fabrics, don beautiful dresses, trendy tops, season’s hottest handbags.”

The speaker continued: “You entice us with shiny shimmering things, shallow empty promises and I almost fall into your trap, but then I ask ‘Who made this, and where?’ But you don’t tell us the truth.

“We see your ads, beautiful bodies that make us feel that if I buy that dress, my body might look that beautiful too. But there is nothing beautiful about clothes whose making is destroying our planet.”

In a statement on Extinction Rebellion’s website, the group describes its actions as “having highlighted the blood on the hands of the industry due to its environmental record and that ‘business as usual’ will lead life on earth towards extinction”.

In July, Extinction Rebellion sent a letter to the British Fashion Council (BFC) urging them to cancel London Fashion Week and in favour of a summit to address the climate crisis attended by industry professionals.

The group claims the fashion industry is one of the “most polluting industries in the world”, pointing to the carbon footprint of international flights and shipping.

Extinction Rebellion plans to hold several protests during Fashion Week, some of which will take place outside main shows.

Their actions will culminate on Tuesday with a “funeral procession” beginning in Trafalgar Square to “reflect on the lives already lost and that will be lost as a result of climate and ecological breakdown”.

WAV Comment – this is a massive win, with huge numbers of EU citizens speaking out against the current systems.  The question is – will the EU listen to its own citizens, or will it continue to bow to the meat mafia lobby ? – this is a deciding point for the EU and its Commissioners to now show their true hand.  Citizens or lobbyists ! – a failure by the EU to take note of what EU citizens have requested will be catastrophic for them in the future – they must act now.

EU: Over 1.5 million people want to see the end of cages for farmed animals.

The End the Cage Age European Citizens’ Initiative (ECI) has closed with over 1.5 million signatures asking the EU to put an end to the confinement of farmed animals.

With the largest European petition ever for farm animal welfare ending at 23:59 last night, today is one of the most significant days for farm animals that the world has ever seen. At the time of writing, more than 1,500,000 people have signed, with the final total still being counted as paper petitions continue to pour in from the public.

Over 300 million pigs, hens, rabbits, ducks, quails and calves across the EU are still reared in cage systems that are designed to cram in the highest number of animals possible for the sake of maximising production. But such systems deny sentient creatures the most basic of freedoms, such as the space to move; and science and even practice have shown that cages are outdated and obsolete. 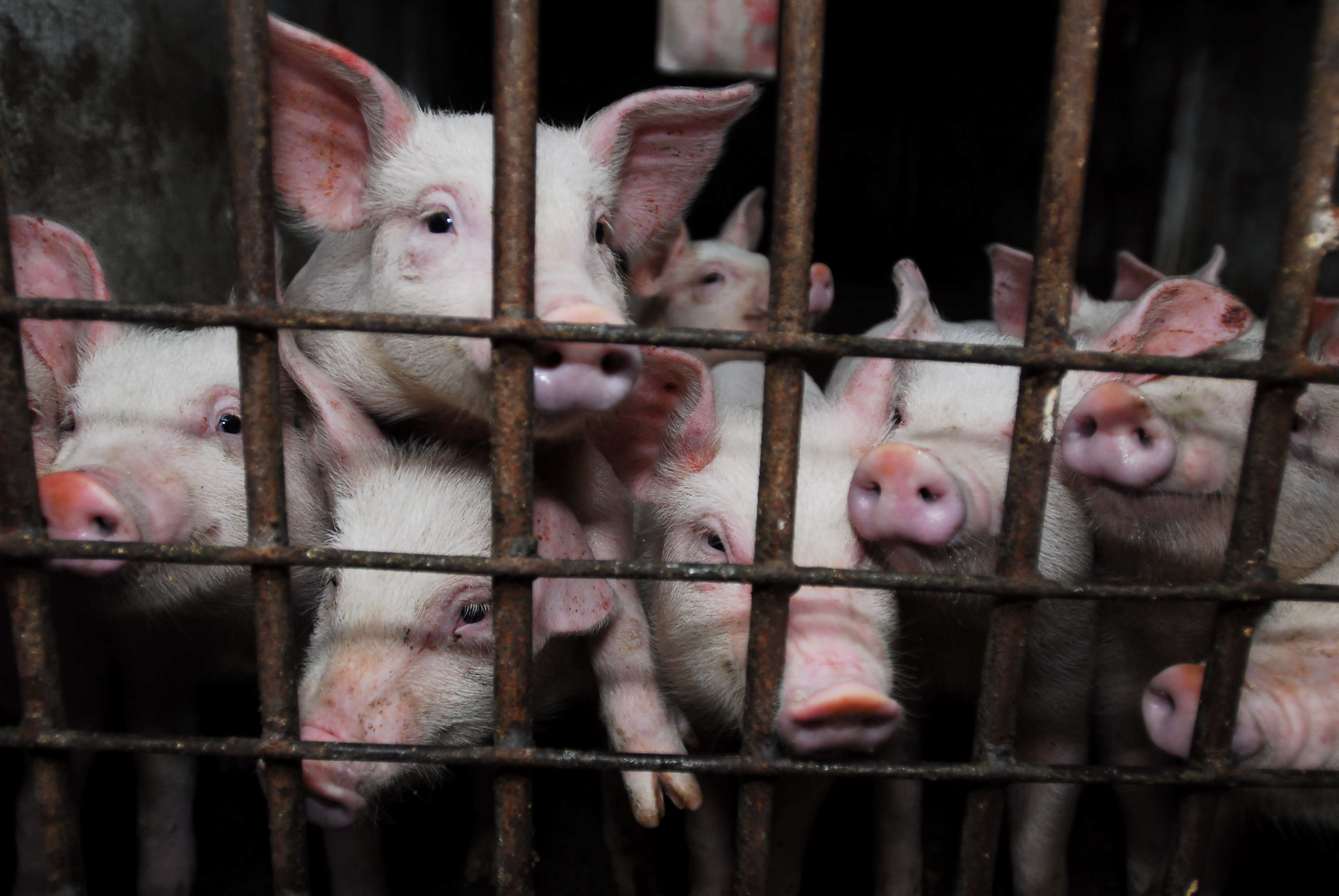 The End The Cage Age European Citizens’ Initiative was launched in September 2018 by Compassion in World Farming in partnership with Eurogroup for Animals and over 170 other animal welfare and environmental organisations across the EU – the largest ever coalition in the name of farm animal welfare.

To hit the 1 million signature target – the official number needed for a successful ECI – the campaign held events throughout the EU, collaborated with influential MEPs and celebrities, launched undercover investigations into the caged farming of calves, rabbits and sows and unveiled a new digital campaigning platform that allowed the public to build their own signature collection pages. These actions and activities helped to unite a continent against cruel cages.

“Of all the terrible ways we control animals, the cage is one of the most primitive and barbaric,” says Reineke Hameleers, Director at Eurogroup for Animals. “With this tremendous backing, the key decision makers EU Commission and Council have to understand just how important this matter is to EU citizens, and start the ball rolling towards this seismic shift in our food and farming systems.” 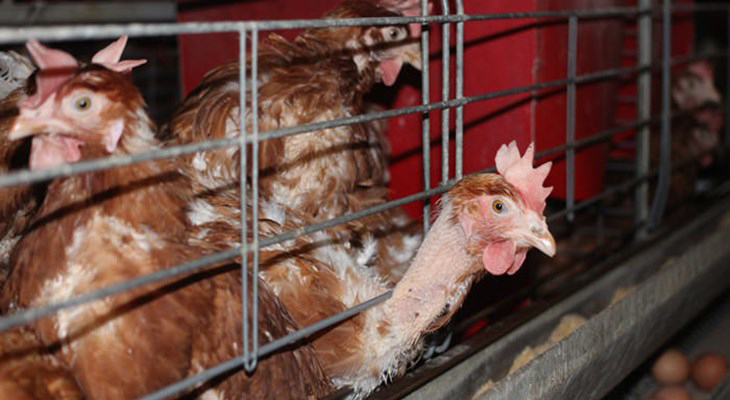 Few ECIs ever reach the required one million signatures, so today’s count represents a monumental step on the path towards sparing animals the enormous suffering they experience now in barren, overcrowded cages, and even towards ending factory farming. Within three months of receiving the signatures today, EU Commission representatives must meet the organisers, adopt a formal response spelling out what action it will propose in response to the citizens’ initiative, if any, and the reasons for doing so – or not doing so.

Because this is an official EU initiative, each signature goes through a verification process – which can make or break the ECI. A total count of signatures may include up to 20% of invalid data, such as duplicates, incorrect ID numbers or dates of birth, the wrong resident status or even illegible handwriting, so a buffer of at least 300,000 signatures was needed.

With more than 1.5 million signatures so far, End the Cage Age’s success should be more than enough to persuade the European Commission to start the legislative procedure to end the use of cages for farm animals across the continent.

“Today we have crossed the finish line in the biggest political push in farm animal welfare history. But the fight to get animals out of cages isn’t over yet,” says Reineke Hameleers. “Now it’s time for the Commission to make the changes that the citizens demand and bring us closer to the day when cages are relegated to the history books.”