Animals’ Angels controls an animal transport with horses on the route from Spain via France to Italy. It is raining heavily. When stopping at a French toll station we look in tired children’s faces: 31 foals are on the truck and two adult horses. The animals are crowded, many with drenched, matted fur. 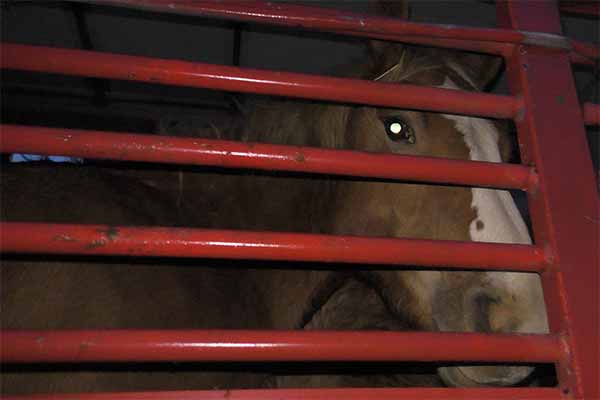 The transport violates the regulations for animal transport on several occasions: Among other things, the vehicle is completely overloaded, the animals are not housed as prescribed in individual stands and there is no automatic drinking system. That’s why we call the police in Italy. Unfortunately, neither the police officers nor the official veterinarian consulted are trained in the inspection of animal transports, so that the control lasts several hours. 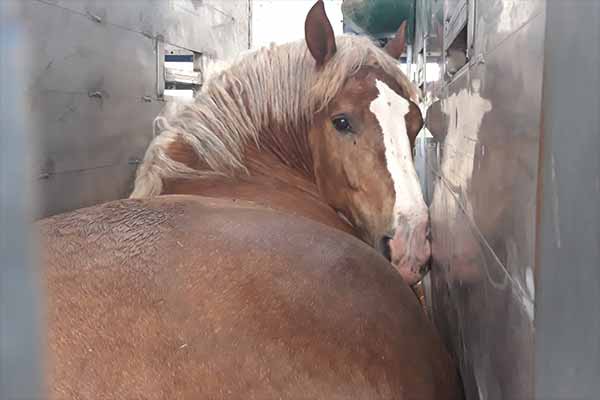 In the meantime the horses are completely exhausted. Despite noise, people, cars, flashlights and photo flashes, some are sleeping. Many seem apathetic with drooping heads, they barely react to what is happening around them. We hope that none of the animals lie down, because in the tightness it would be almost impossible for them to get up again. 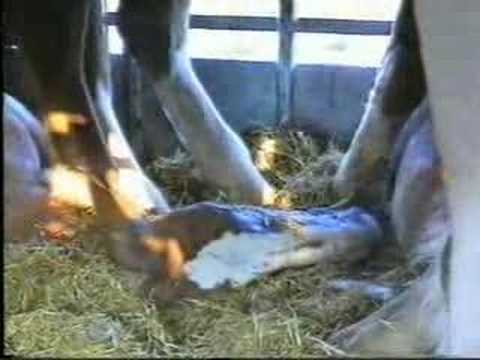 The police finally imposed a fine of EUR 2,000 on the carrier and he was allowed to continue to the destination near Venice. Esteban and the 32 other horses have about six hours to go before they can finally rest.

This case again shows the incompetence or indifference of many Spanish veterinarians. The transport in Spain should never have been approved in this way.

We are angry and disappointed.

Together with the Spanish organization Anda, we continue to work to ensure that the veterinary offices no longer handle illegal transports.

My comment: Horsemeat is cheap and is considered particularly lean and digestible– that’s why unscrupulous traders spend it as more expensive beef.

Over 214,000 horses are killed every year in Europe, according to official Eurostat data. 100,000 of them were transported across the continent for many hours or even days under the worst possible conditions – only to be unloaded and killed in a slaughterhouse.

The front runners are the countries of Poland and Romania. There are killed around 20,000 animals a year for nutritional purposes and around 10,000 are spent abroad for slaughter.

What will happen to Spain because the veterinarians of an EU country have deliberately violated animal welfare standards?
Nothing!
With 2000 Euro every criminal gets away.
What use are the EU laws when corrupt officials decide on the fate of the animals in this continent because they know that they have nothing to fear?

On July 2019 it was the ILLEGAL transport of the ship Al Shuwaikh from Romania (Midia) with 70,000 sheep to Kuwait. At this case, a cheeky ministry of agriculture even disregarded the personal mail of Commissioner Andriukaitis; The animals have been shipped there for three weeks, Romania has not received any sanctions to this day!

We always come across this fact: the EU either has no power or no interest in getting the animal transport under control.
Both are a very good reason to abolish the EU.

“I don`t want to cause pain to another living, empathic creature.
It is absurd and barbaric”!

Star of the Hollywood smash ‘Joker’, actor and activist Joaquin Phoenix explains why he first went vegan and continues to fight for animal rights every day.

He recently joined activists during the Be Fair Be Vegan campaign in Toronto.

Be Fair Be Vegan:  “we are a cutting-edge social justice advertising campaign, bringing attention to the plight of non-human animals exploited for human gains. Featuring moving billboards supported by a range of other advertising media, our ads aim to introduce viewers to the faces and feelings of the animals we use for food, clothing, research and entertainment.

Our provocative slideshows have been displayed in some of the highest-profile billboard locations in the world (including Times Square and the Javits Center in New York City), inviting passers-by to consider the circumstances of the victims of the animal industry, while seeing them for who they are: sentient beings who value their lives”.

My comment: One waits for the subway and MUST look at the cruel images of reality.

He must. This reality can no longer be left behind the scenes.
All who participate in this cruel daily crime deserve no peace.
The pictures are not cruel, the reality is cruel.
If such pictures are hard to bear for some, that is hypocrisy.

Because those who do not want to see the pictures are the ones who cause the creation of these pictures, this torture.
If someone sees this as a disorder, then he should imagine how the animals perceive their torture.

Excellent campaign and even better the implementation!
We wish more of this direct confrontation.