Vegnews. Click on the following link to read in your browser: 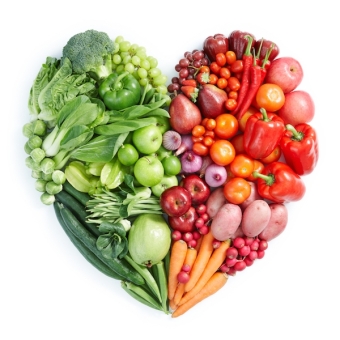 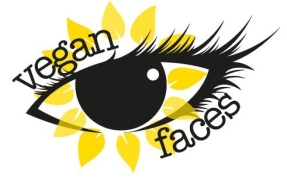 Member States should protect their wolves, says the European Court of Justice 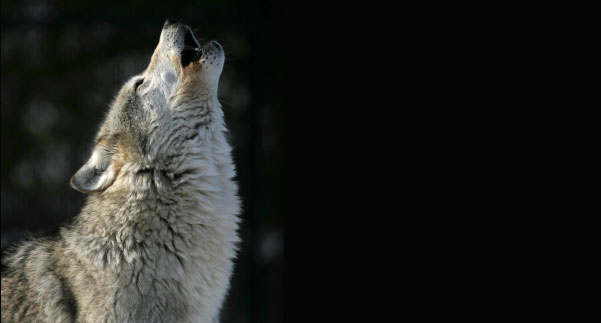 The Court of Justice of the European Union has confirmed the strict protection of the wolf in Europe, saying that hunting permits should be delivered only in exceptional cases, and as a very last resort after non-lethal measures have been adequately implemented and have failed.

This good news for the species came last week when the EU Court of Justice (EUJC) delivered its decision on the permits granted by the Finnish Wildlife Agency to kill wolves – a seriously endangered species in Finland, with only around 200 individuals left – to prevent poaching and harm to hunting dogs.

The decision stresses that the wolf is a strictly protected species, and that the provisions of the EU Habitats Directive must be interpreted in light of the precautionary principle in Article 191(2) TFEU. In other words, if there is any risk (due to a lack of scientific data) that a hunting permit will adversely affect the conservation of the wider wolf population, then it should not be granted.

“The EUCJ decision is great news for wolves, and provides clear guidance on how derogations according to the Habitats Directive should be delivered. Member States’ efforts should focus on preventing conflicts and ensuring coexistence with the wolf and other strictly protected species, instead of calling for hunting permits,” says Reineke Hameleers, Director of  Eurogroup for Animals. “We call on the European Commission to take into consideration these important EUCJ conclusions when updating the guidance document on the strict protection of Animal Species of Community Interest under the Habitats Directive.”

Faced with strong opposition, MHP, the main Ukrainian poultry meat company exporting to the EU, has withdrawn its application for a grant from the European Bank for Reconstruction and Development (EBRD).

Over the past five months, Eurogroup for Animals and its Member organisations have urged the European Union and its Member States to prevent the EBRD from granting another €100 million loan to MHP.

Our message was clear: the loan must respect the rules of the EBRD, which means that the grantee’s operations must follow animal welfare standards equivalent to those applied in the EU. This was not – and still has not – been proven for MHP.

The discussions at the EBRD were postponed several times after the European Commission, through Trade Commissioner Cecilia Malmström and Agriculture Commissioner Phil Hogan, expressed its opposition to the EBRD granting such a loan to MHP. The EBRD had even published a recognition of the numerous concerns voiced by stakeholders and indicated that they would carry out a proper assessment of whether their environmental and social criteria – including animal welfare – were respected.

The announcement by the Ukrainian company that it has finally withdrawn its request for a loan is a victory. Faced with strong opposition from not only the animal welfare movement, the environmental NGOs and the European poultry sector, but also from the EU institutions themselves in the context of difficult EU-Ukraine trade discussions, the company has opted for another way to finance its acquisition of a Slovenian poultry producer, avoiding thus more scrutiny.

Eurogroup for Animals welcomes that no additional European money will fund unsustainable agricultural practices carried out by the Ukrainian poultry giant. In addition, considering the steep increase in animal products imported by the EU from Ukraine, we call on the EU and its Member States to encourage Ukraine to fulfil its commitment to align with EU animal welfare rules faster.

Suspended by their legs while still conscious, tied up and with their necks cut halfway through: a new investigation by Animals International reveals the fate of French animals exported alive to Morocco and Lebanon.

Every year, France exports live animals to other EU and non-EU countries. When it comes to animals transported outside the EU territories, the majority of animals are destined for countries in which the slaughterhouses do not have the infrastructure and equipment required to comply with the standards established by the World Organisation for Animal Health (OIE) in regards to slaughter.

In 2018 alone France exported 83,914 sheep and cows, mainly to Algeria, Morocco, Tunisia, Lebanon and Israel. Hanging the animals by their paws, pushing fingers into their eyes, slashing their throats, binding them, slicing their tendons, and letting to struggle with their heads half cut off are common practices in slaughterhouses in North Africa and the Middle East, where Animals International has been investigating for 10 years.

Confronted with this evidence, Welfarm, Fondation Brigitte Bardot, L214, CIWF France, La Fondation Droit Animal, Ethique et Sciences and Animals International, together with Eurogroup for Animals, have sent a letter to the French Minister urging him to stop the export of live animals and to shift to a meat and carcasses trade.

During the night of October 31st to November 1st, 2019, poltergeists went to work. In reaction to the hunters who tortured and wounded the inhabitants of the forest, we bit back with the teeth of a saber saw. 8 hunting towers were targeted by the spell ACTIVISTA ANTISPECISTUM.

They were cut up, dismantled and then collapsed on the ground. Saturday’s hunting party will be severely compromised … 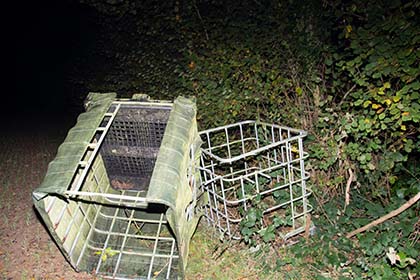 The revengeful spirits have also left a trace on their way (‘Their life, your profits, die’) on a neighboring farm ‘respectful of animal welfare’ to remind that respect does not stand for a haystack on the ground of a prison and as a promise of an imminent return. 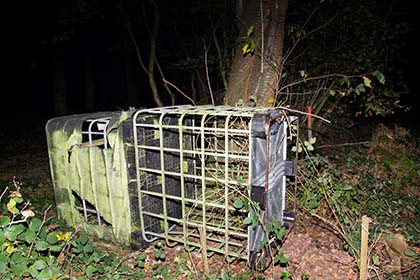 Happy Halloween to the forest people!! 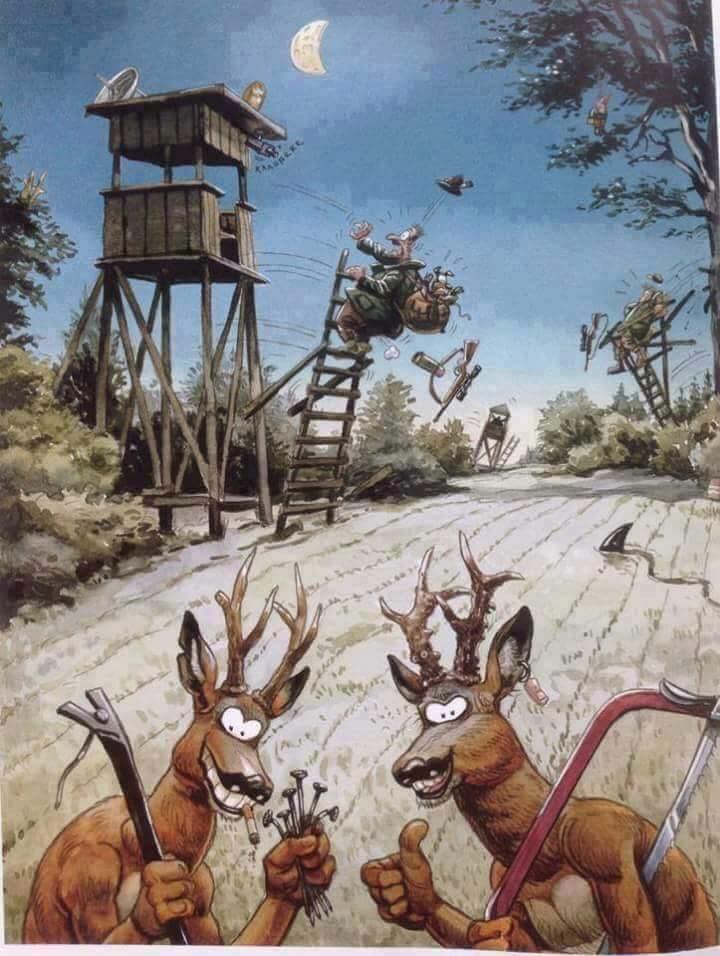 And I mean … every now and then we have to start the day with good news, because there is so little of it …