Every 6 seconds in Germany, a wild animal is killed by a hunter.

As a hobby and murder lust, hunters kill up to half a million foxes each year in the most cruel way – many of the animals are “only” shot or literally crushed and mutilated in traps.

Foxes serve the hunters as a living target; There is no reason for the massive hunting of the predators, neither from a biological point of view nor from a health point of view. Most politicians in Germany are themselves hunters and the closest lobby of these psychopaths who call themselves “hunters”.
For this reason, the senseless and brutal killing of wild animals continues massively. 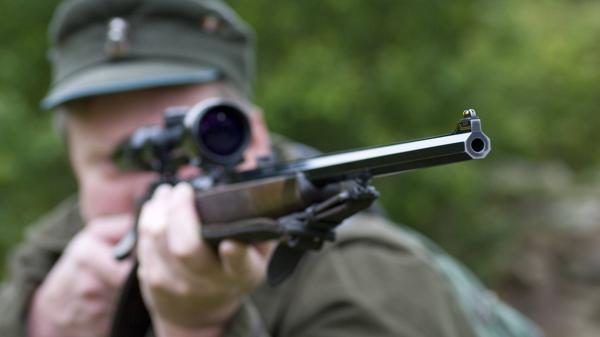 Of course, one does not speak in public of shooting fun or bloodlust, no! one hears about the protection of the small game, the fight against rabies, the fox tapeworm or the mange … Yes! hunters want us to be thankful for them, because they are ahead of us protect the unruly danger emanating from the deep, gloomy forest, because they – of course always for us – allegedly keep the overall ecological balance within limits!!

One thing must be clear: The contribution of hunting to the protection of species in Germany is negative: The stocks of pheasants, partridges, hares or lap-hens go back continuously, although year after year almost half a million foxes are killed. The upcoming winter hunt for the fox is accompanied by considerable animal cruelty.

Despite intensive adjustments, the number of foxes in Germany has remained largely constant for over 20 years. Due to the high harvest losses year after year, the reproduction also remains at a high level. In heavily hunted areas, females give birth to three to four times as many puppies as in non-hunted areas.

Where not hunted, the strong social fabric among the red foxes ensures a natural birth restriction. In the canton of Geneva, fox hunting has been prohibited for over 40 years and in Luxembourg since 2015 as well. In both countries, there is no evidence of an increase in fox population. So it is also in most German national parks, in which Fuchs & Co. are not hunted. 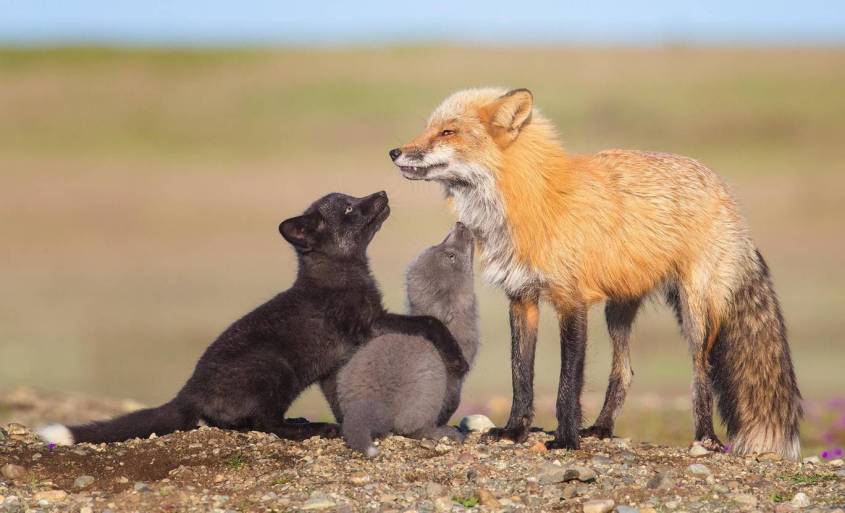 Winter is the mating season of foxes. During this time, they are careless and easier to spot for the hunter because of the snow cover in many areas. Therefore, during the full moon weeks in January and February, so-called “fox weeks” are proclaimed all over the country.
During a defined period as many hunters as possible should kill the fox. As a result, the psychopaths  enjoy each of several dozen dead foxes.

The hunting during the mating season of foxes is a criminal animal cruelty. In January and February, many vixen are already pregnant. If they do not die in a hail of bullets themselves, then are the fathers of their future puppies the victms. The fox boys, however, are needed as providers for the young family. If they fail, the survival probability of their kittens drops dramatically.

To train dogs to fox hunt, the hunters in Germany developed some criminal (and illegal) methods.
For example: the sealing system!

What is a sealing system?
Hidden from the public, of course, the hunter trains his dogs to track foxes in their burrows and either “blow them out”, ie to drive them to the hunter in front of the gun, or to “strangle” them in the construction.
The dogs  are trained on live foxes, which are caught for this purpose and caged in cages. The hunters thus violate the Animal Welfare Act §3, paragraph 7.

Young foxes are preferred. They are still relatively inexperienced, relatively easy to catch in life traps and are not such a big threat to the dogs when fighting.
The hunter does not care about them. The foxes are locked up and get some food thrown into the cage so they do not starve.

Normally, neighbors or walkers observe that the foxes weep miserably and try to escape to freedom and run back and forth in the cages. No construction, no hiding place or protection.
Nothing!!
Only the bare ground and the grid in the eye, which denies access to visible freedom.

The dogs should learn to be able to hunt through the corridors of the Burrow behind the foxes. For this purpose, an artificial structure with several aisles of concrete tubes or plates is built, which meet again and again in different places and converge. About slider, lid and grid, the hunter decides how far the fox can escape and whether the dog should reach him or not.
A fox is driven into the tube. The dog behind. In contrast to the real fox, the fox does not know about these courses. Besides, he does not know which courses are blocked and which are not.
Hastened by the dog, the fox tries to flee and logically flees in the direction the hunter forces him to by shutting off the corridors.

At first, the hunter usually takes care that the dog can not reach the fox. But that does not change the stress the fox is exposed to. In fear of death, he tries to escape. Not infrequently he suffers from a heart attack or shock.

But what does that matter? Then he is killed or the dog may kill him for “reward”.

In the further hunting dog training a direct confrontation between dog and fox is wanted, whereby the hunter looks after his dog.
If the dog has caught the fox safely, the hunter watches in amusement as the fox is mauled by the dog.
Should the fox succeed in fending off the dog, or is there even a risk of injury to the dog, the hunter naturally helps his dog to kill the fox.

As of the fall, sealing systems are usually taken out of service.

In winter, no hunter feels like training dogs. Foxes that are still in the plant are killed by the hunter or have to give their life to the last dog of the season.
No fox leaves a hammock alive!

A section from the book of hunter and psychoanalyst Paul Parin, that tells us very honestly and very professionally about the sick sadism of these psychopaths:

“Hunting opens an avenue that can lead either to crimes including even homicide or to sexual lust” – this quotation is not from some animal-rights activist, but from a hunter himself: Paul Parin, prestigious neurologist, author and oft lauded psychoanalyst, and honorary doctor of the Klagenfurt University, Germany.

We non-hunters cannot judge if this statement is true or not.

In any case, Parin writes in his book “The Passion Of The Hunter” about his passionate fervour, the fever of the hunt, following:

“Since my first hunting adventures I am convinced: hunting opens an avenue that can lead either to crimes including even homicide or to sexual lust, no matter when and where it takes place… Hunting cannot be up for grabs without pre-meditated killing.

Hunting without murdering would be an expression that would annul itself… For it is all about passion, greed, lust – a fever actually – […], sex and crime, lust and crime, death and sexual murder.”
(Parin, Paul: “Die Leidenschaft des Jägers” – “The Passion Of The Hunter”, 2003).

Yes! It is only a minority in the German population of 0.45%, which (due to their perverse pleasure) the murder on defenseless animals in the forest (still) operates.

If one can be enthusiastic about murdering innocent and utterly defenseless animals in such a way, one is no more than a miserable asshole, and does not deserve something like own human rights in any way.

Animal rescue from the capsized ship – still living sheep on board 🚢❗️

Tirelessly, our ARCA Letea Wild Horses team worked with Romanian firefighters until late at night to look for survivors. Knowing that there are still conscious animals aboard drives us against all fatigue and exhaustion back to the partially flooded aisles of the freighter.

We have no time to reflect on the incredible sight that this ship, laden with the corpses of thousands of animal carcasses, represents.

Every time we almost give up hope, the leg of a sheep suddenly flinches in front of us. From nowhere, we hear again and again a soft “Mäh”, which steers us in the direction of a breathing animal.

Together we pull the terrified animals out of the mass grave to the light of day.

According to the code of honor of a captain, we will leave this ship only when every living animal is outside!

And we mean…Many thanks to the strong and brave activists!

That would be a useful task for the many employees of the Eurogroup, looking for survivors.

In contrast to us, who are supposed to earn their own money with a job, the people of the Eurogroup have a lot of free time and can finally make themselves useful.