Here is a link to all the latest, and hottest animal petitions. 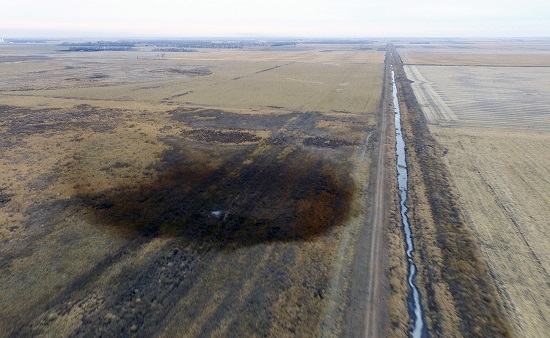 The Keystone XL tar sands pipeline is an environmental nightmare that President Trump has been desperately attempting to revive since taking office.

This massive pipeline would threaten land, climate, and drinking water supplies, keep us rooted in the dirty fossil fuels of the past, and slow our path to a clean energy future.

But Trump’s State Department has issued a new draft environmental review of Keystone XL after a federal court rejected their last review on the basis that it was flawed, outdated, and required extensive revisions.

NRDC is fighting in court to stop Keystone XL once and for all.

But right now, the State Department is accepting public comments on their new and equally shoddy environmental review — so please make your voice heard in opposition to Keystone XL by submitting an official comment today!

Take action and send a message to stop this massive environmental damage to the United States.

Add your name to the letter to Mike Pompeo:

Venezuelan actress María Gabriela de Faría narrates new video footage captured by Mercy For Animals investigators that reveals for the seventh time the appalling treatment of animals that continues inside slaughterhouses across Mexico. This time we expose cows repeatedly shot, kicked, cut open, and left to bleed—all while still able to feel pain.

One cow is shot in the head four times and ultimately hit in the head with an ax but remains conscious and able to feel pain as she is slaughtered. Even more shocking, other cows are killed while pregnant.

Mercy For Animals was instrumental in securing a unanimous point of agreement in Mexico’s senate that encourages the country’s department of agriculture to implement supervision and inspections of Mexican slaughterhouses and shut down establishments like this one that engage in such extreme acts of cruelty.

Now it’s up to you to add your voice to that of Mexico’s congress and sign a petition demanding that the department of agriculture take action.

Please, take a moment to sign our petition asking the Mexican government to stop such blatant animal abuse and crack down on slaughterhouses like this.

Together we are creating a more compassionate world.

A poor man from Bhilwara, a town two hours from Udaipur by train, travels the distance every four months to help the animals with a donation of Rs 15,000 ($215) he has collected from friends and family. He doesn’t have a car; he shares his small house with 8 other people. A prosperous Indian who lives in Indonesia sends USD $1000 every month. A young woman from Toronto has sent us a part of her very first paycheck. With all the differences in our circumstances, we are knit together by love of animals none of us have even met before. This is the kindness humanity is capable of. Though we can tremble at the dangerousness of human beings, we can also glow in the light of their goodness, too. Thank you, Mighty Supporters!

Flopsy is disfigured and majestic!

Flopsy is a beautiful donkey who endured pain most of us cannot imagine. A maggot wound which appears to have started in his ear traveled to his jaw. If you’ve ever had an ear ache you can imagine his pain. Although Flopsy is permanently disfigured by the scarring on his ear, he completely recovered from his travels to the very brink of death.

Flopsy snuggles, he promenades, he eats with gusto and, like anyone who has gotten over excruciating pain, the gift of forgetting all about it and returning to a life of casual good health is indescribably sweet.

You can heal someone magnificent. Please donate.

Poor elderly man prays that his wounded dog will be saved. Watch ’til their reunion!

An elderly sadhu (holy man) had been searching for his dog for several days, and when he found him, he was horrified to find the huge maggot wound on his neck. Although we promised the broken-hearted man that we would return his dog when he healed, we weren’t sure we could save him because the wound was so big and deep. Watch the surprise we got when we brought his beloved friend back to him. Please donate, to keep families like this together.

Twilight was dragging himself in a gutter with a brain injury–and we rescued him!

This older dog so confused and hurt that he was pulling himself sideways along a gutter, air bubbles gurgling up in the water where when his nose bobbed into it. His eye was seriously injured and his brain damaged after being hit in the head, probably by a car, and for several days he couldn’t stand and he wouldn’t eat. We treated him for head trauma to control swelling and supported him with IV drips and comforting hands, and slowly what we feared he had lost forever started to come back to him. He’s wise and wonderful: meet Twilight today.

Please donate. Every dog’s Twilight years should be sweet.

We thank you deeply for all you do, are, and inspire for animals.

Every weekend in Romania local markets take place, where horses are shown and sold with punches, brute force and brutality. Frequently, these horses are then stretched before carriages after their sale and must work hard until the end of their forces for humans.

In addition, the largest horse dealers in some communities once a year organize large, nationwide well-known markets selling hundreds of horses.
Since there are usually no official controls on these markets, extreme brutality and cruelty prevail there.
Raw violence is used to demonstrate the strength of the animals and thus to achieve the highest possible profit by selling the horses. In order to prove the strength of the horses, various cruel methods are used.

Almost every horse has thick welts or open wounds on the body. Whipping hunts, straining against tree trunks, boulders or carriages with their brakes on or tied wheels, some animals simply collapse.

To gather evidence against the traders and markets, we had to document the suffering of the animals.

We drove to the horse market in Mihăeşti. When we arrived, it was quiet – and we understood why. A police patrol and a veterinary officer went around among the horse dealers and checked that the animals were registered with a microchip. We mingled with the crowd as we spotted a frightened horse in the adjacent river that could not move.
A rope had been wrapped around his leg, and the animal had no chance to free himself.
We helped him, untied the rope, got it out of the river, and returned to the market.

In the meantime, the police had disappeared, and the traders had prepared some tree trunks to finally prove how strong their horses are.
They were thick, heavier trunks with a length of up to 15 meters. One horse after another was stretched in front of the tree trunks. A crowd of people gathered.

Then the whip-rain and the loud roar of the traders began.

Again and again the horses were beaten with whips. The men roared at the horses, who were trying hard to take a step forward. The sharp, rusty pieces pulled on the pines of the animals. With mouth wide open and puffy nostrils, they tried to move forward.
Some fell, but the whip forced them to get up and pull harder.

Teenagers and men waited around the cruel spectacle until it was their turn to whip the horses. Some sat on the tree trunks to further increase the draw weight.

Horses are dragging boulders under whiplash.

We went to the market to Berevoieşti, which takes place on three consecutive days. He is considered even more brutal and rabid.
The tree trunks are even bigger and heavier here.
Some horses are even stretched in front of boulders.
In addition, the men pull on the tail of the animals, so that the resistance is even greater.
In whipping rain, the horses are forced over and over again to take a step. Each of the men wants to prove that he has the strongest and most powerful horse.

For animal rights activists, these markets are extremely dangerous places, because the violence that takes place there should remain hidden.
Nevertheless, our local team managed to gather evidence and document the situation of the animals.
The only way to expose the suffering of the horses and to act against the perpetrators.

It is not easy to endure the vile scenes. Nevertheless, it is important to record them because these footage serves as evidence in the trial and can help to end the terrible maltreatment of the animals once and for all.

We will refund criminal charges and enlighten

The photo and video evidence of the abuses will be used in criminal proceedings against the perpetrators.
In addition, as part of our educational campaign in Romania, we will launch an information and education campaign in the markets of the Arges district. With posters and flyers that are distributed in markets, we inform the population about the legal provisions, according to which such ordeal is maltreatment and animal cruelty.

We will show people how important it is to empathize with animals and treat them with compassion (!!!)

Please help end the suffering of the horses on Romanian horse markets.

Call us on the responsible presidents of the Police Department and the highest veterinary authority of Romania to prohibit these markets and to ban the atrocities forever.

My comment: There are many such countries, such as Romania, in the EU, who dreamed of big money when they joined the EU.
They were given subsidies; actually, to adapt their laws and facilities for farm animals to EU “standards”, among others.
But the EU does not control any of its colonies; it claims that animal welfare is a national matter. And in practice also a paper thing!
And that is why the “stone age sadism” of many countries continues to flourish, as in the present case of Romania, which is not a symptom of the poor economy of the country, but a cultural disease of the people, which also with economic aid (subsidies) rather worse than cured would have been..

To the question … “and why may such countries stay in the EU” … we can simply answer:
Because almost every EU country has a big or small cultural defect.

-Germany is the worst country in Europe in Chapter “Animal Experiments”!

-Spain has demonstrably the worst entertainment industry in Europe with the bloody bullfighting.

-Denmark with its archipelago Faroe Islands, brutally slaughters a thousand whales, which is also considered a masculinity demonstration.

The list is long and the perpetrators are all member- servants of an oligarchy, the EU, which owes its existence just to such cultural defects.

The prevailing morality towards animals is, throughout Europe, a Neanderthal morality. 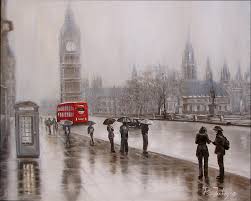 Just a line to say ‘Hi’ and to let you know that I am now back from other issues I have been involved with over the past few weeks.

Big thanks to Venus for keeping things going and supplying you with info and news on a series of issues. I hope to be able to start doing some posts over the next day or so and then we can be back to our full capacity then.

Thanks for sticking with us; and we hope you will visit regularly; and also our other site (Serbian Animals Voice) at https://serbiananimalsvoice.com/

Raining in London that night also – what a suprise !