Three people from the rural village of Xilingol League have been diagnosed with different forms of the disease in November.

A 55-year-old man has become the third person to be diagnosed with a form of plague in China this month.

The unnamed man, from the rural village of Xilingol League, became infected with bubonic plague after killing and eating a wild rabbit on 5 November. 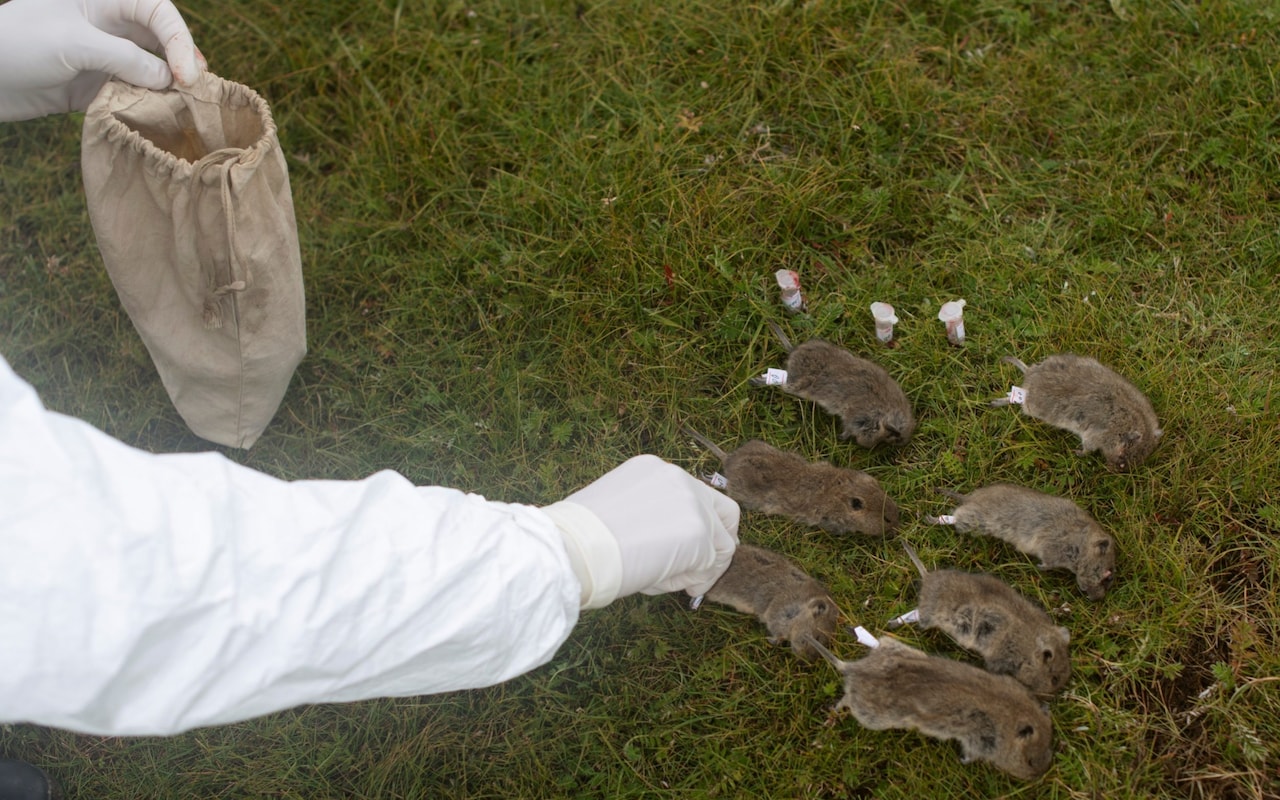 He is being treated at a hospital in the city of Huade in Inner Mongolia, a statement from the health authority in the region said.

The statement added that 28 people who had close contact with the man were quarantined, but none have a fever or are showing other plague symptoms.

Two patients, also from Xilingol League, were diagnosed with pneumonic plague in Beijing on 12 November.

Bubonic plague is the most common form of plague and is caused by the bite of an infected flea.

The bacteria travels to a lymph node which becomes inflamed and painful, causing a “bubo”.

Pneumonic plague, the most severe form of the infection, can develop from bubonic plague and results in a lung infection, causing shortness of breath, headaches and coughing.

Both types of plague are caused by the Yersinia pestis bacterium, and the infections can be fatal in up to 90% of sufferers who are not treated.

The pneumonic variant – where the bacterium is breathed into the lungs – is more dangerous because it is spread through coughing.

Septicaemic plague is a rare third variant which infects the bloodstream.

China has largely eradicated plague, but occasional cases are still reported, especially among hunters who come into contact with fleas that carry the bacterium.

The last major known outbreak was in 2009, when several people died in the town of Ziketan in Qinghai province on the Tibetan Plateau.

Plague has killed tens of millions of people around the world in three major pandemics, with about a third of Europe’s population wiped out in the 1300s by bubonic plague, known as the Black Death.

The bacterium is believed to have originated in Yunnan in southwest China, where it remains endemic.

Rodent populations have risen in Inner Mongolia after persistent droughts, worsened by climate change. An area the size of the Netherlands was hit by a “rat plague” last summer, causing damages of 600 million yuan ($86 million), Xinhua said.

Already in 2015, the “association against animal factories” (VGT) received shocking material from this southern Styrian slaughterhouse. In recent weeks, the slaughterhouse was mainly in the media because of a “rotten-meat” scandal.

Now new shots show how cruel it still going on in 2019 in this slaughterhouse.

Brand-new images of a Styrian slaughterhouse show employees torturing pigs with electric tricycles in different situations. In several cases, the official slaughterhouse veterinarians watch for a few minutes and do not step in! The “association against animal factories” (VGT) refunds comprehensive advertisements.

A few weeks ago, the scandal began around a Styrian slaughterhouse, which, according to media reports, had processed meat from animals that were to be classified as carcass waste.

Now comes the shocking footage of August and October this year, which show gross violations of the Animal Welfare Act and the Battle Ordinance.
Even if the operation has been closed for a short time: the allegations to the authorities remain! According to the European regulation for the protection of animals, the use of electric drivers at the time of killing is strictly regulated and limited.
Only on clearly movement-denying animals, which can actually move on, electric drivers may be used to a small extent.
The videos from the slaughterhouse show another, cruel reality: “Pigs that are already running or even trapped with other pigs are systematically shocked and the screams of the pigs can be heard all the way to the cemetery opposite,” explains VGT vice-chairman David Richter.

In the imagination of many people animal welfare violations in slaughterhouses would actually have to be prevented by the presence of official veterinarians.
But the current detection shows a different picture: the pigs are driven by the electric shock device directly to the veterinarians – without intervention of the veterinarians, systematically over several hours. The VGT filed a complaint against the two veterinarians for abuse of office.

Particularly hard to bear are the scenes of a pig with significant walking problems and a severely injured foreleg.

Nevertheless, the animal is forced to walk with the stun gun.
A cattle is delivered with a swollen leg, hobbling. Other shots show the faces of pigs and cattle and a kick towards the pig’s head.

Such punches and kicks are in turn prohibited by the battle ordinance.
A comprehensive complaint against the employees of the slaughterhouse has been submitted to the district main team Leibnitz.

Already in 2015, the slaughterhouse caused a negative sensation in the wake of the slaughterhouse scandal. The allegations at the time of the violence in the activities of the animals are partly reflected in the current material.
Changes since 2015 did not appear to be effective, at least in this area.

“The fact that there are still veterinarians who are not immediately involved in such activities is seen as a failure of official control measures,” concludes David Richter.

A recent petition (https://vgt.at/actionalert/skandalschlachthof2019/index.php) to the Styrian Parliament demands consequences: exact investigations and possibly penalties for those involved; Improvements and transparency in official slaughterhouse controls (for example in the form of annual reports); and a final closure (without “reopening”) of the scandal operation.

And this one week before the Styrian state election – how will the state policy react?

Animal welfare is a topic that is represented in Austria with less than 3%.
This is what the last state elections on 29th September 2019 showed. The party, in which Martin Balluch (founder of VGT) ran for animal welfare, reached only 2.5% and thus no place in parliament. https://worldanimalsvoice.com/2019/09/24/austria-give-your-vote-for-martin-balluch-for-the-animals/

An indifferent and disinterested society has strengthened the backs of corrupt lobbyists for years and these will return to power over and over again, with or without rotten meat.

Suffering animals and a bit of rotten meat can not change the rotten conscience of voters.