Martin Balluch (chairman of the association against animal factories, VgT) was yesterday witness to an incredible massacre of hare in northern Burgenland. He reports:

“Scenes of absolute horror. You can not imagine how horrible such a hare massacre is!

A good 80 hunters change a few hectares of field and then go through in formation. There are a good 100 (!) desperate rabbits trying to escape somehow.
Uninterrupted shots are fired, animals injured everywhere, often with their legs down and bleeding faces.

And then the dogs are rushed upon, running after the rabbits, often rushing them for minutes and finally biting them.
The animals scream loudly like little human children, like my daughter, when she is afraid or feels pain.

I had to look eyes on dead rabbits as they sat desperately in the field, paralyzed in agony.
Once a hunter fired directly in our direction, as can be seen in one of the pictures.
Often enough, the hunters blasted the animals at such a distance that their shotgun loads would never kill, even if they hit the animals.

No normal-feeling person can watch such a thing without cramping the heart and soul.
Eighty hunters fire uninterruptedly, hundreds of rabbits riddled with shotgun shards, hounded and bitten by dogs.

Thousands of lead pellets then poison the floor.
God knows how many hares escaped injured to perish shortly after lead poisoning.
And the predators that eat these animals also die on the lead.

Why such a thing is tolerated by a civilized society, remains completely incomprehensible.
No! none of these rabbits are edible after this massacre. But even if, that is irrelevant.
And no! we do not have to reduce hare in Austria. They have become rare. Unless hunters fatten it, as here, all year round, and ruthlessly destroys all predators.

It’s all about the fun of shooting hundreds of living creatures. A shooting fun that can really entertain only infantile minds. There are many things wrong with hunting in Austria.

My comment: And unfortunately, not only in Austria many things are wrong, dear Martin Balluch!
Here in Germany we also have a horror result: 212.452 hare counts the hunting statistics for the hunting season 2016/17!

The heavily armed killer front in the woods and meadows kills more than 5 million animals every year – in the most cruel way.
Half million foxes, 300,000 domestic cats, around 35,000 dogs, ponies and cows on pasture, ducks, wild boar …alla from hunter`s hand.

The claim of the hunters that they control the wild population in the forest is nothing more than an impudent, cunning attempt to positively influence public opinion, so that they can win the moral support of the population for their murderous fun.

Hunters do not regulate … Hunters do massacre.
Hunters are hang offenders, conscious and deliberately cruel.
Those who kill animals for fun lose the feeling of humanity at the same time.

Hunting leads to bestiality and dehumanization.
Hunting is and will be murder. 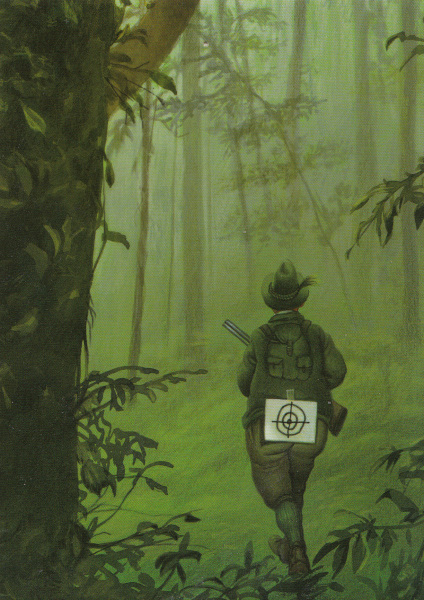