Tomorrow, on the second Monday in October is #Thanksgiving in # Canada.
Benjamin Franklin wrote that in comparison to the bald eagle, the turkey is “a much more respectable Bird, and withal a true original Native of America…He is besides, though a little vain and silly, a “Bird of Courage.”

Turkeys are intelligent and sensitive animals that are highly social. They create lasting social bonds with each other and are very affectionate; rather similar to dogs.

Turkeys are native North Americans.
European immigrants killed the abundant numbers of wild turkey written about in early historical accounts declined with colonization until they were nearly wiped out.

To this day we continue to massacre turkeys by the millions in the name of “Thanksgiving”.
Last year, 20 million turkeys were killed in Canada for their flesh that we don’t need. 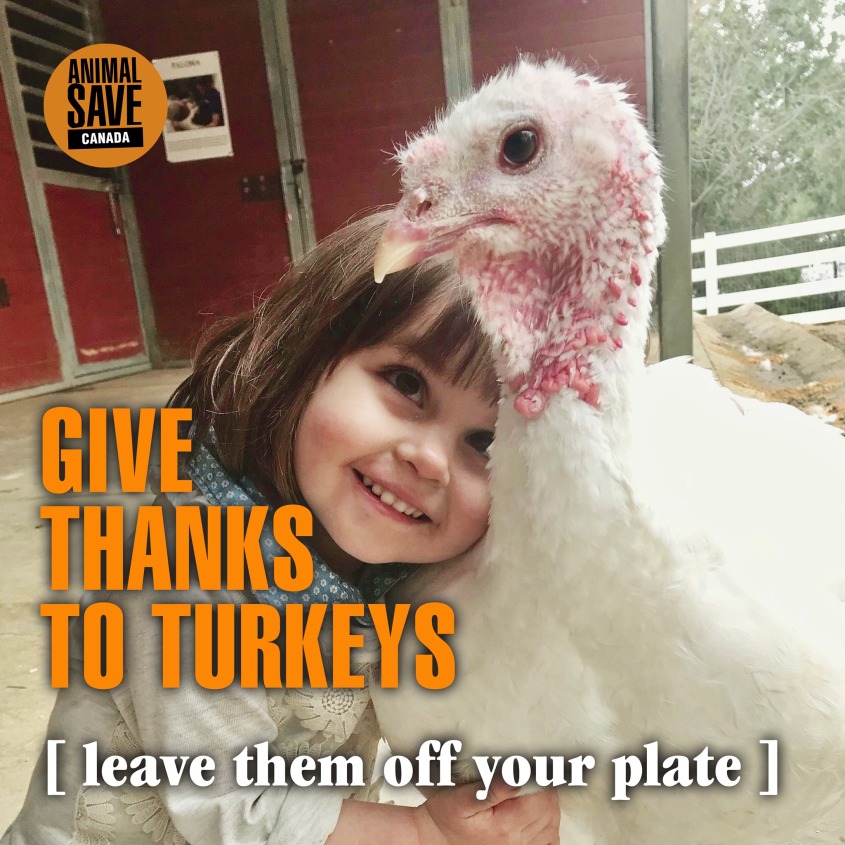 Most of them were condemned to shortened lives of misery in crowded and filthy warehouses.
Give thanks to turkeys and all beings this Thanksgiving by taking them off your plate.

And I mean…What does a Thanksgiving symbolize?
Gratitude.
If this is connected with the mass murder of animals, then we remember archaic, prehistoric rituals when people wanted to thank their gods and sacrificed animals for it.
Since then, we mean that we have developed.
Therefore, such a “thank you” has nothing to do with gratitude or social culture.

It is a mass murder in the name of an outdated tradition and therefore perpetuates primitive man’s culture.

Canadians: Take a nice walk in nature that day, or play football and let the corpses of the animals out of your plate!
Your health would thank you for it, your conscience, and above all the animals. 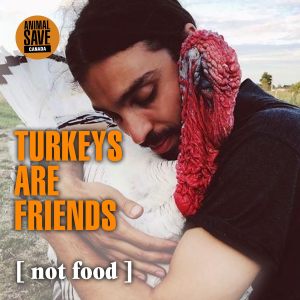