But as we know legality doesn’t dictate morality.
What side of history do you want to stand on when it comes to stamping out this injustice?”

And I mean…if resistance is to become a reality, then people have to know what injustice is.
And that injustice has the same weight for all living beings, does not depend on color, race, or species.

But we know that people are purposely brought up in a racist manner in their morals, in their selections, in their thinking.
The system leads people to factory behavior – standardized, dependent, systematically managed, and monitored until they are disempowered
Almost everyone sells their soul to the meat industry and is given the freedom to eat meat in return.

That answers the question – that’s all!

Following talks with PETA, the Columbia Sportswear Company—one of the largest active-lifestyle apparel and footwear companies in the world—is all packing up its alpaca-derived items and has become the latest company to ban alpaca.

The ban will apply across its Columbia, PrAna, Sorel, and Mountain Hardwear brands! 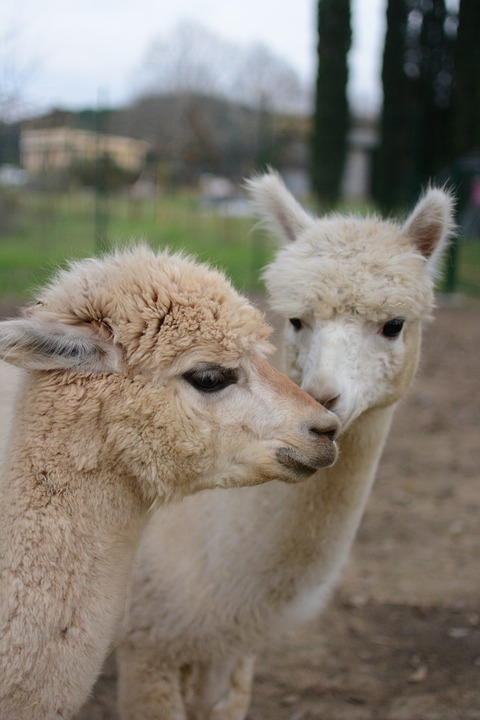 Here’s Why Companies Are Banning Alpaca

Columbia’s ethical and environmentally responsible decision comes on the heels of a PETA exposé of the world’s largest privately-owned alpaca farm, in Peru, that documented workers violently hitting, kicking, and slamming alpacas (some pregnant) onto tables and strapping them tightly by the legs into a restraining device resembling a medieval torture rack.

Their legs were then stretched in opposite directions, nearly wrenching them out of their sockets.
Workers sheared the animals roughly and carelessly, leaving them with gaping, bloody wounds that they crudely sewed shut.

The animals cried out, spit (a typical response to distress), and vomited in fear as workers grabbed them by the ears.

Now, alpacas will no longer be used for profit by Columbia.

Stealing wool from these docile, gentle, curious, and social animals is not a victimless crime.

But some companies are still knowingly profiting from the torment, mutilation, and slaughter of these gentle animals.
Please urge Anthropologie to stop selling alpaca fleece immediately.

And I mean…That gives us hope, this is very positive news.
The list of companies banning alpaca, fur, and exotic leather is growing every year.

We achieved this through the media, with systematic education and war against the criminal industries of animal exploitation.

Animal welfare needs patience, which you get with the years and experience.
We have patience and fighting spirit, we keep fighting and it will stay that way.

Back in the 2005 / 06 period, when I (Mark) was deep into fighting for the rights of Serbian stray dogs and cats with a few Serbian activists – you can see most of the work at WAV’s other site which is ‘Serbian Animals Voce’ – https://serbiananimalsvoice.com/  – go to the archive on the left side; I got a lot of support from Maria Daines; an English singer.

One day I asked Maria (and husband musician) Paul if they could do something about the suffering animals in Serbia.  As a result they penned the song ‘Unite’ – which as you can see starts immediately with the flag of Serbia.

In traditional Maria style, it is a song for the animals; something for which she is very well known.  This is a song for all animal activists the world over; declaring that we must unite in order to achieve victory.

SAV is not run directly as a site for Serbian strays any more; instead we still get many visitors each day rather than visit us at WAV,  so we also put all the WAV posts onto the SAV site each day – extra work but we have the advantage of getting the word out about issues via 2 different sites each day; and that’s a winner !

WAV Comment – as a reminder for the giving day for apes; we have just donated to one of our favourite rescue centres; the Borneo Orangutan Survival (BOS) Foundation.  Please support them with a donation today if you are able.

Today is one of the biggest days of the year to show how much you care about the orangutans in our centres.

In honour of #GivingDayforApes, I want to share some important numbers with you:

Our orangutans require a lot of care, while our 38 surrogate mothers work tirelessly in the tropical heat to teach our forest school students how to survive in the wild.

The orphans drink a total of about 15,000 litres of milk and use 10,000 diapers per year. And eat more food than you can imagine Mark, such as yams, melons, eggplants, rambutans, watermelons, and a mountain’s worth of bananas.

If just 1 in 10 of those reading this email – people like YOU, Mark – gave $25 we could reach our goal to raise $20,000 by midnight tonight to provide milk and nutritious food for all of our orangutans.

So will you help us reach our goal?

Click the donation button below to donate $25 or more right now and help us meet our goal before the midnight deadline.

You have my word, Mark, that 100% of the donations will support our orangutan care and conservation activities in East and Central Kalimantan.

For the orangutans we all love,

Survey: Support for banning fur farming in Estonia is greater than ever before

According to a survey commissioned by animal advocacy organisation Loomus, 83% of women and 66% of men are not in favour of fur farming.

73% of Estonians and 77% of people from other nationalities are against fur farming.

73% of Keskerakond (Estonian Centre Party) voters are against fur farming. Same goes to 72% of Reformierakond (Estonian Reform Party) voters, 51% of Eesti Konservatiivne Rahvaerakond (Conservative People’s Party of Estonia) voters, 85% of Sotsiaaldemokraatlik Erakond (Social Democratic Party) voters, 74% of Eesti 200 (Estonia 200) voters and 93% of the voters of other parties. 79% of the people without a party preference are against fur farming.

Martin Garbuz, the board member of Loomus, says that it is a wonderful result. “The support for banning fur farming is great and it’s constantly growing. The majority of society don’t support an industry where animals are tortured and killed for luxury items. It’s also important information for politicians who are considering the ban of fur farming again,” he added.

In summer, 23 members of Riigikogu (Estonian Parliament) initiated the draft Act for the amendment of Animal Protection and Nature Conservation Act which seeks to ban fur farming in Estonia. The draft was compiled in co-operation of politicians and Loomus. The first reading of it is taking place on the 15th of October in Riigikogu.

718 residents of Estonia, aged 18–60, took part in the Kantar Emor national survey and they were asked whether they are in favour of raising and killing animals such as foxes and minks for their fur. The survey was conducted in the middle of September.

‘Real and imminent’ extinction risk to whales | Eurogroup for Animals

More than 350 scientists and conservationists from 40 countries have signed a letter calling for global action to protect whales, dolphins and porpoises from extinction.

They say more than half of all species are of conservation concern, with two on the “knife-edge” of extinction.

Lack of action over polluted and over-exploited seas means that many will be declared extinct within our lifetimes, the letter says.

Even large iconic whales are not safe.

“Let this be a historic moment when realising that whales are in danger sparks a powerful wave of action from everyone: regulators, scientists, politicians and the public to save our oceans,” said Mark Simmonds.

The visiting research fellow at the University of Bristol, UK, and senior marine scientist with Humane Society International, has coordinated the letter, which has been signed by experts across the world.

Inside the industrial turkey machine

We also know that Canadians waste an astounding 40% of our food.

A few weeks ago I visited one of Canada’s 523 regulated turkey farms. Despite the current global pandemic, I’m staying carefully mobile in my own country with investigative work.

I’ve met rescued turkeys and I absolutely revel in their curious and funny natures. They come running to you for company. They like to talk at you – a lot. If only we knew precisely what they were saying! We do know they have easily distinctive and understood calls: the gobble, the spit and drum, the cackle, the warning yelp, the purr.

My favourite interactions with turkeys are when they let me stroke the feathers on their abdomen and under their wings. They love it, and start to preen themselves with pleasure.