“Just months after the investigation’s release, Perdue, with praise from Mercy For Animals, the Humane Society of the United States, and Compassion in World Farming, committed to the most comprehensive animal welfare policy of any U.S. poultry company.”

The following is a guest post from Mark McKay, president of Perdue Premium Poultry and Meats, and Leah Garcés, president of Mercy For Animals.

This is certainly how the relationship began between Perdue and Mercy For Animals.

In 2015, Mercy For Animals released an undercover video of a Perdue chicken farm showing abuse by contract workers. All too commonly, companies go into defense and denial mode when faced with such footage.

But if you flip the coin, a business can find opportunity in this sort of exposure. It is a rare moment when a company humbly embraces the harder — but ultimately more rewarding — path.

Perdue knew that what the video had shown represented not only an opportunity but also a responsibility to animals, customers, and consumers to uphold the company’s standards.

So Perdue picked up the phone and did something meat companies rarely do: It called Mercy For Animals.

A stunned Mercy For Animals sat at the other end of the call.

Here was Perdue thanking the organization for the investigation that had exposed animal handling contrary to the company’s standards — and promptly acting to remedy it. Perdue also invited Mercy For Animals, along with other animal advocacy organizations, to a discussion about continual improvement to animal-raising practices.

First we needed to build trust. The divide was great, and no past collaborations of this kind existed to guide us.

But over time, through honest and open communication, we found that we had more in common than we had thought. Often, when facing the so-called opposition, people focus on areas of disagreement and difference rather than common ground. In this case, both organizations recognized our shared goals and understood our duty to work together.

But working together had its pitfalls. Mercy For Animals risked looking like a sellout. Perdue took a risk by admitting it had “gotten away from the farm.” That’s a lot of risk — and tension — bundled into one situation. But sometimes taking risks pays off enormously

Our conversations were challenging, especially in the beginning, but the tension felt reassuring. Tension is the sense of the gap between where we are and where we’d like to be. This tension facilitates conversation and drives change.

Just months after the investigation’s release, Perdue, with praise from Mercy For Animals, the Humane Society of the United States, and Compassion in World Farming, committed to the most comprehensive animal welfare policy of any U.S. poultry company. Perdue didn’t claim to be perfect but charted a path toward industry leadership and continual improvement in animal welfare.

Each year, through ongoing conversation, Perdue moves up the ladder of animal welfare; nearly 52% of Perdue’s conventional farms are now windowed — and as the No. 1 supplier of USDA organic chicken, Perdue provides 25% of its chickens with outdoor access.
Perdue made a promise, and Mercy For Animals works closely to provide feedback through informal meetings and participation in Perdue’s Animal Care Summit.
The relationship is sustained by our firm mutual commitment to ongoing progress.
Everyone involved is benefiting.
Each year, Perdue publishes an animal care report and hosts a conference to report progress toward existing goals and share new ones, and invite feedback and ideas for continual improvement.

Chickens benefit from Perdue’s dedication to the Better Chicken Commitment, a set of animal welfare standards supported by animal advocacy groups. This commitment requires companies to meaningfully reduce animal suffering by giving chickens more space and a better environment, minimizing their suffering during slaughter, and using breeds not prone to painful and debilitating conditions. 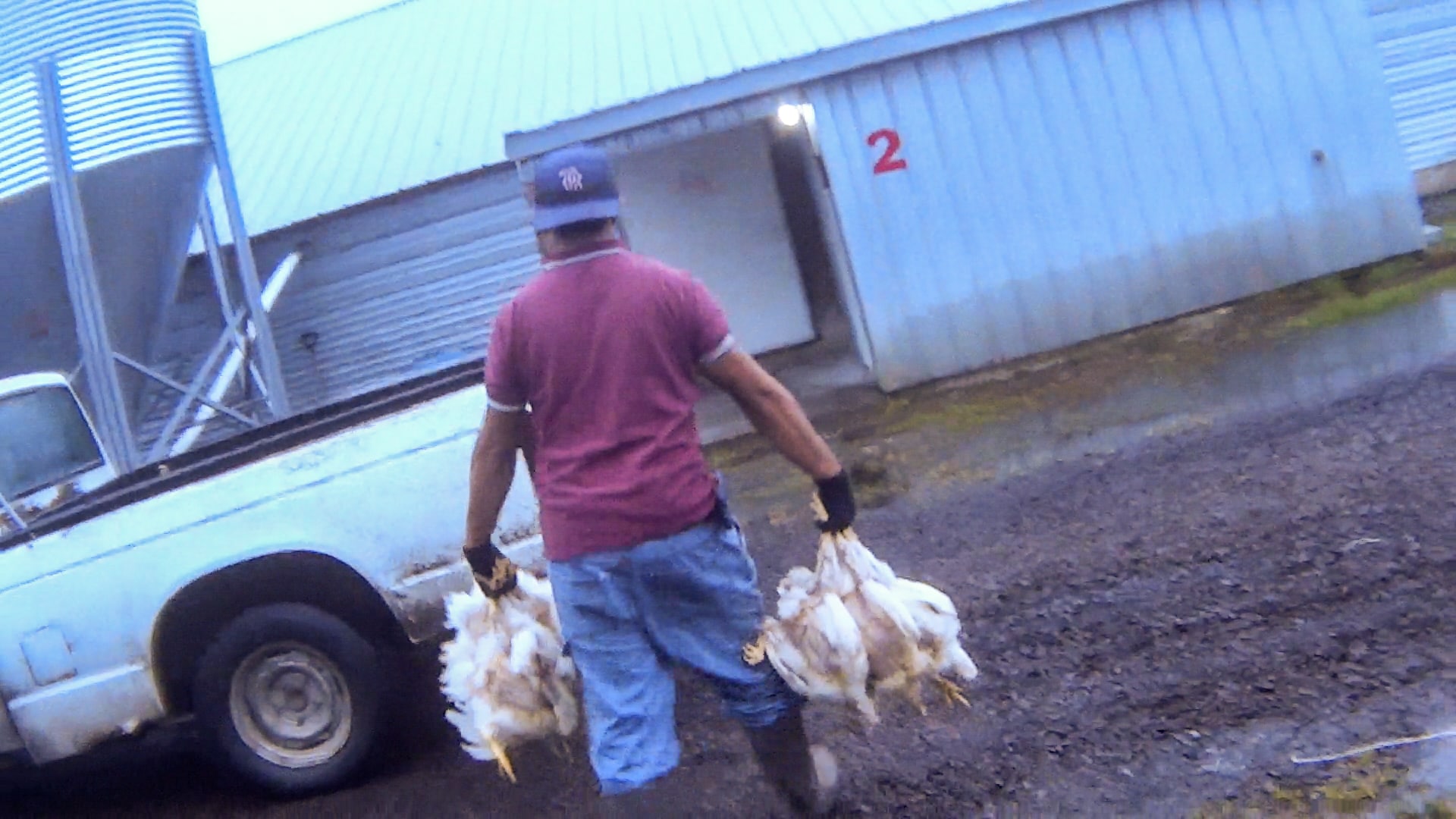 We hope the food industry and those working to improve it will be inspired by our collaborative approach. The journey from adversary to ally requires conversation, sometimes compromise, and certainly discomfort for both sides.

But without these — and the coming together of different stakeholders — no one wins. We must always search for the place where our goals align.
This is the critical path to progress that will lead us all to a better food future (!!!)

And I mean…The pattern is familiar: An animal rights group films an undercover video that allegedly captures animal abuse at a well-known meat supplier; then…
1) the supplierr denies the video is accurate, or
2) tries to spin it for its own purposes; for meat-lovers the world over reluctant to give up their favorite dishes, life goes on.

After a video released showed apparent mistreatment of chickens at Perdue, an agribusiness giant, this pattern may be changing.

First, Perdue claims that these are isolated cases and that the worker has been laid off. Hands and guilt are washed away

Perdue did not condemn MFA’s potentially embarrassing efforts.
The company praised the undercover investigation and the subsequent involvement of the police.

Instead, Perdue even expressed its gratitude to MFA and the chicken company appeared ready to work with a group that is interested (and believes) they can get them out of business.

Mercy for Animals (MFA), founding member of the World Federation for Animals (WFA) and an organization which aims at the “end of factory farming”, claims that all parties involved will benefit from this deal.

Some believe it, some don’t.
Not because some reject the small steps and others don’t.
But because many years of experience have shown us that the meat industry is not trustworthy and not fair.
And because, last but not least, the meat industry has always achieved its goals with deviousness and fraud.