Horse and human can go through thick and thin together as friends.
The intelligent animals build close bonds with their caregivers when all contact is based on respect and understanding.

Many people would like to ride and visit one of the around 6,100 riding schools nationwide in order to learn to ride on one of the 65,000 so-called school horses.

According to a study, 2.32 million people in Germany call themselves riders – Germany is one of the countries where equestrian sport is very popular.
But: Do people have to ride horses “to do something with horses”?

And is it even okay to ride horses?

Hundreds of thousands of horses are ridden every day, not only in tournaments, but also in recreational sports.
Around 600,000 households in Germany have their own horse, 920,000 households have a so-called riding participation.
There are also countless other professional and tournament riders, riding students, leisure and occasional riders.
Anyone interested in horses goes horse riding – and that is exactly the problem.

Riding is not the answer to “doing something with horses”, because riding can be physically and psychologically harmful to the horse.
Many horses are exploited by us humans and abused as sports equipment, and not only in tournament sports.
In the leisure sector, too, some so-called horse lovers often put their own interests above those of the horse.

The needs of the animals should be the focus. 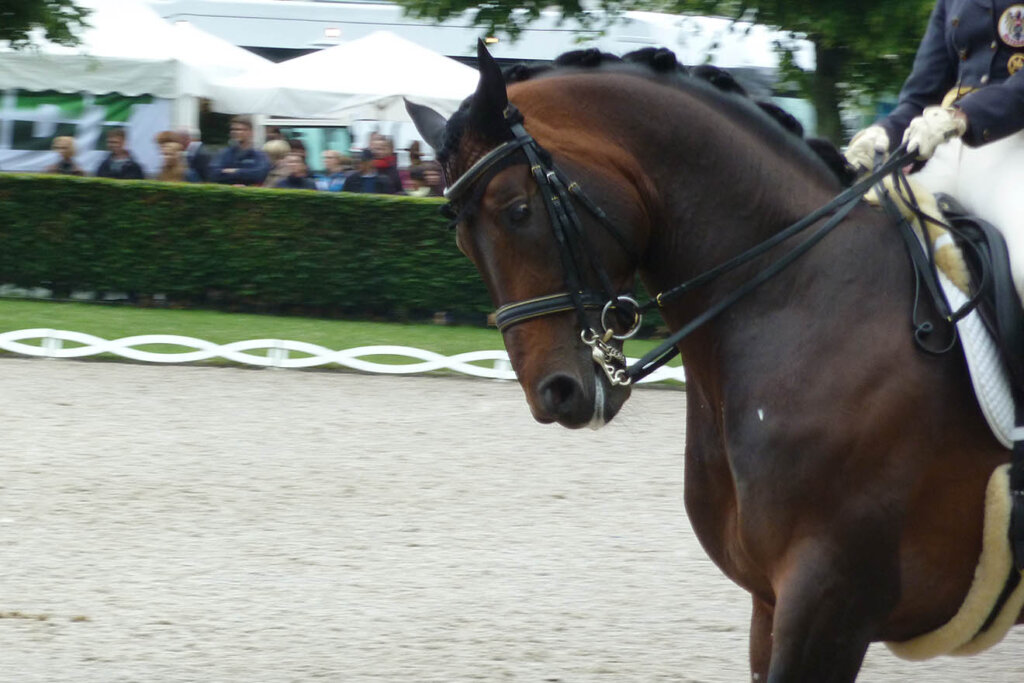 Riding means that a person chooses to get on the back of a horse or pony.
As with all vertebrates, it consists of a complex and sensitive structure of vertebrae, intervertebral discs, ligaments, tendons and muscles.
If you do not know the individual needs of a horse, you cannot respond to them and cause great damage to your horse.

END_OF_DOCUMENT_TOKEN_TO_BE_REPLACED

Here is your latest serving of the WAV ‘Vegan Bites’ – lots of super food and animal issues for you to take a look at.

KFC, On your way, this is the future:

Ready to take the Veganuary pledge ?

Epicurious ditched beef. Why stop there?

Cooking oil/fat consumption and deaths from cardiometabolic diseases and other causes: prospective analysis of 521,120 individuals

Jack Black Says Vegan Is Best For The Planet And ‘Straight Up Delish’ (plantbasednews.org)

Disney is developing a live-action film based on the book Aloha Rodeo, which follows three Hawaiian cowboys who in 1908 traveled to Wyoming to compete in a steer roping competition at what’s still one of the most brutal and deadly rodeos in the world. Please join us in urging Disney to cancel this dangerous project, which will injure and potentially kill animal “actors” while glamorizing one of the cruelest events in rodeo.

The activity at the center of Aloha Rodeo is steer roping. This is the famous event whereby a cowboy on horseback chases down a terrified steer, lassos him with a rope noose, and stops short so the steer is knocked to the ground with incredible force, before the cowboy dismounts and runs to bind the steer’s legs together. Steer roping is so excessively violent that it is not part of the annual National Finals Rodeo, and the Professional Rodeo Cowboys Association (PRCA) has largely removed the event from its website.

This event can result in serious injuries and deaths, and it’s also considered so cruel and dangerous that it’s been banned in several states. The following video filmed by Showing Animals Respect and Kindness (SHARK) shows how rodeo roping can paralyze calves and adult animals by breaking their necks.

The rodeo in the book takes place in Wyoming and still exists as one of the world’s largest. More animals will unquestionably suffer and die there in steer roping and other cruel rodeo events.

This is not Disney’s first rodeo; the company should be well aware of the risks its fictional films pose to real-life animals. In 1955, when Disney released Davy Crockett: King of the Wild Frontier, the film inspired a raccoon skin cap craze that decimated the U.S. raccoon population. Each time 101 Dalmatians or its sequels are released, it spurs a surge in the demand for Dalmatians, which perpetuates puppy mills and leads to an increase in the number being dumped on already overburdened rescues and shelters.

Disney’s live action film will glorify this inherently violent industry which encourages kids to harm animals for fun and inflicts lethal injuries on bulls for entertainment. It will also sugarcoat the serious animal welfare concerns of a scandalous industry that shocked and beat a horse and attacked a bull with dogs.

This film will be a disaster for animals and risks reviving the entire sagging rodeo industry by sanitizing animal cruelty.

Join us in urging Disney to cancel the planned live-action film Aloha Rodeo, which will put animals at risk of harm and glamorize an inherently violent and brutal entertainment.

1. Please call Disney Studios to let the company know that you are not okay with its making a spectacle of animal cruelty in the upcoming live-action film Aloha Rodeo.

Some talking points you can mention:

2. Tell your friends and family to avoid rodeos.

On Twitter, please message Disney, Disney Studios, and Disney Plus with the following message:

@Disney @DisneyStudios @DisneyPlus #AnimalCruelty isn’t entertainment. Cancel your plans to make #AlohaRodeo, a film centered around a rodeo event so cruel and dangerous it’s been banned in several states. #RodeoCruelty

4. Please fill out the form on this page to submit our emails asking Alan Bergman – Chairman and Alan F. Horn – Chief Creative Officer at Disney and Disney’s Corporate Social Responsibility Department to cancel production of this dangerous film.

Sign our alert to immediately deliver your comments to:

March 1979 – The Sea Shepherd was the first ship to go to the ice fields off the Eastern Coast of Canada for the sole purpose of protecting seals.

Before being arrested for approaching a seal hunt without permission of the government, Sea Shepherd crewmembers saved over a thousand baby seals by spraying their white pelts with an indelible organic dye to render them commercially worthless.

In March 1980, Captain Paul Watson was banned from the ice fields and the sealing areas for three years.

In March 1981 Captain Watson lead a crew with three ocean kayaks to the Gulf of St. Lawrence despite his parole order. Hundreds of seals were sprayed with harmless blue dye effectively saving their lives.

Captain Paul Watson’s conviction of 1980 was later overturned on appeal.
These and later interventions, plus high profile supporters helped start the demise of the Canadian fur seal hunt.

With recent moves by the EU to ban seal imports and major fashion houses across the globe to stop the use of any kind of fur in their designs, the end of a 40-year battle may finally be in sight.

And I mean…When I see how many fashion designers have banned fur from their creations in recent years, how many countries have closed their fur farms and how many department stores in Germany and throughout Europe have said goodbye to fur, then our fight has already had a positive result that strengthens us and we will continue to fight this fight.

WAV Comment – Donkeys are abused in so many places. Below are a few interesting facts about them. The use of and unnecessary need for donkey skins are having a a massive impact on these gentle animals. They also suffer terribly carrying overweight tourists up dangerous terrain, and they are worked to death carrying huge amounts of bricks and other loads which are far beyond their capabilities. Take action for donkeys today – World Donkey Day – Thank you.

Please read on and take action.

From Peta – Today is World Donkey Day, and what better way to celebrate them than to share a few of the things that make these intelligent, curious animals who they are?