He had wedged himself between a motorbike and the wall of someone’s garage, hiding in excruciating pain from a wound in his head that had become a deep hole filled with maggots clear down to the bone. So lucky for him, he had chosen to hide in the home of people who cared, who had our rescue number and who called us to help. We found him panting in stress and confusion and hurried him to Animal Aid’s hospital for treatment. We had to sedate him in order to clean out the wound, but even before we started, his eyes melted us with their trust. What a sweetheart we had on our hands-a gentle older boy whose precious life it was a privilege to save. Meet David today.

Dragging his hind legs behind him, Tinku was hit by a car and couldn’t walk. Someone spotted him, and when our rescue team arrived, in terror and confusion he tried to hide in tall grass on the side of the road. He was easy to catch up to though, and we wrapped him in a blanket to cover his eyes to calm him down a bit. Back at the hospital his round black eyes were full of fear. Before rescue, he had never been touched by a person before, but incredibly, he took comfort in being stroked and loved. We found that he had a complete femur fracture and injury to his other hind leg as well that prevented him from being able to stand at all. With 6 weeks of bed rest including cuddles from Kamla and others every day, this determined little boy healed and learned to walk again. Meet Tinku today.

Wounded and staggering in traffic, dog rescued just before collapsing

Staggering and wobbling on a busy road a wounded dog was on the verge of collapsing right in the traffic. When we got up close we saw that he had a wound full of maggots on his neck. We hurried him back to the Animal Aid hospital and sedated him so that we could clean the wound, remove all the maggots, bandage and start him on the road to recovery. Thank goodness we arrived before he collapsed, and what a precious old boy was saved. Meet Marlo today.

Please donate. Because in an emergency, there’s no time to lose. 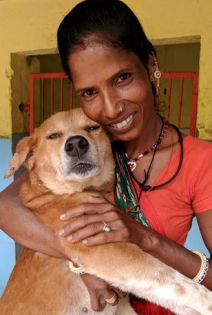 Anyone who notices Radha Gameti‘s show-stopping beauty is quickly distracted from it by being even more impressed by her care for animals. Radha joined Animal Aid 10 years ago and she’s been a main-stay of astounding love every day since. The mange treatment area is her current queendom, but she’s worked wonders from puppies to cattle over the years, rushing here and there to feed, hold fearful animals, organise baths, cleaning kennels, assisting vets and nurses, enticing reluctant eaters with hand-fed morsels…but most impressive is the accompanying ingredient of pure radiant love she adds to her every action. Animal Aid would not be the place of vitality and courage without Radha, whose energy and smile lift the hearts of everyone here. And many of the “everyone”s are recovering animals, who without doubt heal faster because of Radha’s shining light.

Reality check verdict: The EU does not give any agricultural money specifically for bullfighting, but that doesn’t mean that no EU money reaches the industry. There are no official estimates for how much.

Uxbridge MP Boris Johnson popped up on BBC Breakfast last week to say that more money could be spent on science and the NHS, instead of Greek tobacco or bullfighting, if the UK left the EU.

“£110m a year of CAP money goes on Spanish bullfighting for heaven’s sake,” the former Mayor of London said. 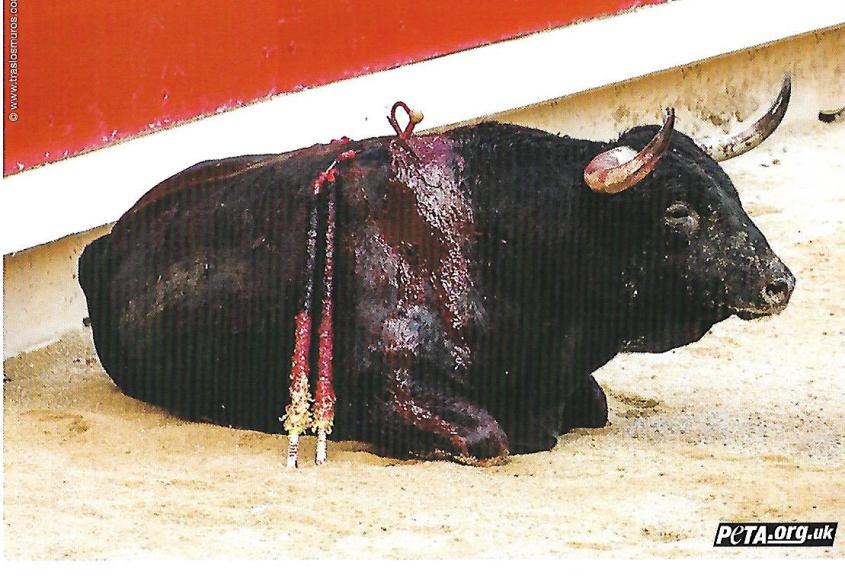 A 2013 report by Green MEPs on bullfighting in Spain found that around €130m (£103m) a year from EU funds was being used to subsidise the industry. The report itself notes that “facts and figures about bullfighting are hard to obtain” and “lines of funding are difficult to track”.

Payments to farmers are granted per eligible hectare of land, rather than on what and how much they produce.

The European Commission told BBC News: “To say that some Spanish farmers are receiving payments specifically for breeding fighting bulls or that the EU is somehow pro-bullfighting is disingenuous.”

But the EU has no legal power to stop Spanish farmers raising and selling bulls for bullfighting using CAP money – it’s a matter for Spanish national law.

In October 2015, MEPs voted for an amendment to the EU budget, which called for agricultural payments not to be made to land being used for the rearing of bulls for bullfighting.

While the MEPs’ amendment was included in the EU budget (you’ll have to scroll to page 635), there was a footnote to it.

The footnote says that this decision is “not executable” because it “modifies the legal provisions of the CAP”, so it sounds like although MEPs tried to prevent money being spent on bullfighting, nothing will change unless the CAP is changed first.

Note: An earlier version of this story said that the vote by MEPs would prevent CAP money getting to farmers rearing animals for bullfighting. This version has been amended to make clear that the MEPs’ vote by itself does not stop this happening. 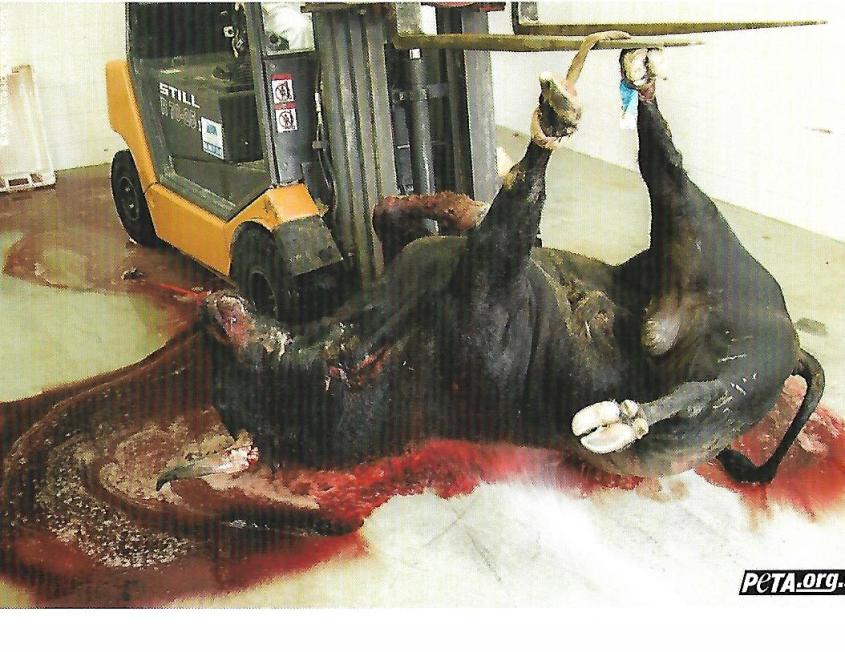 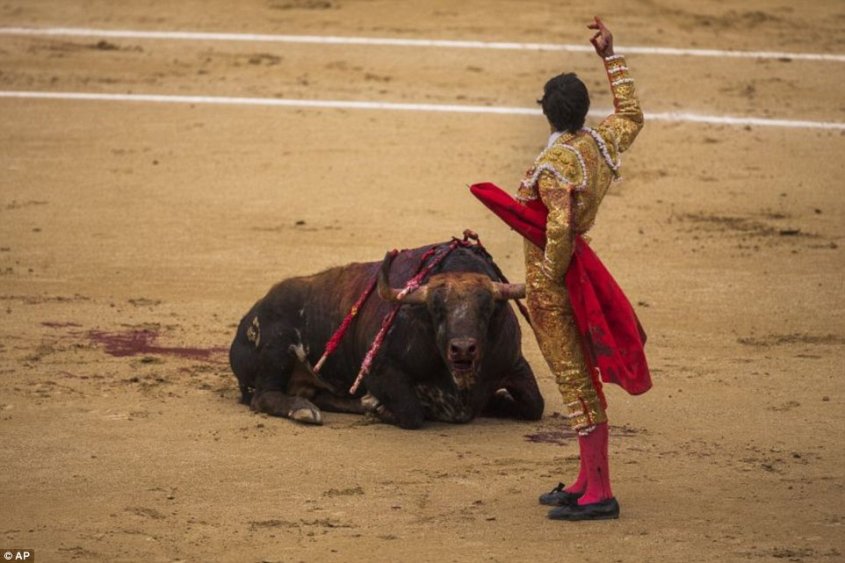 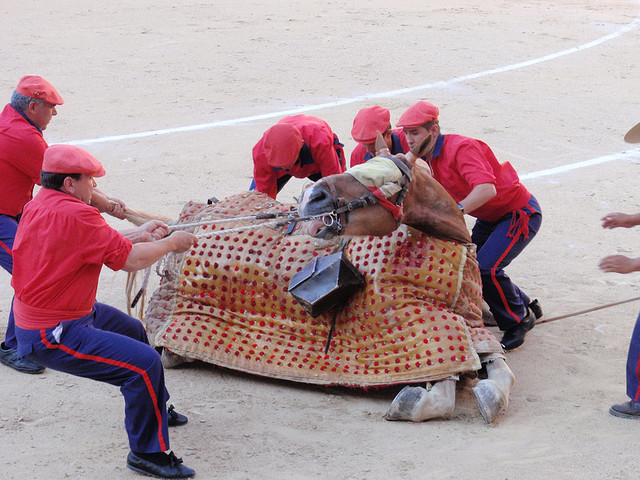