Brexit is coming and, inevitably, so is the deadline for the UK and the EU-27 to conclude the withdrawal agreement. On 17 October, the EU heads of State and Governments will meet in a European Council solely aimed at dealing with Brexit. Only after this meeting will it be decided whether conditions are met to plan an extra summit in November, to finalise the talks. Over the past months, the likeliness of a disorderly Brexit, in the absence of a deal, has strongly increased. In most post-Brexit scenarios, measures will have to be adopted to avoid a huge number of animals suffering due to increased bottlenecks at the borders. Eurogroup for Animals thus welcomes that EU Chief negotiator Michel Barnier has taken on board its proposal to work towards an EU-UK Common Veterinary Area.

The impact of Brexit, especially a disorderly one, will be felt at the borders. Thousands of live animals cross the UK-EU27 borders every day, and not only on the island of Ireland. In common with any type of products, live animals have to be checked at the border, which can lead to huge delays and to animals having to wait, often in poor conditions, for days. To better understand what is at stake, one can look at the border between Bulgaria and Turkey, where animals have to undergo all necessary checks and wait an average of six hours, most often without sufficient care and in horrendous conditions. The number of animals that could be crossing a UK-EU border is far higher and, at the moment, the existing infrastructure is not adequate to ensure the welfare of animals is respected during crossings.

Since its creation, the “Brexit and Animals” taskforce [1] has been vocal about the risks such “no deal” Brexit would entail for animals (see also this article). It is in this context that Eurogroup for Animals had informally raised the idea that the EU and the UK should consider a common veterinary area, on the model of what exists between Switzerland and the EU. The EU-Switzerland “single veterinary agreement” implies the equivalence, and thus a complete alignment, between the EU and Swiss rules and creates a joint mechanism to discuss arising issues. Veterinary checks at the border can thus be reduced and even eliminated.

It is thus a clear progress to hear Michel Barnier, the EU Chief negotiator for Brexit, mentioning the possibility of a future EU-UK veterinary area in a public speech he gave on 10 October 2018, explicitly referring to the aim of lowering veterinary checks between both partners.

Next week will be crucial for Brussels and London. Whatever the result of the most recent discussions, especially around the Irish border, it will be important to continue raising animal-related concern throughout the entire process, to ensure animal welfare standards are not – even de facto – lowered as a result.

[1] The Brexit & Animals Taskforce comprises 11 of the UK’s leading animal welfare organisations, working together to ensure that animal welfare is protected and, where possible, advanced as the UK withdraws from the European Union.

The dirty business with sick and seriously injured animals from the dairy industry.

The case of a closed slaughterhouse in Stendal (a city near Berlin) a few days ago sheds light on a previously unknown niche in the food industry.
As research by the TV magazine FAKT shows, small slaughterhouses specialize in processing injured animals that are no longer accepted by large slaughterhouses.

According to a former employee of such a company, these slaughterhouses take injured animals from farmers for little money and process them.
“A healthy cow is worth 1,000 euros,” he explained. “The butcher takes an injured or sick animal for 50 to 150 euros and earn a lot of money”.

Everyone benefited from this system: the farmer who gets the sick animal out of the barn, the haulier who brings it to the slaughterhouse, and the butcher himself.

END_OF_DOCUMENT_TOKEN_TO_BE_REPLACED

We feel that nothing will really be learned from this.  China and the world will sort this out by killing tens / hundreds of thousands of pigs; without asking themselves if their farming practices and transport regulations (or lack of) have anything to do with it.

From this negative attitude we can only assume that very little will be learned.  Huge and intensive factory farms will continue; and when there is an outbreak of disease or virus; the ‘simple’ solution to slaughter tens of thousands of animals is adopted.  Once this is done; things will resort to ‘normal’ cruelty and the mass production of pork; without giving a thought for the welfare of sentient beings, can begin again.

It is a very, very sad situation, when living animals become literally ‘products’ to be trashed whenever the mighty human wishes.  Shame on them all – pity that they claim to be so intelligent; where as the reality says they have brains  full of pig dung.

BEIJING (Reuters) – China’s agriculture ministry said on Monday that 14 pigs have died in a fresh outbreak of African swine fever in the province of Liaoning.

The outbreak in the city of Anshan is the fifth reported in the northeastern province.

China has so far reported some 30 outbreaks of the pig disease, which does not affect humans.

One of China’s top animal feed producers said on Tuesday an affiliated firm has culled nearly 20,000 pigs due to a suspected case of African swine fever, according to a report by the China Securities Journal.

African Swine Fever (ASF) appears to have gotten out of control in China. The authorities have reported the first large commercial farm to have been hit, the Tianjin municipality is the 9th province to confirm an outbreak – and it looks like there is more going than is being confirmed through official channels.

The commercial farm that was hit had 19,938 pigs on-site, according to the Chinese authorities.

With regard African Swine Fever, China is now burying pigs alive to combat the issue.

We have received disturbing footage showing pigs being buried alive in China. Apparently, this is a response to a recent outbreak of African Swine Fever.

Please note that this is distressing footage: 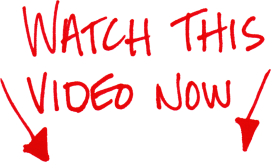 shows pigs being dropped from a lorry into a deep pit and then, while still alive, being covered by earth.

A matter of urgency

We have written to the Chinese Ambassador, urging the authorities in Beijing to halt this cruel killing method as a matter of urgency.

The burying alive of animals is clearly horrific. It is in breach of the international OIE (World Organisation for Animal Health) standards on the Killing of Animals for Disease Control Purposes.

There is a long history in several countries of the use of inhumane methods to kill animals when authorities want to halt the spread of a disease. In 2013, tens of thousands of newly hatched poultry were killed by being immersed in boiling water, in China’s Guangdong province during the outbreak of bird flu. Also in 2013, footage showed pigs apparently being burned alive in Russia to control the spread of African Swine Fever.

We stand ready to advise any country faced with needing to kill animals in the event of a disease outbreak as to the most humane methods available.

Bulgaria IS a member state of the European Union.  As such, it is required to adhere to Regulation 1/2005 for the welfare of animals when any livestock is being transported.

This expose shows again that the EU has no control over the transport of live animals; and what’s more, it does not care. Flashy new videos and driver guides etc; which amount to nothing – no changes.  The EU Commission passes the buck of any responsibility back to the member state involved.    The EU just wipe their hands of the situation and turn the other way.   I have experienced this for over 25 years investigating live animal transport within Europe.  Nothing changes despite what the EU thinks. – Mark

Eyewitness: 40 Pigs Thrown Into the Sea in Animal Transport Horror

Dramatic video footage of live-animal transport reveals that pigs suffered and died in the summer heat during a four-day ferry journey.

PETA Germany received the footage, which was shot by an eyewitness on the vessel between 24 and 28 July 2018, showing lorries loaded with pigs being transported by ferry from Bulgaria to Georgia.

So far, it’s not known where the pigs were farmed.

According to the eyewitness, the animals were given no water or food while on board and, because the lorries were in the blazing sun, were subjected to extreme temperatures. Weak pigs were left to suffer, receiving no veterinary care. The eyewitness saw 40 ill or dead pigs being taken from the lorries and thrown into the sea.

PETA Germany is currently unable to report the companies responsible for these animals’ suffering to authorities because it hasn’t received enough information to do so. But the group has written to the Bulgarian and Georgian authorities to inform them of the incident and to call for an investigation.

Every week, more than a billion live animals worldwide are transported over long distances, often through blazing heat or freezing cold and without food, water, or veterinary care – as if they were nothing more than freight. Their gruelling journeys typically end at an abattoir, where they face a terrifying death. Others end up in pet shop displays or laboratory cages.

The best way to help animals is never to buy them or their body parts for any reason, but we can also help reduce their suffering by taking action now to call for an end to cruel live-animal transport.

PETA Germany is campaigning against long-distance transport to non-EU countries (page in German). And closer to home, PETA UK is asking Ireland to end the live export of cows.

Last year, an estimated 30,000 cows were forced to make long, harrowing journeys from Ireland to Turkey, sometimes in temperatures of up to 41.5 degrees. Exhaustion, dehydration, and death are common during these trips. Ireland plans to export 50,000 cows this year. Contact the country’s Minister for Agriculture, Food and the Marine to let him know that live export is incompatible with animal welfare and must come to an end.