In the second week of November, each year takes place a torture act in the city of Medinaceli, in Spain, which reminds us strongly of the Middle Ages. 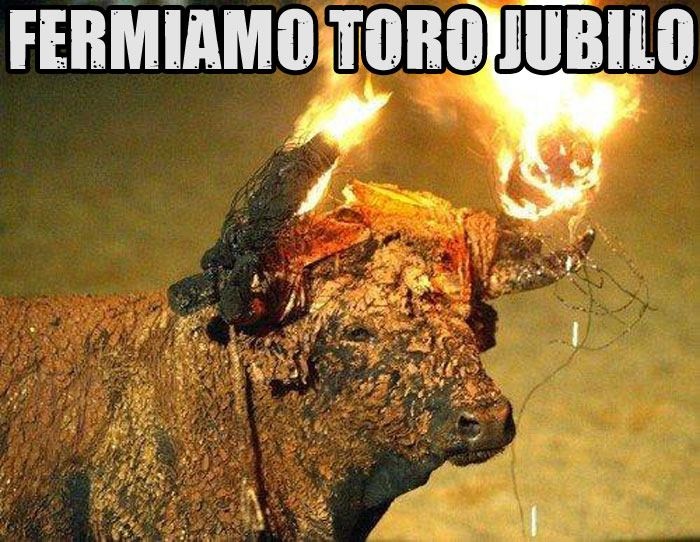 Tar lumps are glued to the horns of a bull, and then the mob sets fire on it.
“Toro de Fuego” – the “burning bull”-, the animal is called solemn and shortly thereafter is hunted through the streets. The bulls are in such pain that they run against walls in a desperate attempt to extinguish the fire. But no chance: the fire burns them for hours the horns, the eyes, the body. Because tar is not easy to extinguish: it’s a sticky lump of tar or turpentine. A sight that would make civilized and empathetic people shudder.

The barbaric scenes can be seen in video. 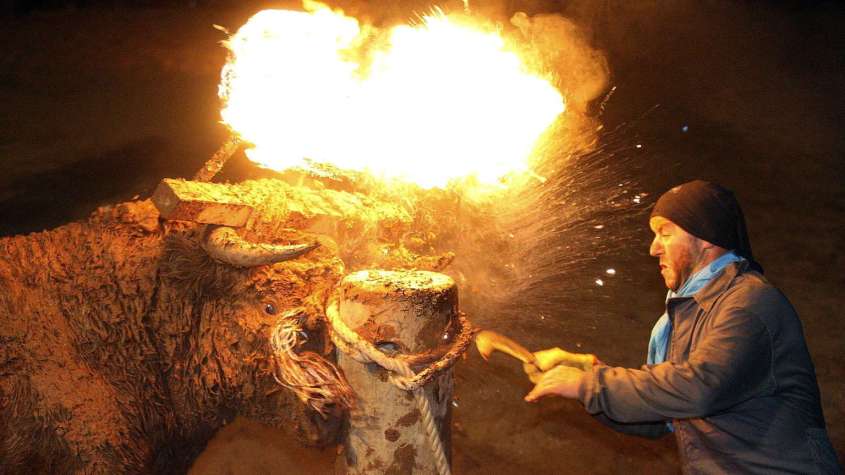 This perverse form of “culture” and “tradition” is being clapped, cheered and celebrated by brain-sick proletarians.

If one is enthusiastic and can enjoy, how an innocent and completely defenseless animal suffers and is tortured with fire to death, one is no more than a miserable monster, and has not even earned his own human rights.

At the end of the barbaric spectacle, the victim either succumbs to his injuries or is killed for a subsequent feast dinner! 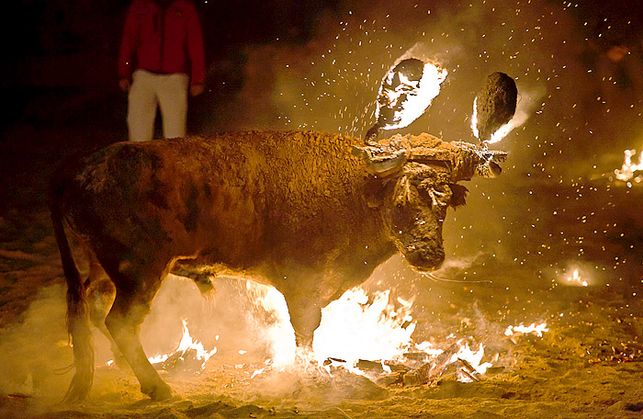 As the Pisa study shows, Spain is at the back end of education in Europe; This is also noticeable in the fact, that traditions from the Middle Ages are perceived with enthusiasm, which would only scare and disgust every other educated person.

Animal welfare organizations such as ‘PETA’ have long been campaigning against animal feast festivals like this one. But the use bears little fruit.

PETA has launched an online petition since 2014. Please sign!