WAV Comment – For those of you who are NOT in the UK; the M25 is the orbital motorway which circumnavigates London town.  A very busy road all of the time.  All the horses were eventually rounded up and moved to a safe location.  No killings and shootings of the animals by the police as we may see in other EU nations.  A bit of disruption, but expect many commuters were pleased to have some different cabaret on their morning commute.

Drivers were brought to a standstill on the M25 this morning, after a group of horses got loose on the carriageway in Hertfordshire.

Astonished commuters snapped these pictures, as police chased the animals to get them out of the road. 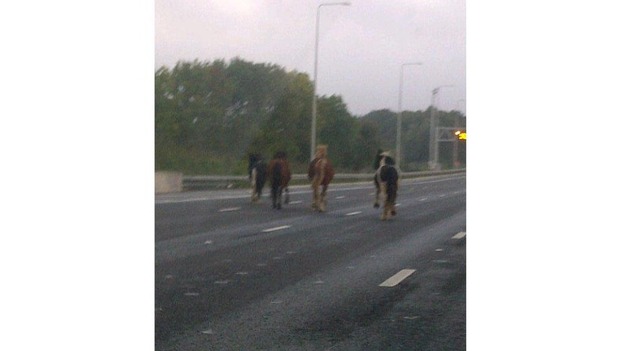