PLEASE SIGN: Justice for Baby Elephant Cruelly Tied Up And Left to Die 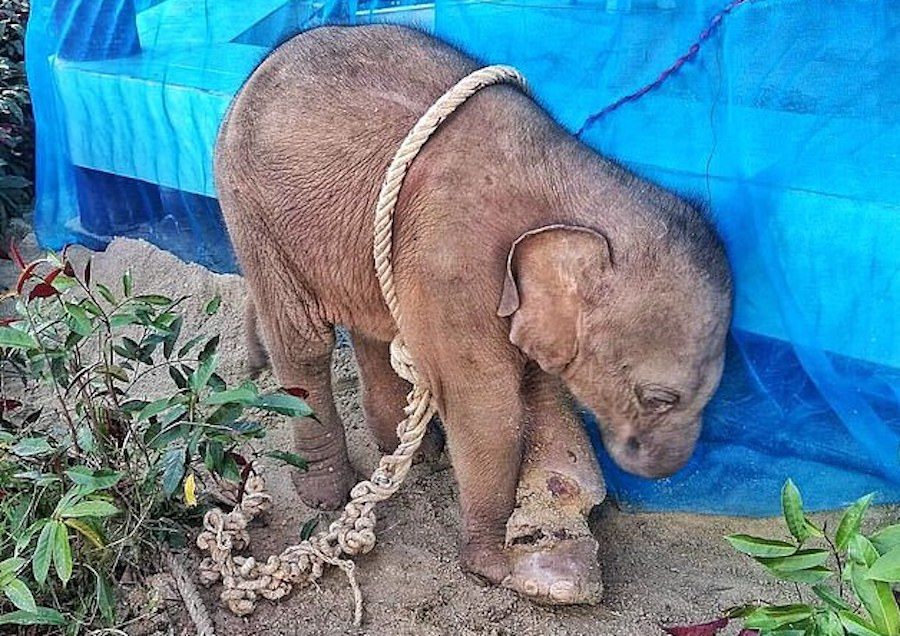 In a ruthless display of cruelty, a hunter in Rayon, eastern Thailand, tied a one-month-old elephant up with rope and abandoned the helpless animal to die, slowly and excruciatingly.

By the time villagers found the baby, she was starving and could barely stand. The rope cut so deep into her ankle, the skin was dead and the bone exposed. She had gone days or more without a drop of her mother’s milk. Nobody knows how long she was left to suffer, terrified, alone and hungry.

Rescuers — who named the baby Baitong — cut off her foot in a desperate attempt to stop the infection, and tried every other measure to save the weak, injured animal. Sadly, nothing could undo the damage, and Baitong died.

Such brutal treatment of an animal is unacceptable, and authorities must make it clear that committing acts of cruelty and murder against elephants will not be tolerated. Elephants are an endangered species that must be protected — and neither hunters nor anyone else should get away with such vile acts of abuse.

Sign this petition to urge officials of Thailand to investigate this case thoroughly and prosecute all parties involved in the torture and death of this beautiful baby elephant.