We have not been asked to do this, it is my (Mark) personal aim that here I cover a few points about this site over which I feel I need to try and clarify.  They are:

WAV was founded by Venus and myself in 2018 with the sole intention of doing what it says on the tin – being a ‘World Animals Voice’ – highlighting the abuses and suffering of animals across the globe due to the cruelty of the human species.

Whenever we publish articles (posts) onto this site; we go out of our way to reproduce the original sources of data from which the article was written.  We don’t make up fantasy posts; ours are produced only from information provided by credible sources worldwide – hence the references from same we always try to give.

We aim to produce photographs and (if applicable) videos which reflect the topic being discussed for you.

As you can see from this (WAV) or our SAV site; we never ask for donations or have a ‘donation’ link.  We are self funded. All work on this site is undertaken on a purely voluntary basis by individuals who care about animal welfare.

Regarding ‘copyright’ of photographs, as an example we want to show you the following to try and explain how difficult things are nowdays. So, we simply (today 29/1/19) go to ‘Google Images’ – we type in ‘Serbian Animals’ and we are immediately presented with a huge range of images.

Try it via this link of same which shows what we get simply stating ‘Serbian Animals’:

You can see that many of the images shown via the above link are officially credited to ‘Serbian Animals Voice’ (SAV) or ‘Balkans Animal Suffering’ – SAV is the sister site we own and run in addition to WAV and you can visit it here:

So the images credited to us are officially ‘our’ images – and they are; all part of our work within the Balkans; but via Google we have no control over their publishing or who uses them for any work; it is simply impossible for us to track back and see.

So we have to accept that our ‘official’ images may be used by other parties with or without our knowledge.  We accept that as the way media works in the fast world of 2019.

Whenever we do use photographs from other sources on our WAV / SAV sites; we attempt very much to use same imaging from the international media sources; and to credit them where we can.  Sometimes if no images are available; we do use Google image search to obtain images.  This (Google) is not a special site; but is one which is open to all members of the public.  Anyone can use it for images of a subject that they wish.

When we do use Google images; if the originator is known; then as described above; we will reproduce the source of the image and try to declare to whom it belongs.

As a generalisation; and in some circumstances, it is possible to use copyright-protected work without infringing the owner’s copyright. For more about this, you may wish to learn about fair use on the Google site. It is important to note that content can be removed in response to a claim of copyright infringement, even if we have…

To date; and with over 13 years experience in running sites such as this; we have never been involved with any copyright infringement dispute issues.  We hope it stays that way; that is our intention.  On the other hand; many of ‘our own’ (master) original source images (especially relating to Serbia strays and live animal exports) have also been used by other parties in their publishing; and are visible for all to see on Google.

We don’t really have a problem with this; but would say:  It is impossible nowdays to check where your data is being used, and by whom.  Our photos are there on sites such as Google; not by our personal wish, but simply as ‘part of the modern system’, and we really have no control or means of controlling how, when and where they are used.  Such is the world of internet and electronic media in 2019.

Overall we have no real gripe.  We will continue to use video and images on these WAV / SAV sites; giving credit references or originality references whenever possible if they are known to us.

This is just an issue that I want to share with everybody – I hope you understand our (WAV) situation regarding photographs; which do often; make a story just that little bit better. 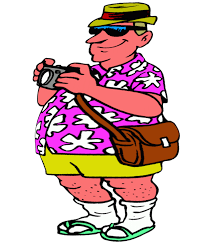