Above – the ‘Polaris 2’ and one of the dead cows washed up on the beach.

These incidents expose the reality of the live animal export business. Tossing the animals overboard with the hope that they will sink or be eaten by sharks etc. Here it has all gone wrong. The 3 photos of the ‘Polaris 2’ are from our archives and are not associated with the article referenced.  Mark – WAV.

At least three dead cows have washed up on beaches in the Canary Islands over the last week.

The latest one was found near El Medano on the island of Tenerife, while another washed up near Granadilla de Abona. A third was discovered by fishermen at sea.

A man was filmed as he pulled the decomposing remains onto the beach with the aid of a jet ski rider.

The carcass was picked up by council workers and taken to a landfill site.

The bovine bodies come from ships transporting cattle from South America which throw the corpses of animals overboard if they die during transit.

The cadavers may have been thrown from the Polaris 2, a cattle ship operating under a Panamanian flag, local media reported, although The Independent could not independently verify this.

Known as a “stink boat”, the ship regularly transports livestock from South America to Europe or North Africa.

It left Rio Grande in Argentina on 22 March and is due to pass the Canary Islands before it arrives at the Port of Ceuta on 4 April, according to the SE12 Canarias news channel.

The Canary Islands’ Ministry of Agriculture said the three dead cows “come with all certainty from one of these boats that transport the herds of cattle from the American continent, animals that in all probability died on board and were thrown into the sea”.

Such a move “is prohibited by international law”, the general director of livestock, David de Vera told the radio station.

He said the international protocol was for animals that die during crossings to “be treated like any other waste” and incinerated on board or disposed of once the ship reaches port.

In 2016, the Polaris 2 had to request to dock in the Port of Santa Cruz de Tenerife after it ran out of food for the animals.

A veterinary inspection also forced the slaughter of 300 cattle.

The cook is vegetarian.
You have to prepare the chicken yourself. 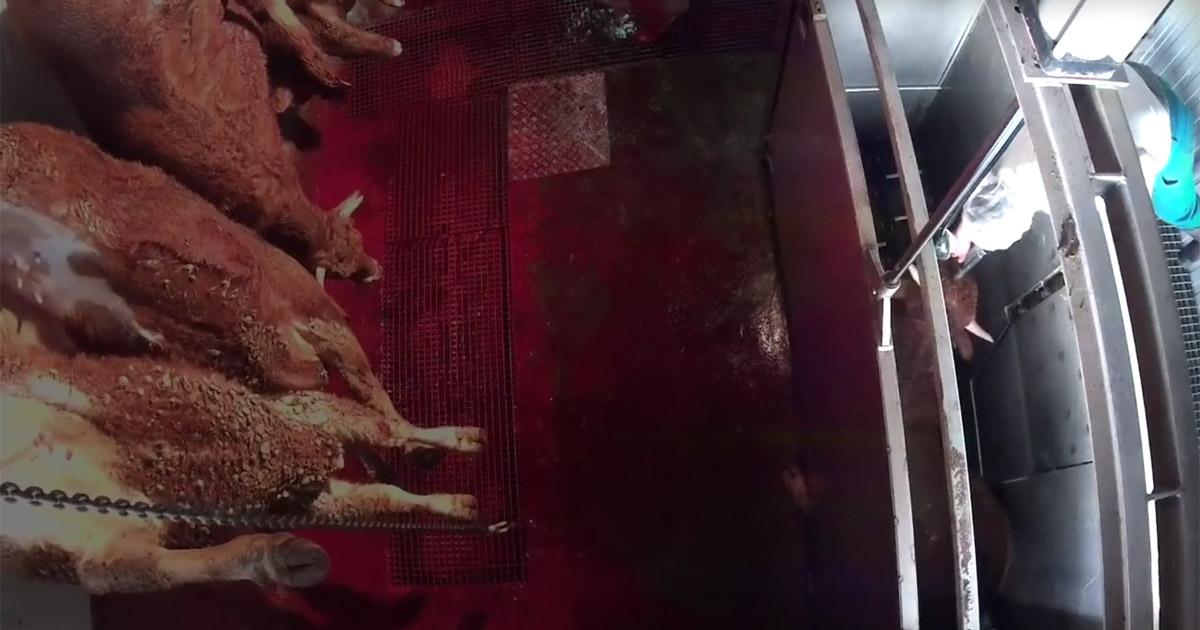 Greater controls in the slaughterhouses of Spain!

I have seen the video where legs are amputated and the throats of animals are cut without being stunned while they are fully conscious and disgusted me. This animal abuse of cows and lambs in a slaughterhouse in Ávila is unforgivable and must be punished, because there is a Law.

Paul McAuley, 71, had helped Amazon tribes fight against the onslaught of oil and gas companies.

Born in Portsmouth, McAuley was a lay Catholic brother with the De La Salle teaching order. He came to the world’s attention in 2010 when Peru ordered his expulsion for helping Amazon tribes to fight back against the onslaught of oil and gas companies invading the rainforest.

During these contests, participants compete to kill the greatest number, the largest or even the smallest coyotes for entertainment and prizes. At least 30 such contests are known to take place annually in New Mexico.

The bill, SB 76, was spearheaded by state senators Mark Moores (R-Albuquerque) and Jeff Steinborn (D-Las Cruces). The bill was carried on the House floor by Rep. Matthew McQueen (D-Galisteo).

“Killing contests are just blood sports. All they are about is killing as many animals as you can, and not about protecting livestock or property,” said Sen Moores. “No one is trying to restrict landowners’ ability to kill offending coyotes, but celebrating mass killing is just not good wildlife management.”

“With the signing of this bill, New Mexico is sending a powerful message that we value our wildlife and humane treatment of them,” said Sen. Steinborn.

“This victory has been nearly two decades in the making, the culmination of a homegrown campaign waged by thousands of dedicated New Mexicans appalled that these gruesome blood sports are hosted in our state,” said Jessica Johnson, chief legislative officer for Animal Protection Voters. “Today, we as a state are taking a giant step toward thoughtful, humane wildlife management and basic human decency.”

“This law makes New Mexico a leader in following sound science in its treatment of wild carnivores,” said Michael Robinson, senior conservation advocate with the Center for Biological Diversity. “We celebrate for coyotes, for endangered wolves that might have been mistakenly killed and for our children learning that humane values are New Mexico values.”

“Coyotes as a species don’t deserve to be vilified. They are important ecosystem managers that regulate populations of rodents and rabbits which are significant competitors for forage with other native herbivores and even livestock,” said Mary Katherine Ray, wildlife chair of the Sierra Club Rio Grande Chapter and long-time resident of rural Socorro county. “The random mass killing of coyotes that occurs with killing competitions is like targeting every cocker spaniel, a similarly sized canine, for death because one may have behaved problematically. The governor was right to sign the bill to stop this.”

“This is a huge victory for New Mexico’s wildlife and New Mexicans,” said Amanda Munro, communications director for the Southwest Environmental Center. “Our wildlife deserves management that reflects broad public opinion, respects all wildlife, and is informed by modern ecological understanding about the value of all species. This bill takes New Mexico a giant step in that direction.”

“These contests are abhorrent and unjustifiable — they are neither hunting nor wildlife management,” said Christopher Smith, southern Rockies wildlife advocate for WildEarth Guardians. “Banning this activity is a step towards science-based and ethical wildlife management and we are grateful to the bill’s sponsors and supporters and the governor.”

We support Harmony Fund with a standing order every month. Our donation, complete with those from thousands of other good people enable Harmony to immediately direct resources into animal crisis situations all over the world.

We would ask everyone to become a supporter of Harmony – for so many years we have been trying to be a voice for street dogs of Serbia; and in this situation, Harmony has stepped forward to supply on going food and support to many.

Here is a link to the latest Harmony newsletter; and you can see what we mean by getting food onto the ground for animals in need.