Click on the following link to view the newsletter in your browser:

Read about diary and Palm Oil via the above link, in addition to ……

The bountiful B vitamins 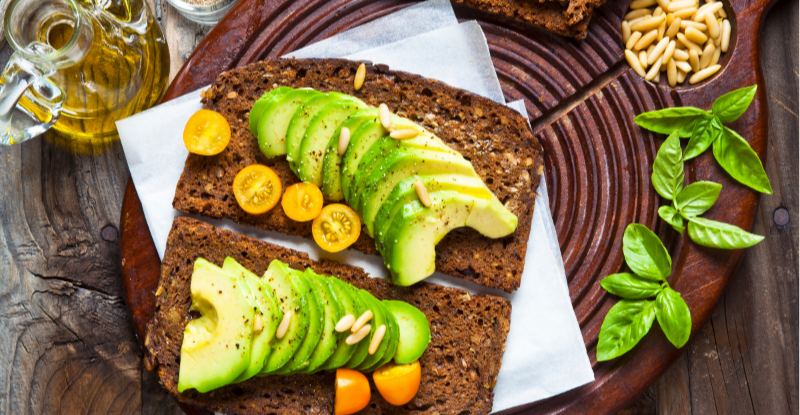 The B vitamins are a collection of eight, water-soluble vitamins essential for a range of important functions in the body. They help release energy from food and are essential for our immune and nervous systems. They are not stored in the body so we need to eat foods that contain them. Why are they so important and which foods contain them?
Read the new feature here

Ham and egg on their faces!

An extensive analysis of studies spanning 50 years and numerous countries was undertaken in order to assess the impact of diet on heart disease risk factors. The diets compared were vegan and omnivorous (meat-eaters)…
What did the study find?

At the Bandera Bacon Bash in Texas, PETA eyewitnesses saw wild young pigs and piglets chased, tackled, dragged around an arena, stuffed into a sack, and terrorized for mere “entertainment.”

The pigs were so scared that many tried to escape by digging under or leaping over barriers, crashing headfirst into metal fencing over and over again.

SIGN: Justice for Kangaroo Beaten with Board in Shocking Snapchat Video

In deeply disturbing footage circulated on social media, two teens brutally beat a kangaroo with a plank of wood as the animal lay injured and helpless on the ground.

The shocking video depicts the young men taking turns to violently swing at the kangaroo’s head, while the person filming the scene laughs.

At one heartbreaking point, the terrified animal raises their paw against the oncoming weapon in an attempt to protect themself from the attack.

After the assault, the teens shared the footage on Snapchat.

The incident reportedly took place in Kalamandu’s Zig Zag trail in Perth. Police and RSPCA are still investigating to find all parties involved.

One of the teens has already handed himself into the police. His father has spoken out in his defense, claiming the boy is an animal lover who was merely trying to put the animal out of its misery after it ran in front of their car.

But it’s hard to believe such a vicious attack, performed with such enjoyment, was any sort of act of mercy. The police must take action to prevent these teens from hurting more animals in the future.

Sign this petition urging the Western Australia Police Force to conduct a thorough investigation, and prosecute all individuals involved to the fullest extent of the law — ensuring they never harm an animal again.

Anyone with information in this case, please contact Crime Stoppers here: https://www.crimestopperswa.com.au/make-report/

Completely burned out: A pigsty had started fire, the 1100 caged animals are burned alive. The cause has now been determined (?)

First registration: April 9, 6:49. Warendorf – Around 19:19 on Monday (April 8), a pigsty of the farm Schwienhorst  (Warendorf, North Rhine-Westphalia area) has caught fire. Whether this is a technical defect or even arson has not yet been determined: the cause is not yet clear.

Around 130 firefighters were on duty and were able to prevent the fire from spreading to the nearby residential building. However, the pigsty burnt down completely in Warendorf: “It killed about 100 mother sows (!!!) and 1000 piglets,” reports the police.

Update: April 9, 12:13 pm. Warendorf – As the police just announced, the cause has now been determined, but there were no indications of a negligent or intentional fire. “The fire may have broken out due to a technical defect,” reports the police. The officials are also correcting the number of burned animals down: it should be around 700 (!!!)

In addition to the forces of the fire brigade, police and ambulance service, the employees of the public order office and the county veterinary office were present at the deployment in Warendorf. In addition, a rescue team had to come to slaughter the injured animals.

“According to initial findings, the damage should amount to just over 500,000 euros,” summarizes the police in Warendorf. The investigations into the cause of the fire continues. (We continue to report).

It is not the first fire in the Münsterland where animals had to die: just a few days ago a pig stall was in flames in Ostbevern. It killed 100 animals. ( Due to this fire, PETA has filed complaint against the operator, note from Venus). The owner of the plant has now been shown. That could now be imminent for the operator of the pig farm in Warendorf.

My Comment: First of all, one thing must be clear: Any animal that dies in a stable in a fire is grossly negligent killed.

The fire protection regulations in the German stables are as good as not regulated. And in addition comes the fact that in most stables the number of slaves animals has an illegal height, so that in case of fire any help comes too late.

We are deeply saddened by the death of 100 mothers who were burned as slaves in a barracks for the purpose of meat production.
We mourn over their 1000 newborn children, who were also born as slaves in the service of the meat machine and were burnt together with their mothers helpless and cruel.

This is how the language of the media works: they present the mass murder of animals as ordinary random events and degrade the victims to objects, so that the perpetrators are relieved in advance.
And if one still does not feel compassion for the “poor” farmer, who is financially ruined by the “unexplained“ burning of 1000 creatures, the amount of 500,000 euros in damage will convince him.
Mass media reports about animals are Conscience Opium for naive people.