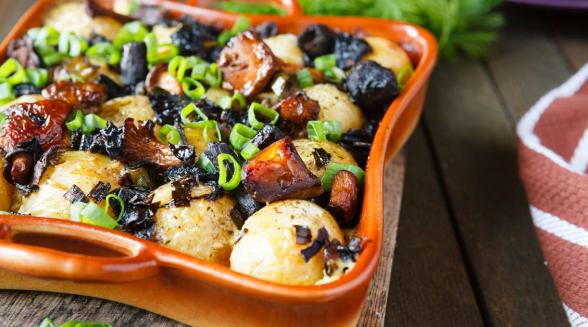 Here is our comprehensive directory of major vegan festivals and events happening around the world. These events are packed with dedicated activists and the best vegan restaurants and food companies in your region. Attending one of these events gives you a wonderful opportunity to sample amazing vegan food, make new friends, and listen to some of the vegan world’s most prominent speakers.

Check out the listing at: 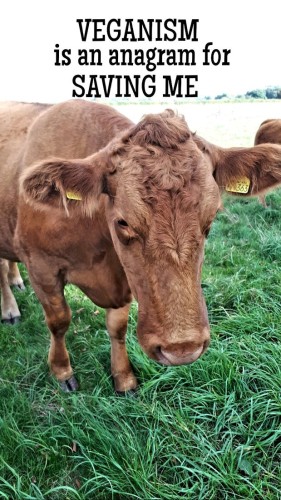 At the end of 2018, some of the judges in Madrid overturned a 2017 Balearic law passed by the left-wing regional government, which inter alia prohibited the injury or killing of the bulls.

This ban was lifted again. The rationale of the judges: Since bullfighting was declared from UNESCO as national cultural asset in 2013,  only the central state could decide on such bans. The regions must therefore not take such decisions on their own authority.

Now the blood spectacle celebrates its comeback to Mallorca thanks to the Spanish corrupt judiciary.

Shortly before the blood of eight bulls in Majorca flowed under the cheers of thousands, there were insults, whistles and tears.
On the Spanish holiday island, the bullfight celebrated a controversial, but successful comeback late Friday evening despite angry protests from animal rights activists.

Pep Berrio (72): “I hope the Torreros are killed by the bulls today.”

At the first “Corrida de Toros” after a two-year compulsory break, the grandstands of the 11,600 spectator arena in the island capital of Palma were well filled.

In front of the arena, around 400 people had already gathered two hours before the start of the event to loudly protest the bloody show.

They beat pots, cursed nearly 30 bullfighting gunmen who organized a counter-demo as “murderers” and fervently chanted slogans like: “Mallorca does not kill, Mallorca protects animals!”, “Culture is not Torture” and “Torero, you coward, we wish you a bad evening!”. Some young demonstrators had tears in their eyes. 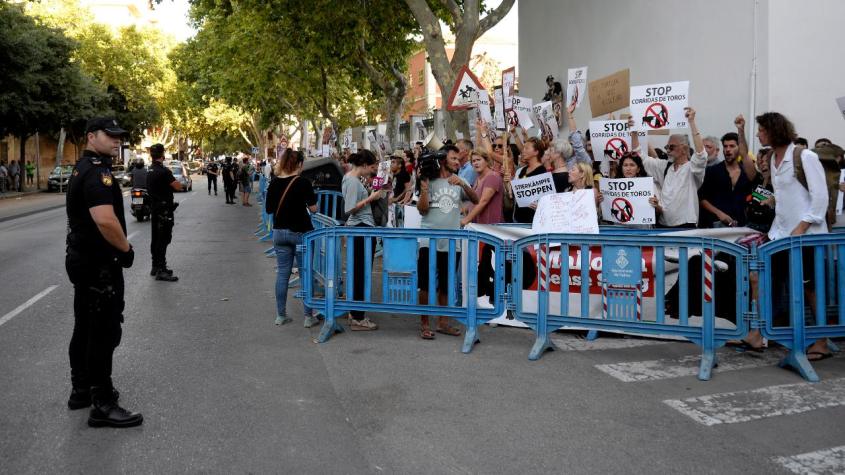 To Spanish folk music, there was a great mood. Whenever one of the matadors tried to reach the heart of the bull with his sword from above, and put the bull to death, the spectators broke out in a particularly loud jubilation. “Oleeeé” and “Bieeen” (Guuuut), came from the stands almost in unison.

After the death of the first bull by the glittering green suit starred Matador Morante de la Puebla (39), who needed five tries with his sword for the death thrust, ran an activist in protest in the arena. “Corridas never again,” read his black chest in black letters. Under abuse of the fans, the young man was but very quickly dragged out by security forces again.

The bullfighting operators are outraged that minors are no longer allowed in the arena and alcohol is no longer being served – these resolutions of 2017 continue to apply in Mallorca.

“These rules make it difficult for the organizers to work economically”(!!!) said a bullfighting operator!

Among the spectators who did not want to miss the appearance of the four star Toreros on Friday, were also many known in Spain politicians of the conservative People’s Party (PP).
For example, the parliamentarian Adolfo Suárez Illana, the son of former Prime Minister Adolfo Suárez González, in the stands.

Bullfighting is big business in Spain. The more than one thousand breeding companies with around 70,000 employees alone generate around 1.5 billion euros each year.

But the number of spectators is declining sharply, in 2018, the number of bullfighting in comparison to the record year 2007 by about 60 percent to 369 back.

Many arenas have therefore been closed in recent years or have been converted into shopping centers, as in Barcelona.

Video: “the art of killing” -What you have just seen – or perhaps you have not been able to look at exactly – is what the Bullfighting Mafia calls “art” and has been protected by UNESCO as a World Heritage Site.

My comment: Is cruelty worth protecting?
If one can inspire and enjoy how innocent and totally defenseless animals suffer and be tortured to death, one is nothing but a miserable monster and has in no way earned anything like his own human rights.

The pseudo-argument of “culture” as a justification of bullfighting is so hollow, in fact false and implausible, that it can not convince anyone with reason and education.

And with this “argument,” the Spanish bullfighting mafia has once again found some idiotic, mentally frail proletarians in politics, who are as stupid as they are, endorsing the new massacre that disgusts civilized humans.

One has to be Spaniards to believe that in a modern Europe, this kind of animal cruelty can exist long term and even with EU funds under the guise of agricultural subsidies.

Maybe the bullfighting mafia, despite its mental limitations, can once engage with Facebook and other social media and then see what the world thinks about this legacy.

95% of all Germans and Europeans can do without this brutal massacre and do not want to have anything to do with its calamity.

Medieval spectacle is not a tradition, it is a business for primitive barbarians!

Every day our rulers preach about how we behave and what is good for us.
These supposedly democratically elected oligarchs of the world are interested in reality a shit for the people, the nature, the environment and least of all for the animals!

They cheat, steal, murder, wage wars, sell weapons to dictators and, when it comes to money, make a deal with every filth in the world.

These are the “democratically” elected governments, such one rules certainly also in the country of this dirty slave owner.

They watch how animals suffer, are raped, enslaved and murdered. The same goes for people and the environment.
I can not see and hear any more these preaching, lying and depraved governments around the world, this scum that could change anything, if it really wanted to…

This misery on the video, the misery of our world, is supported by the oligarchs of governments around the world and the next misery is a discouraged, wordless and cowardly society that cooperates with those at every level, making this misery happen with its indifference, and doing so watching how, bit by bit, all life is abused and exploited.

Where is the decency, the courage, the empathy?
We must finally stop being cowardly and look away !!!!
We have to stop these guys by not giving their crime a voice or a podium.