Jair Bolsonaro’s neglect of the Amazon has made him “the most despised and detested leader” on earth, Brazil’s former environment minister has claimed, as the far-right leader again rebuked French president Emmanuel Macron for challenging his environmental record.

Rubens Ricupero warned Bolsonaro was wreaking havoc on both Brazil’s environment and its global standing, as Bolsonaro used Facebook to scold Macron’s “inappropriate and gratuitous attacks” over the Amazon fires and insult France’s first lady.

“These people are lunatics,” Ricupero said of Bolsonaro’s administration in an interview with the Guardian.

“In my opinion, he has turned himself into the most despised and detested leader in the world. I can’t see anyone else – not even Duterte in the Philippines … not Trump, not anyone – who today provokes so much anger.”

“Never, in more than 50 years of our history, has there been a disaster involving Brazil’s image and the perception of Brazil so serious and probably so irremediable as this one,” added Ricupero, who was also Brazil’s finance minister and ambassador to the United States.

“Even in the military period – when Brazil had a negative image above all because of human rights, torture and disappearances – what went on here never drew so much attention as now.”

On Friday, amid a barrage of domestic and international censure, Bolsonaro ordered Brazilian troops to the Amazon to help contain the conflagration and professed “profound love” for a region environmentalists accuse him of helping destroy.

But Bolsonaro has continued to dismiss the crisis as a campaign of “fake news” and “disinformation” designed to discredit his government.

“We are doing what we can,” the rightwing populist told reporters in the capital, Brasília, on Saturday. “The Amazon is bigger than the whole of Europe. Even if I had 10 million people I wouldn’t be able to prevent [these fires].”

At the G7 summit, Macron is pushing for world powers to help put out the fires and fund reforestation and management projects in the Amazon.

Ricupero, Brazil’s minister for the environment and the Amazon in the early 1990s, admitted fighting illegal deforestation was a massive task in a sprawling region where the government’s presence was limited and environmental criminals often armed and dangerous.

“It’s a wild west like in the American films,” Ricupero said of the Amazon. “[It’s not like] Sussex or East Anglia … Even in the best circumstances – even when a government is determined to enforce the law – it is an uphill struggle.”

But Ricupero accused Bolsonaro’s government of simply “folding its arms” when it came to protecting the Amazon, giving criminals a carte blanche to destroy by undermining Brazil’s environmental agency, Ibama.

“[Bolsonaro] has the same mentality as the military rulers in the 1970s: that the Amazon should be colonzied and become soy plantations and cattle ranches,” Ricupero said.

“In the 1970s the government had a slogan: ‘Amazonia will be colonized by hooves of cows’. They never accepted the idea that the Amazon had to be preserved. They see no reason for the forest not to be chopped down and replaced with agriculture and mining. This is his [Bolsonaro’s] mindset.”

Marina Silva, Brazil’s environment minister from 2003 until 2008, said she felt “deep sadness and anger” at the devastation unfolding in the region where she was born and raised.

Silva agreed Amazon destruction was not a new phenomenon.

“We’ve had fires and deforestation under every government – but with the difference that [before] you had environment ministers … who were genuinely committed to protecting the forests, biodiversity and our water resources,” Silva said.

Ricupero said: “He isn’t a minister – he’s an anti-minister. He’s the opposite of what a minister should be.”

Ricupero said he feared Bolsonaro’s antagonistic reaction to European criticism meant international cooperation to control the destruction would be hard.

Only “the fear of economic consequences” – such as a boycott of Brazilian products or the halting of a trade deal with the EU – were likely to make Bolsonaro’s Brazil change course. “If nothing concrete happens, beyond the complaints … this will continue getting worse,” he predicted.

Bolsonaro continued his attacks on Macron on Saturday, accusing the French president of treating Brazil like “a colony or a no man’s land”.

Ricupero said: “The impression I have right now is that Brazil is committing suicide. That the president himself is ‘suiciding’ the country. It is a strong expression – but it’s what I feel. Destroying your own patrimony is tantamount to suicide.”

“If you save an animal, you do not change the world.
But for this one, the whole world is changing” the ALF said.

And so it is.
Only very often we want to help, but we don`t know how.
Especially with wild animals, the danger is great that we do something wrong, which brings negative results for us as well as for the animal.

First aid for animals, just like first aid to human animals, should be instructed in the school, only so can a child develop early empathy for animals.

In addition, in school education, a clear mission should be taken: to teach children to be sensitive and active against any animal’s suffering.

Instead of it,  it has been observed for some time in Germany that hobby hunters in childrens’ gardens and schools run a sect-like image campaign with the aim of introducing animal-loving children to the cruel hobby.

The manipulation of the children follows a playful method and is advertised as a conservation project, real backgrounds and outgrowths of hunting are played down, falsified or simply concealed.
The hunters are aware that the sneaky and mendacious hunting and the atrocities that  are associated with it, meet with ever greater rejection within society, and therefore they want  in educational institutions to teach children to hunt, so that they can win prospects for the future.

That is not yet the case in Germany, but there is already an infiltration in the school system by hunters.

All who have children should show them the nice video!
So that they learn what a trap is, and that it is mostly provided by those who want to teach them the love of hunting at school.

WAV Comment – if it is the EU then there has to be a ‘strategy’. Lets hope that more is done by the EU on this global destruction than all the promises they gave us about taking firm action against Romania and the export of 70,000 live sheep to the Middle East in temperatures which well exceeded the EU’s very on regulations on the ‘protection’ of live animals in transport.  Like all things, some member states of the EU will do whatever they can to adhere to the rules; others (like Romania) will not give a damn and probably do almost nothing – except take whatever they can in EU financial handouts that is.  We have an ‘EU Strategy’ – it is basically called enforcing all members states to follow the rules; otherwise they are punished hard ! – this has yet to be adopted.

Plastics are an important material in our economy, and modern daily life is unthinkable without them. At the same time however, they can have serious downsides on the environment and health. Action on plastics was identified as a priority in the Circular Economy Action Plan, to help European businesses and consumers to use resources in a more sustainable way.

The first-ever European Strategy for Plastics in a Circular Economy adopted on January 2018 will transform the way plastic products are designed, used, produced and recycled in the EU. Better design of plastic products, higher plastic waste recycling rates, more and better quality recyclates will help boosting the market for recycled plastics. It will deliver greater added value for a more competitive, resilient plastics industry.

The strategy is part of Europe’s transition towards a circular economy, and will also contribute to reaching the Sustainable Development Goals, the global climate commitments and the EU’s industrial policy objectives. This strategy will help protect our environment, reduce marine litter, greenhouse gas emissions and our dependence on imported fossil fuels. It will support more sustainable and safer consumption and production patterns for plastics.

Proposal for a single-use plastics directive

The European Commission proposed on May 2018 new EU-wide rules to target the 10 single-use plastic products most often found on Europe’s beaches and seas, as well as lost and bandoned fishing gear. Together these constitute 70% of all marine litter items.

The conference “Reinventing Plastics – Closing the Circle” took place the 26th September 2017 in Brussels and was an important opportunity to explore issues and potential solutions to be proposed in the plastics strategy.

My only regret; why it took so long💔
Why I decided that being #vegetarian was a good #compromise🤔
I dodged the #truth pretending that #dairy & #eggs are benign when nothing else involving #animals is🤔
You only regret the days you decided not to be #vegan🐾💕
And so do they🐄💔 pic.twitter.com/N72WzIzAdT

There is no need for baby calves to be separated from distraught mothers just hours after they are born.   Above is the cruelty of the diary industry.  Here below are alternatives which do not include animal abuse.  Try it.

Made with fresh almond milk, you'll fall in love with the 100% plant-based froyo at @yoga_urt! 🍦😍 pic.twitter.com/xM9cKL3oot

The clearing of rainforest by ranchers to produce yet more land for rearing beef is now regarded as the main factor why there are currently so many uncontrolled fires in the Amazon.  Thousands of animals and species destroyed by man for want of a burger or steak.  Do you want to be part of that destruction process ? 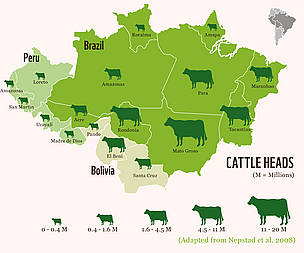 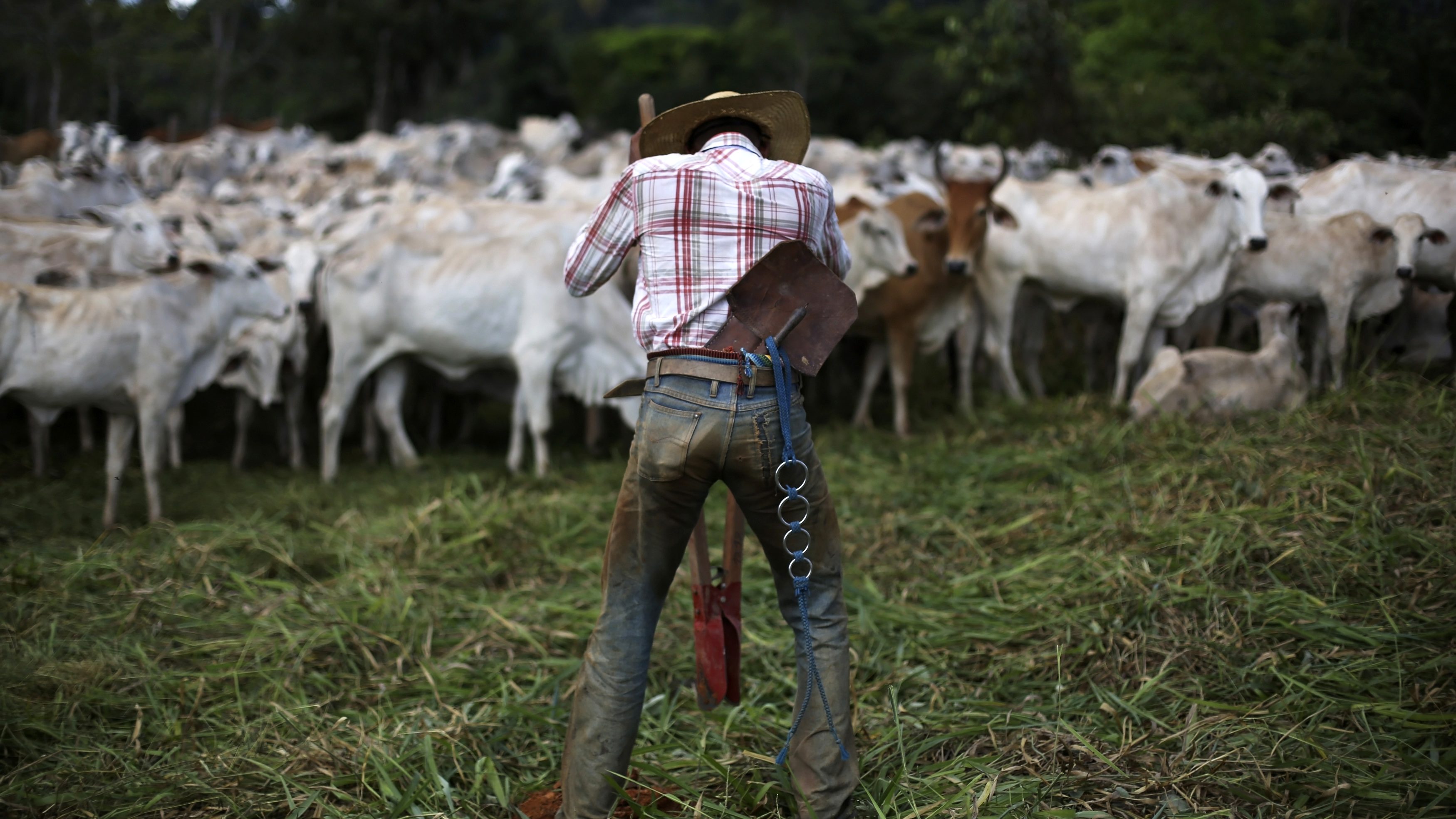