A loophole in international animal trade regulations allows trophy hunters to legally kill animals deemed as extinct in the wild. And they’re doing it with the blessing of the US and U.K. governments, as revealed by the Campaign to Ban Trophy Hunting.

The Convention on International Trade in Endangered Species (CITES) is a trade agreement between world governments. CITES classifies animals into three appendices, and Appendix 1 contains the most critically endangered species. However, instead of protecting these magnificent creatures, CITES awards permits to trophy hunters to brutally murder them for fun.

Trading nearly extinct animals listed in Appendix 1 is banned except when it comes to killing them for “commercial purposes”.

Approximately 2,500 endangered species trophies have been imported into the U.K. between 2004 and 2014 because of this loophole. 2,500 animals that should have been protected, but instead were legally murdered in the name of entertainment.

Even more sickening, ranch owners in the US are breeding animals classified as extinct for the sole purpose of selling them as paid trophy ‘hunts’ for profit.

Several animals declared as extinct are advertised at captive hunting ranges, such as the scimitar-horned oryx and Père David’s deer. The federal government regulates this industry and issues permits through various treaties, including CITES.

“The domestic wildlife trade is the dirty underbelly of the trophy hunting industry,” said Kitty Block, CEO of the Humane Society of the United States. Block told CBS News that “Animals are fenced-in, hand-reared, hand-fed, and they’re baited so food is out when hunters come. Hunters are then driven up to the area where animal is eating and they’re shot there.”

Despite these horrific revelations, CITES is an important global animal trade regulator. Before CITES, wildlife trade was unrestrained. Animals that were killed and exported illegally from one country could easily be imported legally into another.

It’s time to do better than lax regulations that legally permit trophy hunters to kill animals declared as extinct for cruel entertainment.

We must close these loopholes and urge CITES to stop issuing legal permits allowing trophy hunters to kill the world’s rarest exotic animals. They deserve our protection and should not be pawns in a sick game.

CITES international conference started last weekend in Geneva and runs for 2 weeks. There, delegates from 180 countries will deliberate changes to the rules. 50 Members of the European Parliament have already written to Ivonne Higuero, secretary-general of CITES, urging her to close down these loopholes.

We can make demands too. Join us in speaking out against allowing hunters to mercilessly murder nearly extinct animals by emailing the head of CITES Ivonne Higuero at info@cites.org.

Elephants are among the endangered species in Myanmar. The government in Myanmar estimates that there are currently only about 2,000 wild elephants in Myanmar’s jungle.
Already a few years ago the (www.Netzfrauen.org) reported on the terrible trade in Asian elephant skins – for jewelry and traditional medicine. The skin of the elephants is painstakingly removed and sold for traditional Chinese healing methods. New research has now revealed that illegal trade has spread throughout Southeast Asia. The skin of elephants is burned in a clay pot and the ash is mixed with coconut oil. This cream is supposed to help against eczema

According to the new “Elephant Family” Report, the burgeoning Myanmar industry seems to have spread to a greater part of Southeast Asia, including not just China, but also Laos, Vietnam and Cambodia. The pearls are sold in Myanmar and China and skin products for traditional healing methods in all five countries.

The previous report of the “Elephant Family”, published in April 2018, showed that at least initially one person seemed to be behind the pearl trade.
This trader, whom they called “Jaz,” posted about pearls in an online discussion forum in 2014.
“Twenty-three follow-up responses showed that trade in elephant skin pearls was new and poorly understood,” the report said.
The elephant beads are made in the style of traditional Chinese collectibles known as Wenwan. Who exactly wants them, is unknown.

The strong smell is the only thing that prevents men and women from converting the subcutaneous fat of freshly slaughtered elephants into ruby-red pearls. It is harmful. The vapors are grueling because the workers in China have to harden the fat for hours, then polish the translucent fat pearls that often do not maintain their shape.
A trader told investigators at Elephant Family, a London-based conservation group, that it took him a full day to make a pearl. There was also another problem: the fat beads were not very durable when in contact with human skin.

And yet this trade is booming, as can be read on elephant-family.org.

Elephant populations are sinking dramatically and poaching has increased tenfold in recent years, the government in Myanmar announced after demand for ivory and elephant skin has risen.

Increasingly slaughtered elephants are found whose skin has been stripped off, which is used for traditional medicine or for jewelry. Part of it is sold on local markets, but the vast majority goes to neighboring China, which has an inexhaustible taste for exotic animals, the government said.

The skin of elephants has become the latest fad of traditional remedies in China. In the shops, the skin is sold as devotees (the devotees). There is almost everything, whether as skin or pieces of ivory. In addition, tiger teeth come with bear oil.

Not only is the skin brutally peeled off by elephants and sold, but their habitats also disappear.
Myanmar lost nearly 20 percent of its forests between 1990 and 2010. Since Myanmar’s military rule ended in 1962, the country has become attractive to foreign corporations.

As in other countries, Myanmar has also been discovered for the cultivation of palm oil. Other countries like Thailand use the land in Myanmar for agriculture. Likewise, mining companies have opened the hunt for raw materials.

Even before Myanmar opened its borders in 2011, elephants were smuggled into neighboring countries for tourism.
Already in 2008, the illegal trade in Thailand and China was revealed. There are found 9000 pieces of ivory and 16 whole tusks that were offered for sale. On a total of 14 markets and three border markets in Thailand and China, one was looking for.
By 2008, in just a few years, there were about 250 live Asian elephants smuggled out of Myanmar. But now these cruel deeds are so frightening that even the government in Myanmar no longer wants to stand idly by.

My comment: “The earth has a skin; and this skin has diseases. One of these diseases is called “human,” said Nitzsche.
It is not the eczema the disease, that some people need to heal, but their sick brains, who believe in the charlatanry of the Chinese and thus massacre thousands of loving and peaceful animals.

Subject: Amazon – EU trade deal with the Americas (Sum of Us petition)

the Amazon rainforest. We can stop this from happening:

Threatened giraffes are however, given protection from unregulated trade for first time ever

As Ricky says – the asshole gets a new asshole ! 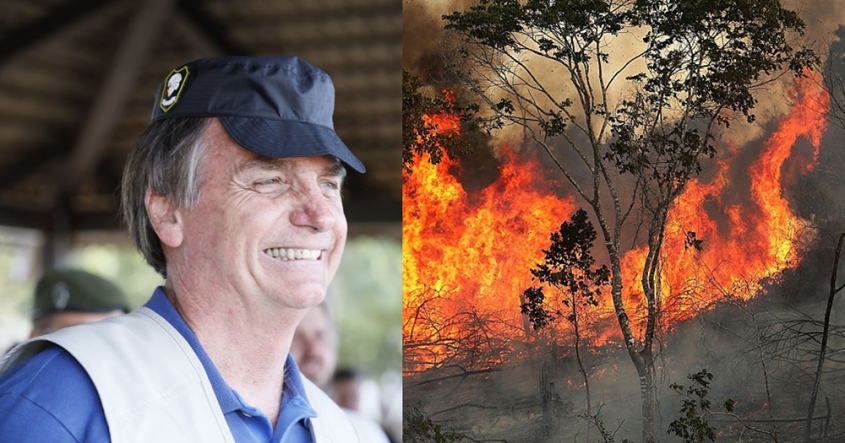 Protesters have laid siege to Brazilian embassies around the world as international outrage over Jair Bolsonaro’s failure to protect the Amazon intensified and supporters maligned critics of the Brazilian president as leftist conspirators.

Hundreds of demonstrators gathered outside Brazil’s embassy in central London on Friday with placards reading: “The planet deserves better” and “Our house is on fire”.

“Bolsonaro wants to destroy the forest … and we do not want this,” one indigenous leader from Brazil told the crowd.

There were also rallies outside Brazil’s embassies in Mexico City and Paris, where demonstrators reportedly carried banners reading: “Fora Bolsonaro!” or “Bolsonaro, out!”

Protesters also surrounded the Brazilian consulate in Geneva while further marches were planned in cities including Adelaide, Lisbon, Stockholm, Boston and Florida.

Brazil’s far-right president has rejected the international outcry over the fires raging in the Amazon and his stance on the environment.

Bolsonaro on Thursday painted the barrage of criticism as part of a foreign conspiracy that might eventually be used to justify a foreign “intervention” in the Amazon.

“This happens all over the world, it’s not just in Brazil,” he said of the fires decimating the world’s largest tropical rainforest.

Bolsonaro’s politician son, Eduardo, claimed criticism of his father was part of an international intrigue designed to damage his government.

“The GLOBAL left has come together in a clear attack against president Jair Bolsonaro,” he tweeted.

Rômulo Batista, a Greenpeace campaigner in the Amazon, said such claims – and Bolsonaro’s baseless insinuation that NGOs were behind the fires – were merely an attempt to deflect from Bolsonaro’s own responsibility for the environment calamity. “He is trying to hide behind a smokescreen,” Batista said.

In Brazil, demonstrators were preparing to mobilize for a weekend of protests in cities including Rio de Janeiro, Salvador, Curitiba, Recife and the Amazon city of Manaus.

“Almost everyone I know will go,” said Frederico Svoboda, 18, a history student from the Federal University of Rio de Janeiro.

“I believe that if there is not international pressure to force the government to deal with the fires and guarantee the protection of biodiversity and indigenous peoples there could be climate disasters in Brazil and maybe South America.”

People around the world should “pressure the Brazilian government to act”, Svoboda added.

Anna Mello, a 24-year-old biologist, said she would march in the north-eastern city of Recife.

“For me this is surreal, I can’t believe it is happening. It is absurd that … people can support this as if it were totally normal rather than a crime and something that might affect the whole of humanity.”

Writing in the O Globo newspaper, the columnist Bernando Mello Franco said that thanks to Bolsonaro, “Brazil is on track to go back to being seen as an environmental pariah”.

If you wish to contact your local Brazilian embassy, then please use the following link: 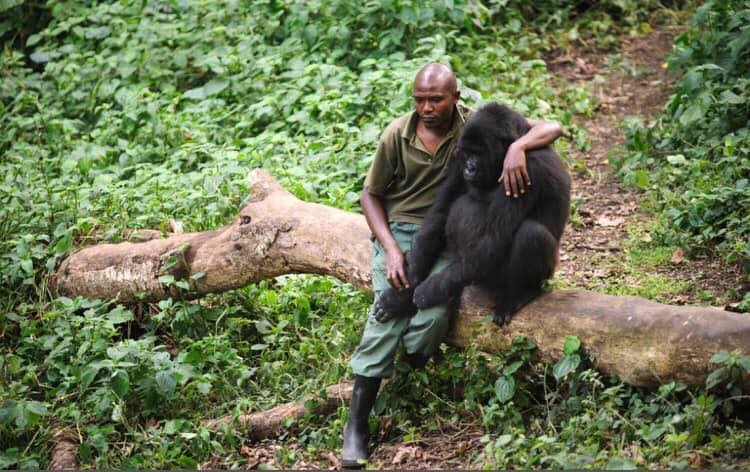 Generously, one is ready to reproach “animal friends” with so much “craziness” – just BECAUSE they are “animal friends” and thus at least slightly crazy: that they spend too much time on animals, that they love animals too much (“dog fool”, Cats fool “, etc.) and much more.
In a reproach, however, any understanding finds a sudden end: “They love the animals more than the people!” As soon as this capital crime is first suspected, one has immediately squandered all credit and sympathy! Why?

1) Anyone who assumes as a matter of course that one must value people more than animals, answers prematurely a question that should be reasonably first asked and discussed: WHY should people be more valuable in any case?

2) The demand for people to love people more than animals can also be seen as an invitation to a very bad habit: as an invitation to partiality.
By partiality is meant a bias against “strangers”. This is basically a classic ANTI ethics approach -because ethics is just about questioning and overcoming partisanship.

3) After the experience, we know that many animals are morally superior to many people, at least not morally inferior: The mere human moral ability, that means the ability to distinguish and decide between good and evil, is still no merit.
Somebody deserves that only when he positively USE this ability, that is, actually decides for the good.
On the other hand, the ability to moralize creates the danger of morally failing, that is, of deciding to do evil. 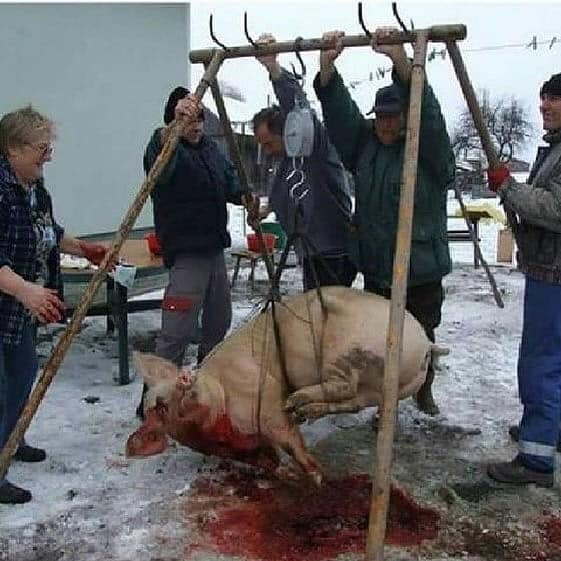 Moral ability does not mean moral superiority automatically, but involves the danger of becoming morally inferior – inferior to those who are not capable of morality. (If and to what extent certain animals are capable of morality, we will not discuss in this context.)

4) Who does not close his eyes, ears, brain and heart, to how horribly people treat animals, this one must love the animals more than the people who tyrannize, torture and kill these innocent animals!