Generously, one is ready to reproach “animal friends” with so much “craziness” – just BECAUSE they are “animal friends” and thus at least slightly crazy: that they spend too much time on animals, that they love animals too much (“dog fool”, Cats fool “, etc.) and much more.
In a reproach, however, any understanding finds a sudden end: “They love the animals more than the people!” As soon as this capital crime is first suspected, one has immediately squandered all credit and sympathy! Why?

1) Anyone who assumes as a matter of course that one must value people more than animals, answers prematurely a question that should be reasonably first asked and discussed: WHY should people be more valuable in any case?

2) The demand for people to love people more than animals can also be seen as an invitation to a very bad habit: as an invitation to partiality.
By partiality is meant a bias against “strangers”. This is basically a classic ANTI ethics approach -because ethics is just about questioning and overcoming partisanship. 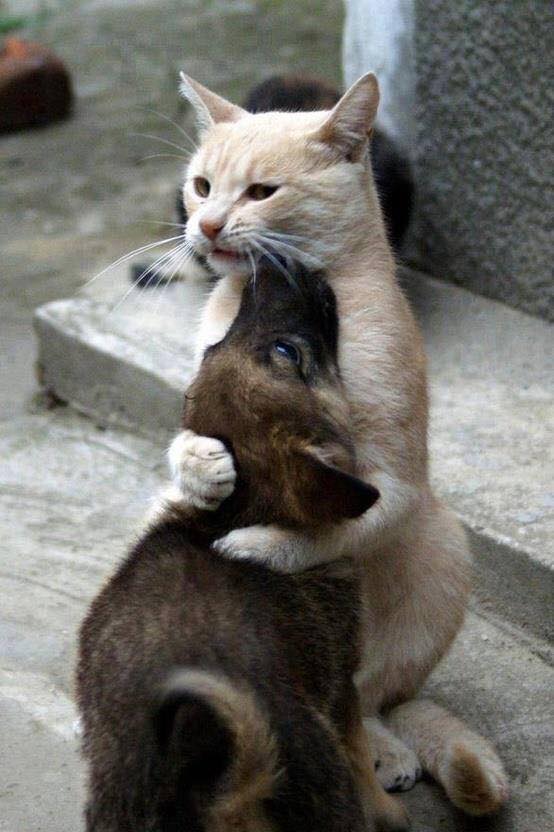 3) After the experience, we know that many animals are morally superior to many people, at least not morally inferior: The mere human moral ability, that means the ability to distinguish and decide between good and evil, is still no merit.
Somebody deserves that only when he positively USE this ability, that is, actually decides for the good.
On the other hand, the ability to moralize creates the danger of morally failing, that is, of deciding to do evil.

Moral ability does not mean moral superiority automatically, but involves the danger of becoming morally inferior – inferior to those who are not capable of morality. (If and to what extent certain animals are capable of morality, we will not discuss in this context.)

4) Who does not close his eyes, ears, brain and heart, to how horribly people treat animals, this one must love the animals more than the people who tyrannize, torture and kill these innocent animals!

One thought on “Do we love animals more than humans?”